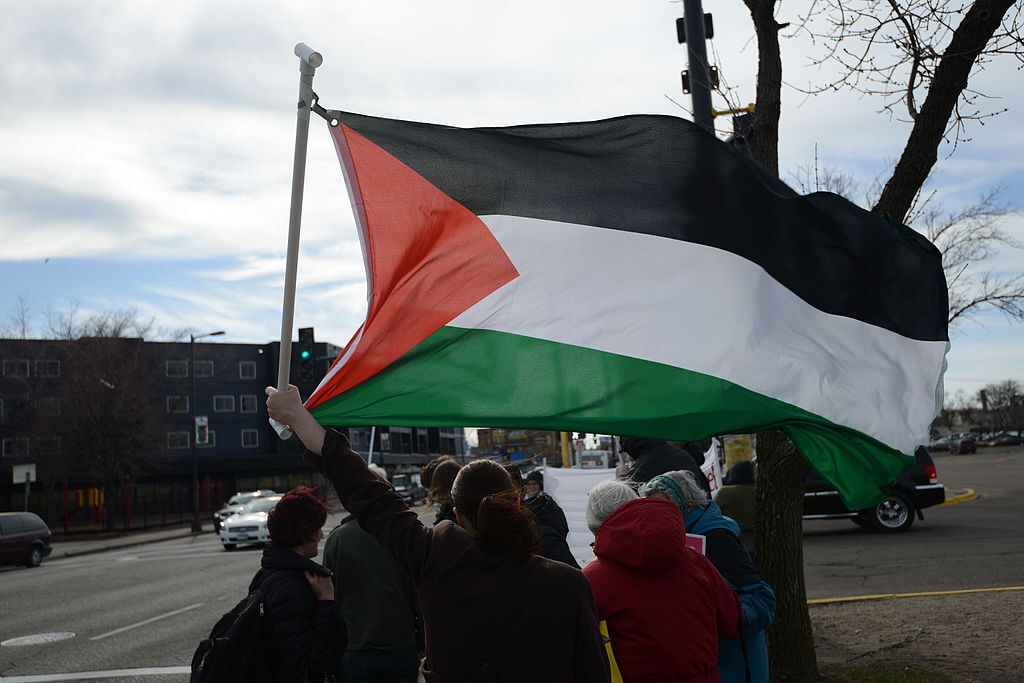 The University of Michigan student government issued a statement Monday accusing Israel of engaging in “apartheid” and “ethnic cleansing” against Palestinians and encouraged students to support anti-Israel legislation in Congress, while totally ignoring Hamas rocket attacks on Israeli civilians.

“The actions of the Israeli occupying forces throughout Palestine are inhumane, international war crimes,” said the statement by the Central Student Government (CSG), claiming that “approximately 20 Palestinians, including nine children, were reported murdered by Israeli airstrikes in Gaza.”

The statement ends with a call for students to endorse the anti-Israel legislation in Congress recently re-introduced by Democratic Representative Betty McCollum, and to follow the Boycott, Divestment, and Sanctions movement and other pro-Palestinian groups on social media.

They also accused the Israeli government of engaging in “ethnic cleansing” against Palestinians and declared that the Israeli-Palestine issue is not a conflict, but “emblematic of Israeli settler-colonialism, ethnic cleansing, and apartheid.”

The radical agenda of the student leaders was clearly evident in their declaration, which said the Israeli-Palestinian issue was just a cover story.

“This is not a ‘conflict,’ but emblematic of Israeli settler-colonialism, ethnic cleansing, and apartheid,” the students said. “The struggle for liberation is worldwide as the disenfranchised continue to fight the interlocked systems of deadly capitalism, colonialism, and imperialism that manifest in global oppression.”

The chapter of Young Americans for Freedom (YAF) at the university fired back with a press release saying they feared the CSG statement could encourage anti-Semitism on campus and that it was “disturbing” for such a prominent student group to back the anti-Israel BDS movement.

“We fear the release will open the door to anti-Semitism against Jewish students at the University of Michigan,” YAF said. “Israel exists as the only stable democracy in the Middle East and has stood as one of America’s most faithful allies in the region since its inception. It is disturbing to see the student government at the preeminent public research university in the U.S. endorsing the Boycott, Divest and Sanctions (BDS) movement against an American ally.”

“It is clear that CSG is using its platform to push radical, left-wing talking points … BDS and anti-Semitism have no place at the University of Michigan,” YAF added.

The Washington Free Beacon reported that there have been several instances of anti-Semitism on the University of Michigan campus in recent years, with one student who wanted to study in Israel being denied a letter of recommendation from a professor who supported an academic boycott against Israel.

Republican Representative Lisa McClain told the Beacon that she wasn’t surprised that the “University of Michigan student government is siding with Hamas over our ally, Israel.”