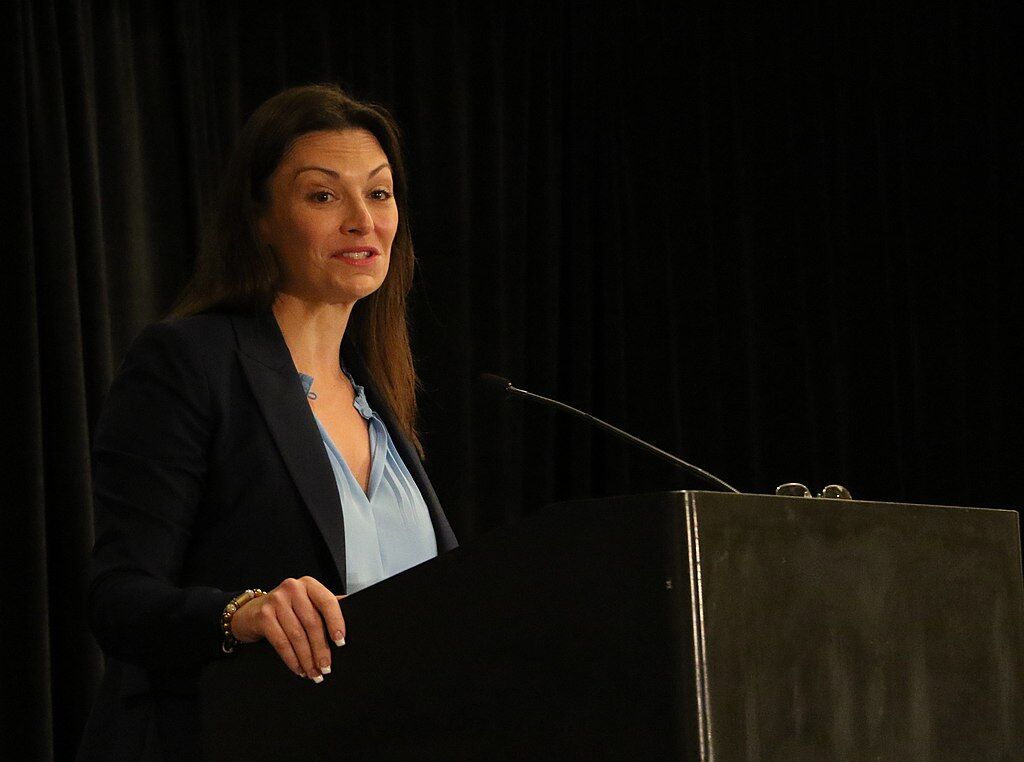 Gov, Ron DeSantis “is doing everything possible to take power away from local governments, taking away people’s abilities to protest, making it harder to vote, talking about, you know, banning books,” Fried alleged.

Asked by co-host Melissa Ross, a reporter for Jacksonville public radio station WJCT, if she was comparing DeSantis to Hitler, Nikki Fried responded, “in a lot of ways, yes.”

DeSantis recently announced his decision to relaunch the Florida State Guard, which was created to serve as a stateside replacement for the Florida National Guard while the National Guard was deployed abroad. Currently non-operational, it was active during WWII.

Currently, 22 US states have their own military reserve. Nevertheless, Fried claimed, “the reason why this governor wants it is different than the other states that have been utilizing it for emergency purposes…

“This governor is doing it for the sole purposes of power and doing so to make fear and to instill that, to blame people for what is happening in their lives, blaming certain parts of our society and culture, and that’s exactly what Hitler did to the Jews back during World War II.”

Later in the interview, she backtracked to an extent, saying, “Do I think that we’re going to get to the extent of Hitler’s power? Of course not.”