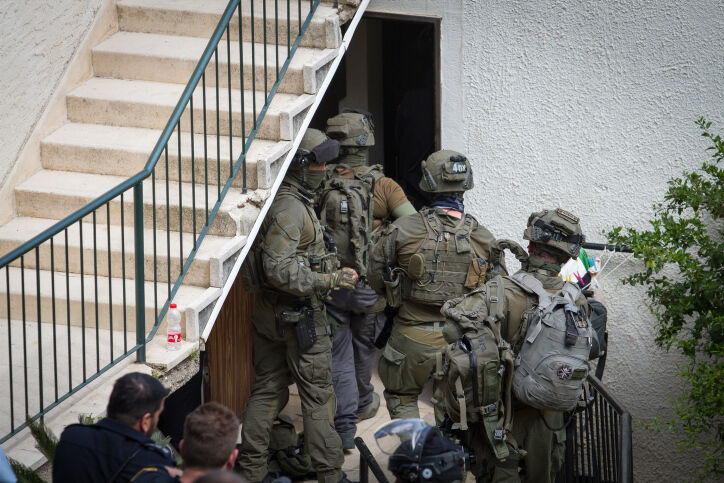 The video shows the Israeli forces coming under fire after surrounding the building in which wanted terrorist Ibrahim Nabulsi and other gunmen had barricaded themselves.

Israel on Tuesday released new footage of the raid in Nablus on Sunday that resulted in the death of wanted Palestinian terrorist Ibrahim Nabulsi and at least one additional gunman.

During the daylight raid, members of Israel’s National Counter-Terror Unit (known by its Hebrew acronym, “Yamam”) surrounded a residential building in Nablus’s Kasbah area where Nabulsi and several other gunmen had barricaded themselves, according to the Israeli military.

The terrorists opened fire at the Israeli forces, leading to an hours-long gun battle. Two terrorists were killed and tens of others were wounded, some critically, according to Palestinian media reports.

The footage also shows the last moments of the unit’s specially trained Belgian Malinois, Zili, who was killed in the exchange of fire after nine years with the force.

During the operation, local residents rioted, hurling rocks and explosive devices at Israeli forces, who responded with riot-dispersal tools as well as live fire.

Nabulsi, known locally as “The Lion of Nablus,” was a member of an unaffiliated terrorist cell, and was responsible for several shooting attacks against Israeli civilians and soldiers in the Nablus region and the surrounding area, including at Joseph’s Tomb, according to the Israeli military.

High on Israel’s wanted list, he had narrowly escaped from the Israeli military several times in the past.

Caption: The Israel Police counter-terror unit (Yamam) prepares to storm a house in Haifa on March 12, 2018.
Photo by Flash90.