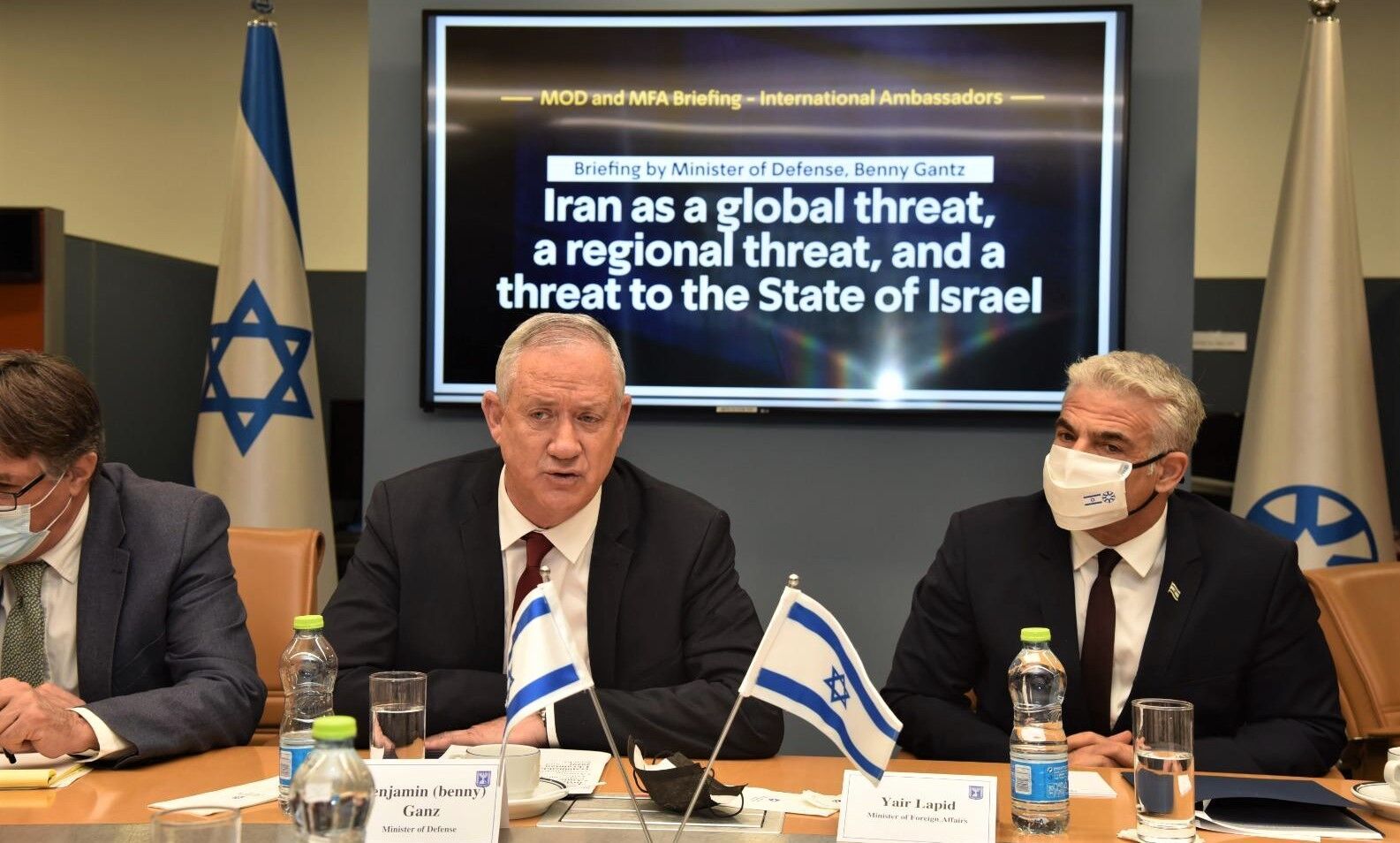 The statesmen said Israel “will maintain the right to act independently in the face of any attack or threat to its citizens and sovereignty.”

Israeli Defense Minister Benny Gantz and Foreign Minister Yair Lapid named the Iranian commander of the unmanned aerial vehicle (UAV) unit of the Islamic Revolutionary Guards Corps (IRGC) as the individual responsible for attacks in the Gulf of Oman on Wednesday.

During a briefing to ambassadors of U.N. Security Council member states at the Israeli Ministry for Foreign Affairs, Gantz said, “Amir Ali Hajizadeh, commander of the IRGC’s air force, is behind dozens of terror attacks in the region employing UAVs and missiles. For the first time, I will also expose the man who is directly responsible for the launch of suicide UAVs; his name is Saeed Ara Jani, and he is the head of the IRGC’s UAV command. The UAV command conducted the attack on the Mercer Street. Saeed Ara Jani plans and provides the training and equipment to conduct terror attacks in the region.”

Israel has repeatedly said Iran is behind the attack.

The briefing is “part of the national effort of the State of Israel to call on the international community to condemn and stop Iranian terror and aggression in the region,” said Israel’s Foreign Ministry.

Gantz and Lapid told the ambassadors that Israel “will maintain the right to act independently in the face of any attack or threat to its citizens and sovereignty.”

They further stressed that the recent attacks are not part of a local or bilateral conflict; rather, they represent “an attack on the international community, and the community should treat it as such and respond.”

A response, they added, “requires unity within the international community; action may be taken through the U.N. Security Council or any other international framework that will hold Iran accountable for its actions.”