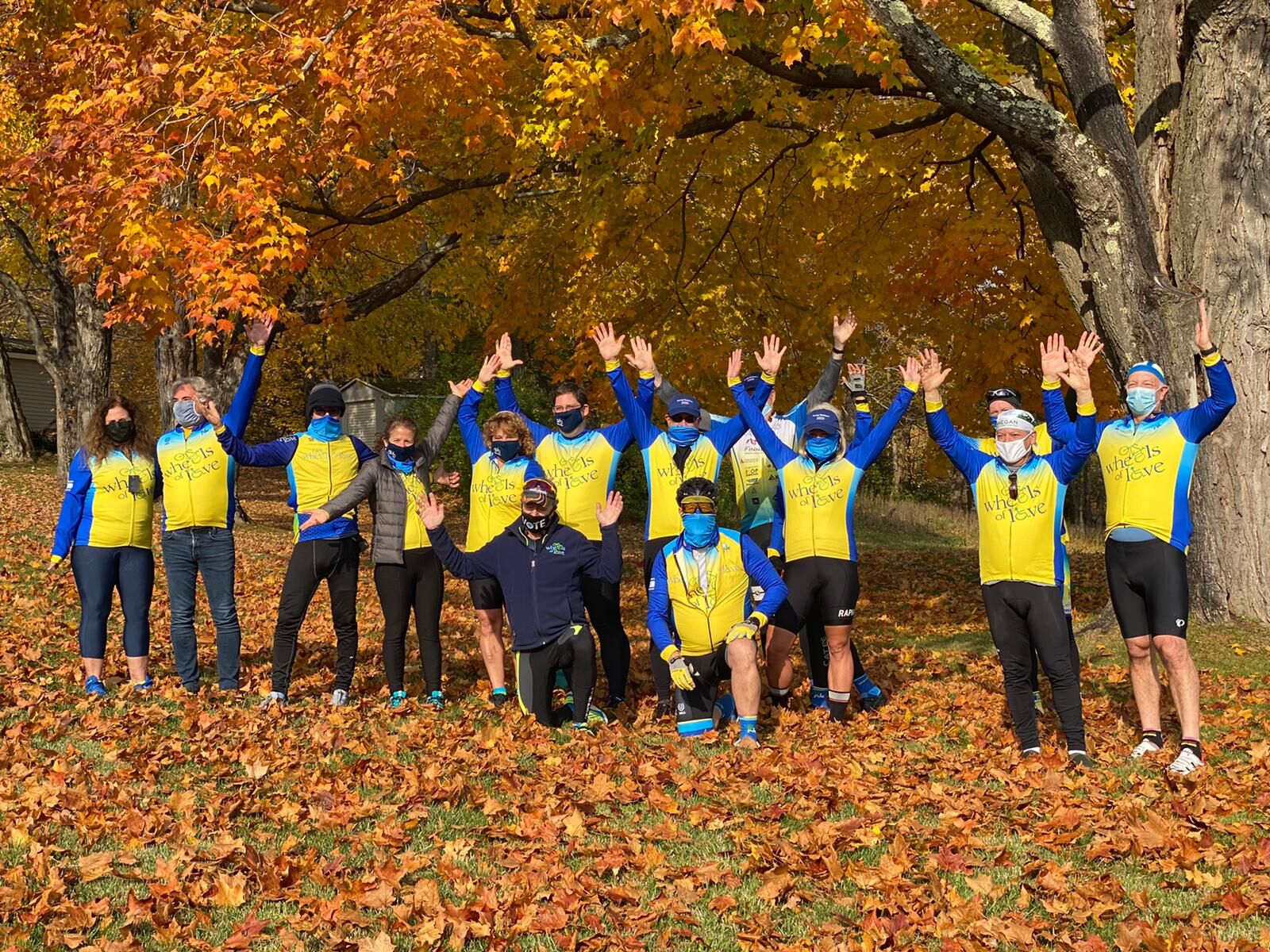 When the pandemic kept them from traveling for the annual charitable ride, Florida residents Brad and Lauren Sokol took matters in their own hands and will have completed 250 miles this month. Says the couple: “We are committed to the children, so how can we take a year off?”

For 20 years, the “Wheels of Love” charity bike ride has created a community of riders from all over the world whose end goal is to raise funds for ALYN Hospital in Jerusalem, Israel’s only pediatric rehabilitation hospital. Last year, the bike ride raised nearly $3 million. This year, the coronavirus pandemic made it impossible for riders from the United States to travel to Israel for the five-day cycling event, and so the American Friends of ALYN Hospital had to adapt the concept to meet the needs of the new reality.

And so #MyALYNRide was created to create personal challenges that can be completed from home and in their communities while continuing to fundraise to benefit the hospital with participants committed to riding hundreds of miles. So far, as much as $1.3 million has been raised with more than 300 riders have taken to their bikes this month. ALYN depends on these funds to help cover the financial gap between the money it receives from referring agencies and the actual costs of its best-in-class and innovative interdisciplinary care of children.

“COVID-19 has impacted everyone, and yet our ALYN community has remained engaged and committed,” assures Maayan Aviv, executive director of American Friends of ALYN Hospital in New York City. “The purposeful support of our donors and volunteers has been both unexpected as well as validating. Fundraising is challenging every year—and this year even more so—and yet they have embraced the cause with passion. We are filled with gratitude for their endeavors.”

Brad Sokol, board chair of the Greater Miami Jewish Federation, and his wife, Lauren, are longtime supporters. When Israel became out of the question, they set up their own #MyALYNRide and will have completed 250 miles this month. Says the couple: “We are committed to the children, so how can we take a year off?”

Dan Blumenthal from Chicago, who cycled 700 miles in October, feels that it’s more challenging to raise the funds this year for two primary reasons. “First, some of the donors are feeling the financial effects of the pandemic, so it is harder for them to donate; and second, with COVID, there is an overwhelming fundraising need for many worthy organizations, which creates a greater scarcity of available charitable funds for ALYN.”

The hospital is a world leader in the field of rehabilitation of children with a wide range of physical disabilities. They are treated as in-patients, as out-patients and at the many day clinics available to address both congenital and acquired problems. Its multicultural staff treats children from all sectors of society and religious backgrounds in Israel, as well as from the Palestinian Authority, Jordan, the United States, Europe, Argentina and Russia.

Sarah Liss from Five Towns, N.Y., rode with a group of friends in memory of Kevin Leifer, a longtime supporter of ALYN. The team rode a “Metric Century” on the North Shore of Long Island, which is a popular term used when describing a 100-kilometer bike ride. “I have seen firsthand what ALYN does for the children from the five years that I rode into the hospital at the end of a challenging ride. The hospital is amazing, the staff is very dedicated, and the children are an inspiration,” she says.

‘Supporting children in dire need of new technology and therapies’

The pandemic has shaken health-care systems worldwide. At ALYN, none are more susceptible to the infectious disease than children with respiratory complications. As the data began to mount, it became clear that should one of the patients contract COVID-19, it could be life-threatening.

In a matter of days, the hospital built a new wing to house the three departments of high-risk patients, including the Respiratory Rehabilitation Department with restricted entrance only. It was a major medical and logistical endeavor requiring hours of planning, purchasing of materials, laying out infrastructures, relocating offices, installing advanced monitoring systems, creating two negative-pressure isolation rooms and more.

Children with severe brain injuries or devastating neurological diseases, as well as those recovering from complex orthopedic procedures or any number of other severe medical conditions need to receive the rehabilitation that is vital to their recovery. As the second lockdown in Israel started this fall, hundreds of the hospital’s patients received their rehabilitation treatments remotely in ALYN’s various multidisciplinary Outpatient Clinics.

“ALYN is and always will be on the front of innovation in supporting their patients,” says Bryan Gartenberg of New York City. “The hospital sets the gold standard for practices and revolutionary thought in supporting children in dire need of new technology and therapies. Much of what is developed in the hospital is adopted around the world.”

This month, he joined with another 18 members of “The Grumpy Roadsters” in a 100-mile ride in the Berkshires. His team hopes to exceed the $300,000 contribution they made last year.

“The funds raised allow us to give the children the treatments and therapies they require, rather than limit the care to the basic needs that are covered by the Israeli national health-care system,” explains Dr. Maurit Beeri, director of the ALYN Hospital. “These children are in a race to overcome injuries and challenges. With every day that passes, their chances diminish. These children don’t have the luxury of postponing their treatments until after the COVID crisis. Their young brains will change irrevocably. Their limbs will stiffen. Their future will be bleaker. How can we leave them behind?”

Caption: “The Grumpy Roadsters” after having completed Day 1 of their #MyALYNRide, October 2020.
Credit: Friends of ALYN Hospital.