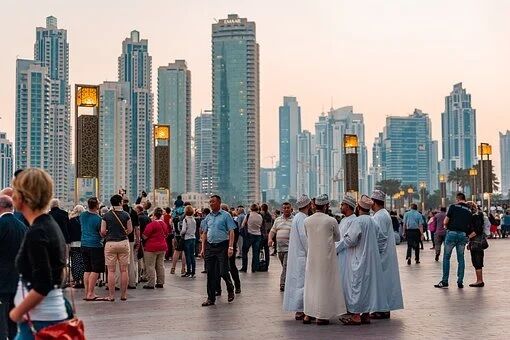 Sheikh Abdullah slammed critics of the deal as supporters of terrorism and extremism.

A sign of the “warm peace” promised by Israeli and Emirati leaders was found in Monday morning’s edition of the Wall Street Journal.

The UAE’s Minister of Foreign Affairs and International Cooperation, Sheikh Abdullah bin Zayed Al Nahyan, penned an op-ed highlighting the benefits of the Israel-UAE peace deal to both countries and the region.

“Normalizing ties between the United Arab Emirates and Israel is a historic diplomatic breakthrough and a hopeful sign that progress in the Middle East is possible,” wrote Abdullah.

“It is a disruptive reminder that Emiratis and Israelis, and all the people of the Middle East, are tired of conflict. The priority now is to continue to modernize our societies and to stabilize the broader region.”

He described the U.S.’s role as “critical” and said that the agreement “happen[ed] only with the influence of American diplomacy and the reassurance of its security commitments.”

He listed “cooperation on the coronavirus and technology, space and energy, investment and food security” as forthcoming areas of Israel-UAE collaboration.

Abdullah also said, in not so many words, that the Palestinians need to catch up with the changing times.

“The Palestinian leadership should use this moment to reorganize its approach and prepare to re-engage in productive discussions,” he wrote. “The pace and scope of normalization won’t be disconnected from progress on Palestinian statehood and rights.”

Abdullah went on to slam critics of the deal as supporters of terrorism and extremism. “Non-Arab countries and a mob of nonstate actors exist in a warped axis of perpetual resistance,” he wrote.

The term “non-Arab countries” likely refers to Iran and Turkey. Both countries’ leaders have vigorously condemned the Israel-UAE peace agreement.

“They advocate one brand or another of extremism. They are nostalgic over lost empires or obsess over a new caliphate. They produce and thrive on conflict, disorder and instability. They bash America, Israel and the UAE. They have been the most vicious critics of normalization.”

“These and thousands of other small and large steps will carry the message of peace, shalom and salaam throughout the region.”