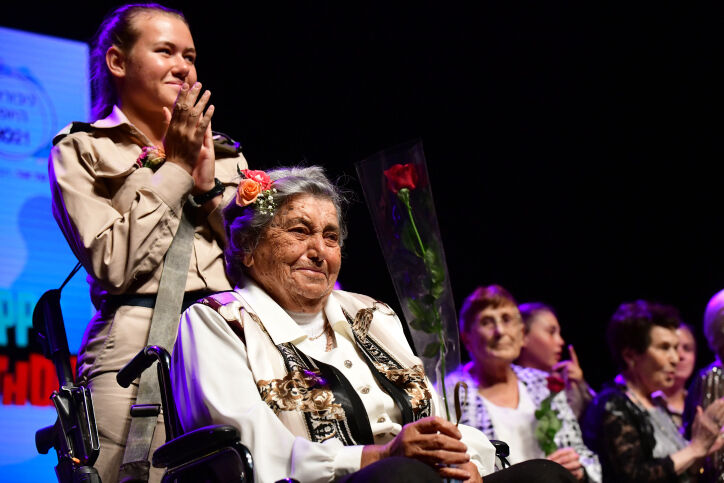 The average age of Israel’s 165,800 remaining survivors is now 85, according to the Holocaust Survivors’ Rights Authority • “Our watch is the last watch,” says Israeli Social Equality Minister Meirav Cohen.

Over the past year, 15,324 Holocaust survivors died in Israel, according to data published on Wednesday by the country’s Social Equality Ministry.

According to the report, published by the ministry’s Holocaust Survivors’ Rights Authority on the eve of International Holocaust Remembrance Day, there are currently 165,800 survivors in Israel, 90% of whom are 80 or older. The average age of survivors is 85. Some 31,000, or 19%, are over 90, and over 950 are over 100. Sixty percent of the survivors known to the Authority are women, with the average age among this group being 85.4.

The other 36% of known survivors in Israel were born in Asia and North Africa, including 30,600 Moroccan and Algerian-born citizens who suffered under France’s Vichy government. These include 18,000 Baghdad natives who were victimized by anti-Semitic rioting in Iraq in June 1941. Another 11,000 were born in Tunisia and Libya and were subjected to race laws and sent to labor camps.

In 2021, the Authority transferred some 4.1 billion shekels ($1.29 billion) in stipends and grants directly to survivors. A total of 50,800 survivors who lived through the camps and the ghettos, lived under assumed identities or in hiding, worked in labor camps or were with their parents who worked as forced laborers receive monthly stipends ranging from 2,554-6,412 shekels ($803-$2,017), based on their level of disability. Of these, 15,500 low-income survivors receive monthly stipends of up to 11,729 shekels ($3,690).

The Holocaust Survivors’ Rights Authority also provides monthly stipends to some 18,000 widows and widowers of survivors.

“Our watch is the last watch, and it comes with great responsibility. The average age of Holocaust survivors is 85. These are the last years we have to serve them, allow them to age in dignity and also document as many of their stories as possible, because not long from now, there won’t be anyone to tell them,” said Social Equality Minister Meirav Cohen.