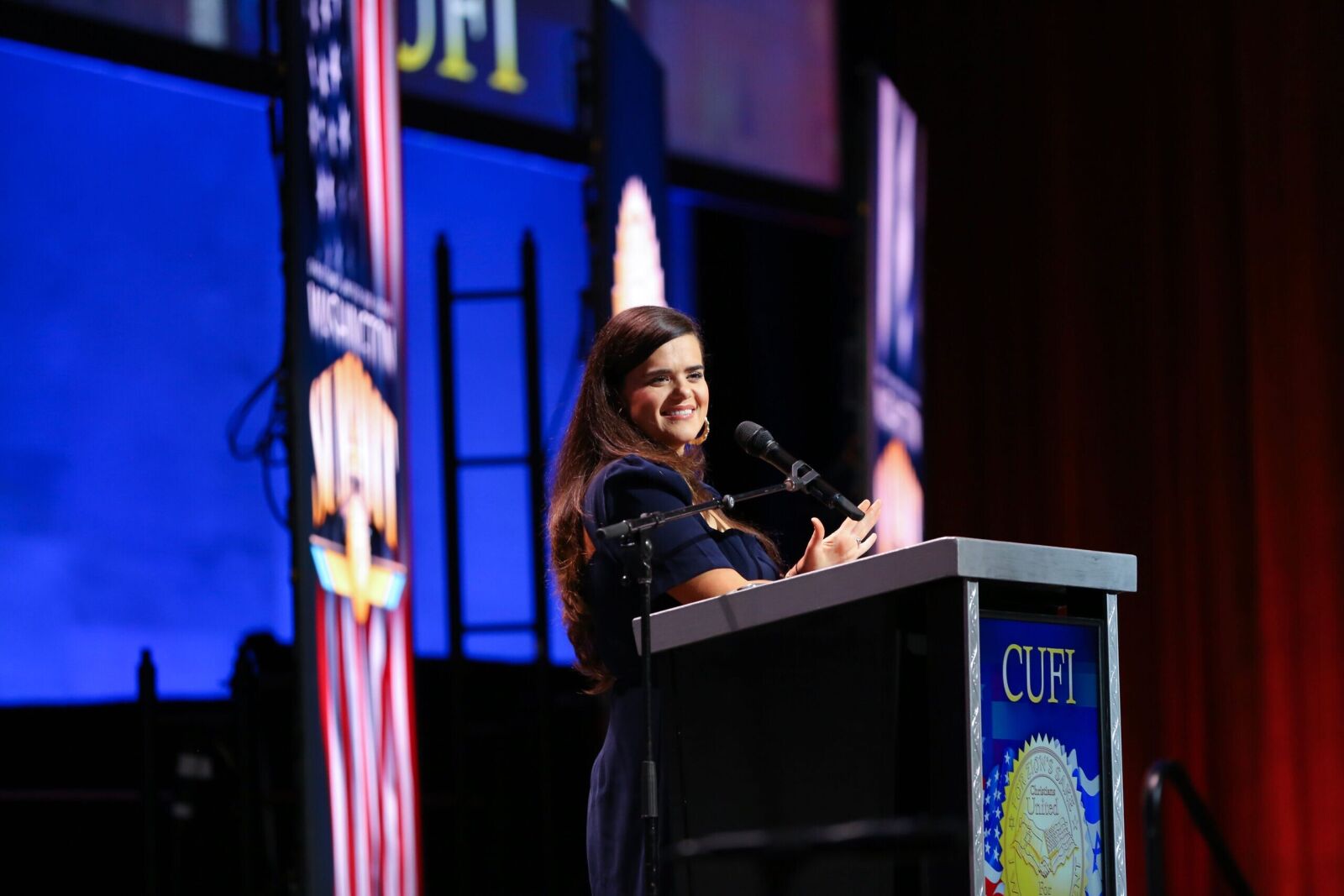 “Our support for Israel has no bounds, has no jurisdiction. We go where the fight is. If it’s in politics, we’re there; if it’s on campus, our students are there. If it’s on social media, our employees are there,” said Sandra Hagee Parker.

Speaking at Christian’s United for Israel’s 2021 summit in Dallas on Monday, Sandra Hagee Parker, chair of the CUFI Action Fund and daughter of CUFI founder Pastor John Hagee, the organization’s advocacy wing, said with some force that the multiple polls indicating waning support for Israel among evangelicals are false.

Parker said she originally planned on speaking about the work her organization was doing in state capitals across the United States to support a pro-Israel agenda, but after the number of questions she had received from reporters on the topic, she felt the need to address what she called the “elephant in the room.”

She said it was a fallacy that evangelical support is waning or that it is so closely tied to the Republican Party that their influence is waning with a Democratic administration and Democrats in charge of Congress. Nor, she said, is it weakened by Israel’s new government in the Knesset, which no longer is led by conservative Prime Minister Benjamin Netanyahu.

“Christians have supported every Israeli leader since [first Prime Minister David] Ben-Gurion, and that will not change,” said Parker. “Shame on anybody for thinking that our power comes from an administration, comes from a person, comes from a party.”

While the politicians who spoke at the summit were from the Republican Party, Parker said that CUFI itself will not treat Israel as a political football, applying the same condemnation for Republicans spouting anti-Semitic statements such as Rep. Marjorie Taylor Greene (R-Ga.) as much as it does Rep. Ilhan Omar (D-Minn.).

“Whether you’re a Democrat or whether you’re a Republican, if you care at all about the politics you aim to support, you should demand that your party clean its own house and take the fringe elements outside, not just merely to the sidelines,” she said. “Kick them out of the party and take a stand once again, and make sure that Israel never becomes a partisan political football because it is just too important.”

The stories and polls, she stated, are efforts to discredit their work, saying it loud enough and frequently enough to make it truth.

“We will support Israel, and we will continue to confront anti-Semitism in all its forms wherever it can be found—in the schoolhouse, in the church house, in your house, in the White House—it doesn’t matter,” said Parker. “Our support for Israel has no bounds, has no jurisdiction. We go where the fight is. If it’s in politics, we’re there; if it’s on campus, our students are there. If it’s on social media, our employees are there.”

The invitation-only audience of leaders and donors at the summit included 145 college students who are members of CUFI on Campus, a college outreach program. She said if it was a full summit like they usually hold in Washington, D.C., there would be as many college students as the total attendance this year that filled an entire ballroom at the conference, which stood at around 700.

Parker said the organization has more than 350 campus chapters and hundreds of members of Israel Collective members, a CUFI initiative targeted at millennials. The summit later heard from CUFI on campus and Israel Collective leaders speaking about their work.

“So keep your survey, keep pushing your pencils; we have a 15-year track record and 10 million members that prove you wrong,” Parker concluded to wild applause.