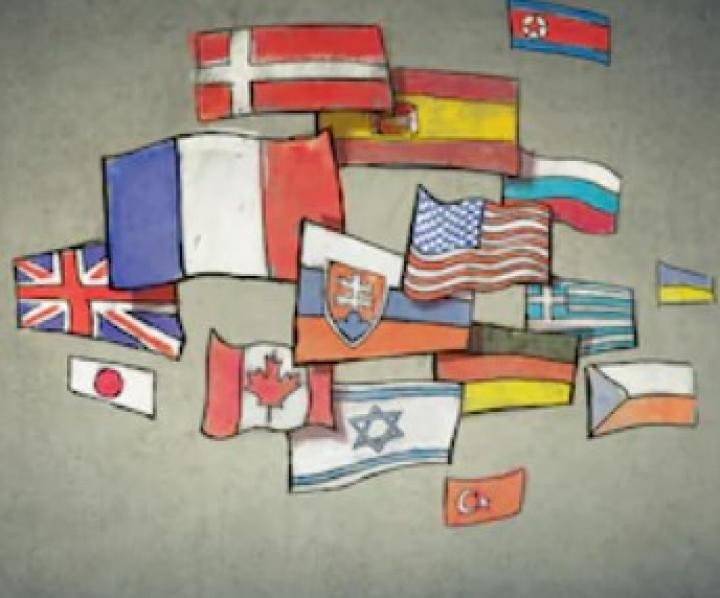 ➉
Spell checking in Swedish and speech recognition in Portuguese are just some of the options available.
To use a different language other than the "default" language used on your computer, you need to download and install a language pack.
Notes:
All language packs include the ability to type and view menus in a particular language.  Note that you DO NOT need a keyboard with engraved letters to type in a particular language.  You just have to know which keys belong to which letters. Call me if you want information as to where to engrave your keyboard.

Different users can have different default languages.  One user can automatically view menus and type in English.  Another user (e.g. a family member or co-worker)  can logon using a different user name and have Hebrew menus displayed and the computer set to type automatically in Hebrew.

Microsoft Office, as well as other programs, come with their own language packs.  These often include spell checking, grammar checking, a thesaurus for synonyms, alphabetical sorting options, and auto-correct options (misspellings are highlighted and suggestions are offered).
You cannot add languages to Windows 10 Home Single Language and Windows 10 Home Country Specific editions.  Fortunately, these editions seem to be rare - I haven't seen them yet.
The English language pack includes the following language features:  basic language, fonts, handwriting, OCR, speech, and text to speech.
Basic language - Menus, help screens, error messages (and other user interface items),  typing, fonts and spell checking are in a particular language.
Fonts - Besides the basic fonts that come with Windows, you can also download free (and for-pay) fonts in many languages.
Handwriting -  This allows the computer to read your handwriting.  It's used on tablets or touch-screens to allow the user to input text "by hand" -- without a keyboard.
OCR - This is short for Optical Character Recognition.  OCR lets your computer turn a picture of text (perhaps a document scanned into your computer) into the appropriate letters and words.  The computer's success depends on the quality of the picture and the format of the text.
The more standard the format and sharper the picture - the better the OCR.  It's useful for converting scanned documents into editable text.  Some PDF files are actually pictures of text and need to be OCR'd in order to be edited. My experience is that OCR works better in English than in Hebrew.
Speech - aka as speech recognition.  This lets the computer "understand" your speech.  It lets you give the computer voice commands and also lets you "dictate" text.  It's excellent for poor typists, poor spellers, or people who want to dictate while cooking, cleaning or wood-carving.  You can even specify "Recognize non-native accents for this language."
Text-to-speech - This feature allows the computer to "read" the text on the screen out loud.  It's excellent for people with sight problems or people who want to "listen" to a text while cooking, cleaning, or wood-carving.
Other languages have similar or fewer language options.  Hebrew, for example, only comes with basic language, fonts, and text-to-speech.
For more information:

How to Install and Change Languages in Windows 10

CompuTip - Wallpaper of the Week N-305

Breath better and Live longer with a home Air Purifier

CompuTip - Wallpaper of the Week J-305