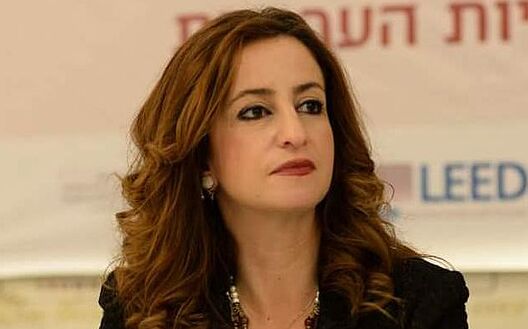 Although the struggling coalition had already lost its majority and was sitting at 60 seats after the departure of MK Idit Silman last month, the latest loss could prove to be the death blow that will trigger the dissolving of the Knesset and new elections in the fall.

Ghaida Rinawie Zoabi from the Meretz party announced that she was leaving the government in an open letter, which reportedly surprised Bennett and Foreign Minister Yair Lapid.

She said that she was leaving the government due to what she said was the right-wing parties’ control over policy and neglect around issues concerning the Arab community.

“I entered politics because I saw myself as an emissary of Arab society, which I represent,” she wrote.

“Again and again, the coalition leaders have preferred to take hawkish, rigid and right-wing positions on extremely important basic issues for the whole of Arab society, such as Al-Aqsa [Mosque] and the Temple Mount, Sheikh Jarrah, settlement [expansion] and the occupation, house destruction and land expropriation in Arab communities in the Negev, and of course the Citizenship Law.”

She added that she “encountered complete disinterest towards the real needs of the Arab communities, with an emphasis on the areas of local authority development, housing issues, employment and education.”

The lawmaker, who was previously viewed as a potential maverick and a danger to coalition stability, was appointed as Israel’s consul general in Shanghai in February 2022.

In the letter, Zoabi said that she would not be accepting that position, as was previously expected.

At the time, many questioned the appointment of Zoabi to a senior diplomatic position when she had admitted publicly that she does not know the lyrics to Israel’s national anthem and reportedly holds anti-Zionist views.

The decision to send Zoabi to Shanghai also came on the heels of reports concerning her votes on critical coalition issues, such as a bill to draft ultra-Orthodox Jews into the Israeli army.

Some theorized that the appointment was a way to preemptively stop Zoabi from compromising future votes and avoiding a potential coalition crisis down the road.

A majority of 61 seats in the 120 member Knesset is needed to pass much legislation.

Although the coalition had been counting on support from opposition parties for specific measures after the departure of MK Idit Silman left them with just 60 votes, Zoabi’s departure marks a major shift in the viability of the government.

Shortly after Zoabi’s announcement, the opposition announced that it would bring a no-confidence vote to the Knesset next Wednesday.

If Silman and Zoabi vote with the opposition and the measure gains 61 votes, the government will be dissolved and new elections will likely take place in September 2022. Bennett would remain prime minister in the interim.