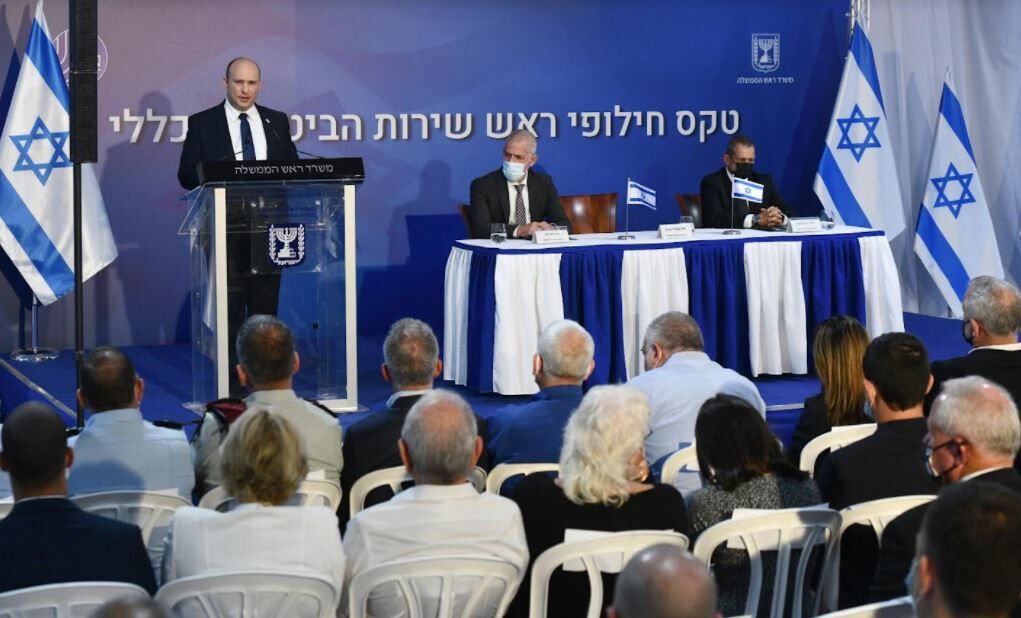 “I am certain that you will elevate the security agency to new heights,” says Prime Minister Naftali Bennett. “Your success is our success.”

“This is a special moment—the passing of the demanding responsibility from one director to another,” Bennett said at the ceremony, held at the Prime Minister’s Office in Jerusalem.

The prime minister praised Argaman for the “special and precise spirit” that he brought to his service, on the one hand, and his “responsibility and wisdom” on the other.

“We face a huge terror machine that does not rest,” said Bennett. “We must always be one step ahead of [it] … Allowing the enemy to build up its strength and the terrorist organizations to become terrorist states, with armies and thousands of missiles, is not an option,” he added.

Addressing Bar—whose appointment was approved by the Cabinet on Monday—Bennett said, “Ronen, you have dedicated your entire adult life to the security of Israel. You have an impressive record in the [Israel Defense Forces] … and in the ISA. As a fighter and a commander, you risked your life more than once, and have commanded a long series of operations and actions that contributed to the defense of the state and its citizens. I am certain that, thanks to your abilities and experience, you will elevate the ISA to new heights. Your success is our success.”

He has a bachelor’s degree in political science and philosophy from Tel Aviv University and a master’s degree in public management from Harvard University. He is married with three children.

Caption: Israeli Prime Minister Naftali Bennett speaks at the changing-of-the guard ceremony, at the Prime Minister's Office in Jerusalem, for the outgoing and incoming head of the Shin Bet. To his right is incoming director Ronen Bar, seated next to outgoing head Nadav Argaman. Oct. 14, 2021.
Credit: Haim Zach/GPO.