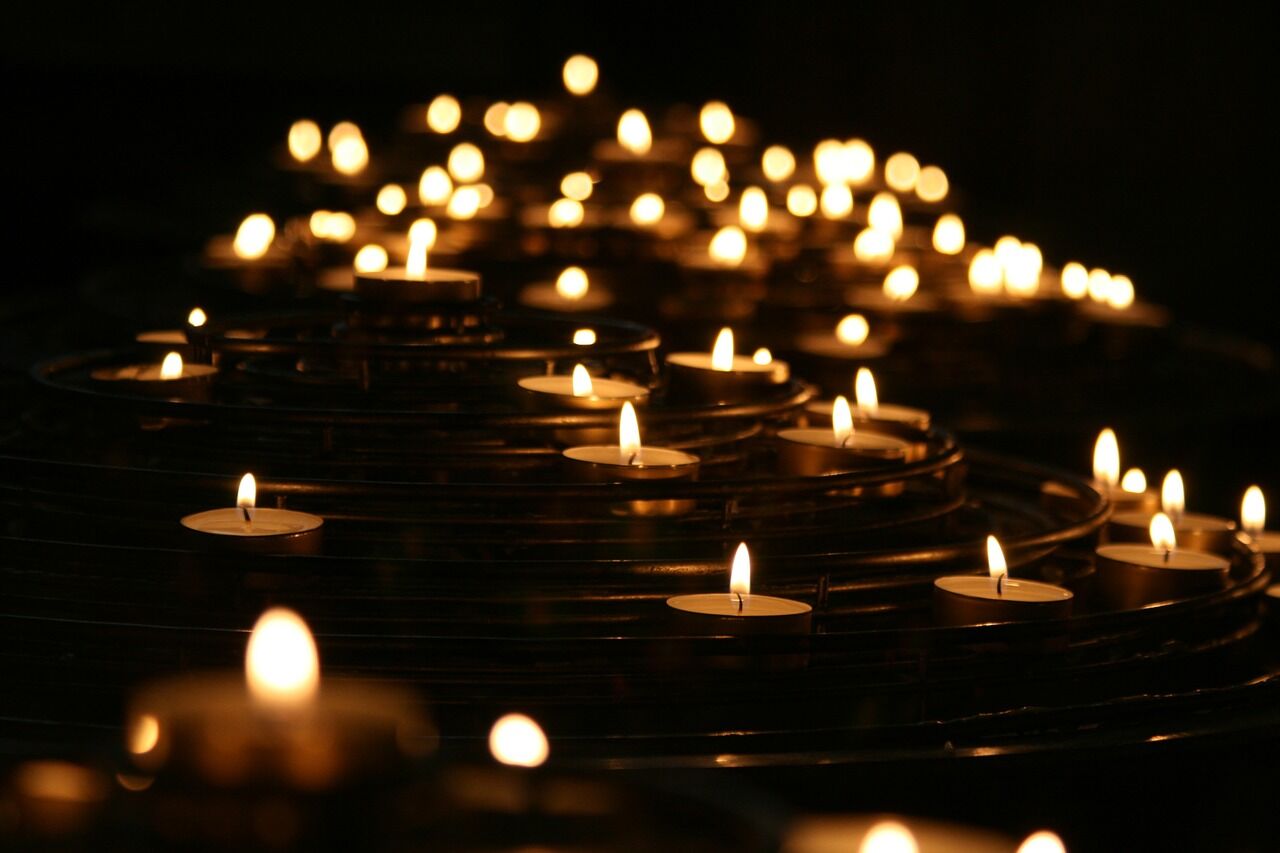 By Ebin Sandler, United with Israel -

As Yom Hazikaron – Israel’s Memorial Day for Fallen Soldiers and Victims of Terror – approached in 2016, Dr. Melissa Jane Kronfeld and Andrew Davidsburg sought a meaningful way to keep alive the memories of Israelis of all religions and ethnicities murdered by Palestinian terrorists.

Giving terror victims a voice of their own was not the only innovation Kronfeld and Davidsburg brought to the project, which they named Fallen Faces.

Kronfeld and Davidsburg developed a strategy to leverage the algorithm used by Facebook to ensure that their message achieved maximum impact.

“We actually use the Facebook algorithm against itself in a way that had not been done before,” explained Kronfeld, describing Fallen Faces’ positive take on the phenomenon of “social media disruption.”

“We ask people to change their profile pictures from images of themselves to photos of victims of Palestinian terror. One of the reasons we did this is because changing your profile picture triggers the Facebook algorithm to place your post at the top of your friends’ feeds, garnering more likes and comments.

“Facebook profile photos have more interactions and engagement than any other picture you post, and the algorithm actually encourages people to change their profile pictures. Knowing this, we designed the project to maximize the Facebook algorithm to spread the images and memories of Israelis killed by Palestinian terrorists.”

Before launching the project, Kronfeld and Davidsburg researched the life stories of dozens of victims, writing biographies in the first person as if they were these individuals. The biographies are included with the victims’ photos. When people on Facebook click on their friends’ new profile photos, they can then read about the lives of Israelis who left behind young children, loving parents, and adoring spouses.

“Because of the way Facebook’s technology works, they push our posts right to the top of users’ feeds,” added Kronfeld.

Kronfeld, who has earned four degrees focusing on terrorism, continued, “Because of my academic background and doctoral research, I have an encyclopedic knowledge of the terrorists. I know their names and their bios. I know where they’re from and their whole background. But I realized I didn’t know anything about the victims. I wanted to tell their stories.”

The response to the campaign after it went live in 2018 was overwhelming.

“When we launched, it was a massive success. It went viral. The Israeli Ministry of Foreign Affairs was thrilled. Even when the project had less activity, we were still getting 10 to 30 likes and comments every day,” said Kronfeld.

“We’ve had an enormous number of people signing up to participate and between all of our communications channels are able to reach about 30,000 people.”

“During the past year, a young woman from Canada reached out to say that her school used the project for class. The teacher not only had students study the materials, she had each student memorize a biography of one terror victim,” Kronfeld said.

“We wanted people to use Fallen Faces as a resource in ways we hadn’t even thought of, so that was very gratifying for us.”

Kronfeld and Davidsburg have also experienced transcendent moments in their quest to memorialize Israelis who perished.

“Our post about Miriam Tzerafi turned into a magical story,” explained Kronfeld. “She was killed in 1989, leaving behind three young children. I connected with her because my Hebrew name is Miriam.

“I couldn’t find any photos of Miriam and didn’t know how we were going to post her story. Just in the nick of time, I got in touch with her younger sister Ruhama Raz, who happens to be an iconic Israeli singer. She not only provided a photo, she shared more of Miriam’s story with me.”

Through her work with Fallen Faces, Kronfeld has formed “special relationships” with family members of some of the victims featured in the project.

For example, Kronfeld forged a bond with the father of Avraham Moses, a 16-year-old Israeli from Efrat who was murdered in the Mercaz HaRav massacre in Jerusalem in 2008.

“Naftali Moses reached out to me and said our tribute to Avraham was beautiful. The relationship with him that has grown out of Fallen Faces is truly remarkable.”

“Four or five other families have reached out to us. We’ve received nothing but heartfelt gratitude. People say, ‘Thank you for reminding the world about our loved ones.’

“As Jews, we say ‘never forget,’ but let’s really do that. Let’s remember these souls and celebrate their lives. Their deaths were horrific, but that doesn’t mean their legacy can’t be beautiful and inspiring.”

During her discussion with United with Israel, Kronfeld reflected on the first time terrorism “became real” for her, after she immigrated to the Jewish state.

“For me, it was stopping in front of Dizengoff Center in Tel Aviv where the Purim suicide bombing happened in 1996. Thirteen people were killed, and I just thought to myself, it could happen any time.”

“I had the same reaction the first time I walked into Mike’s Place,” a bar in Tel Aviv where two suicide bombers killed three people and injured 50 others in 2003.

“I could see it in my mind, the attack. I thought, I could be a victim of something like that.”

More recently, Kronfeld was in the Gush Etzion bloc in close proximity to two attacks that had just happened, a stabbing and a car-ramming.

“I saw the aftermath. I saw the terrorist trying to run off after the stabbing,” she said. “That was a turning point, when I realized how important our project is.”

“Incidents like that make me want to fight harder, to tell more stories. I want the world to experience that feeling. I don’t feel scared or like a victim, but I wish the world could understand what it’s like to be an Israeli and know it could have been you when the bomb detonated.”

Kronfeld said she wants people, wherever they live, to “stop, look around, and imagine someone was to detonate a bomb or a suicide vest” right next to them.

“Imagine you’re right next to the carnage and horror. That is terrorism. That’s not brave. It’s not ‘freedom fighting.’ It’s murder.”

At the same time, Kronfeld acknowledges that terror itself is not “bound by borders.”

As an expert in extremism and the various layers of geopolitical struggles, Kronfeld said she is “concerned from a historical standpoint,” specifically with regard to the recent terror wave in Europe, which included a beheading in France and a shooting in Germany.

Returning to Fallen Faces, Kronfeld hopes it can keep the issue of terrorism front and center in people’s minds.

“We’re bringing the humanity back to victims’ lives in a way that journalism can’t. Fallen Faces has the element of surprise. When you share what an amazing mother a terror victim was, and express how much her children loved her, that is a reality that many people never confront.”

It’s time to stop counting Jews in the Cabinet

In Israel, women ‘juggle it all’ with motherhood, degrees, even high-tech startups

The many reasons Biden should not enrich Iran’s rulers