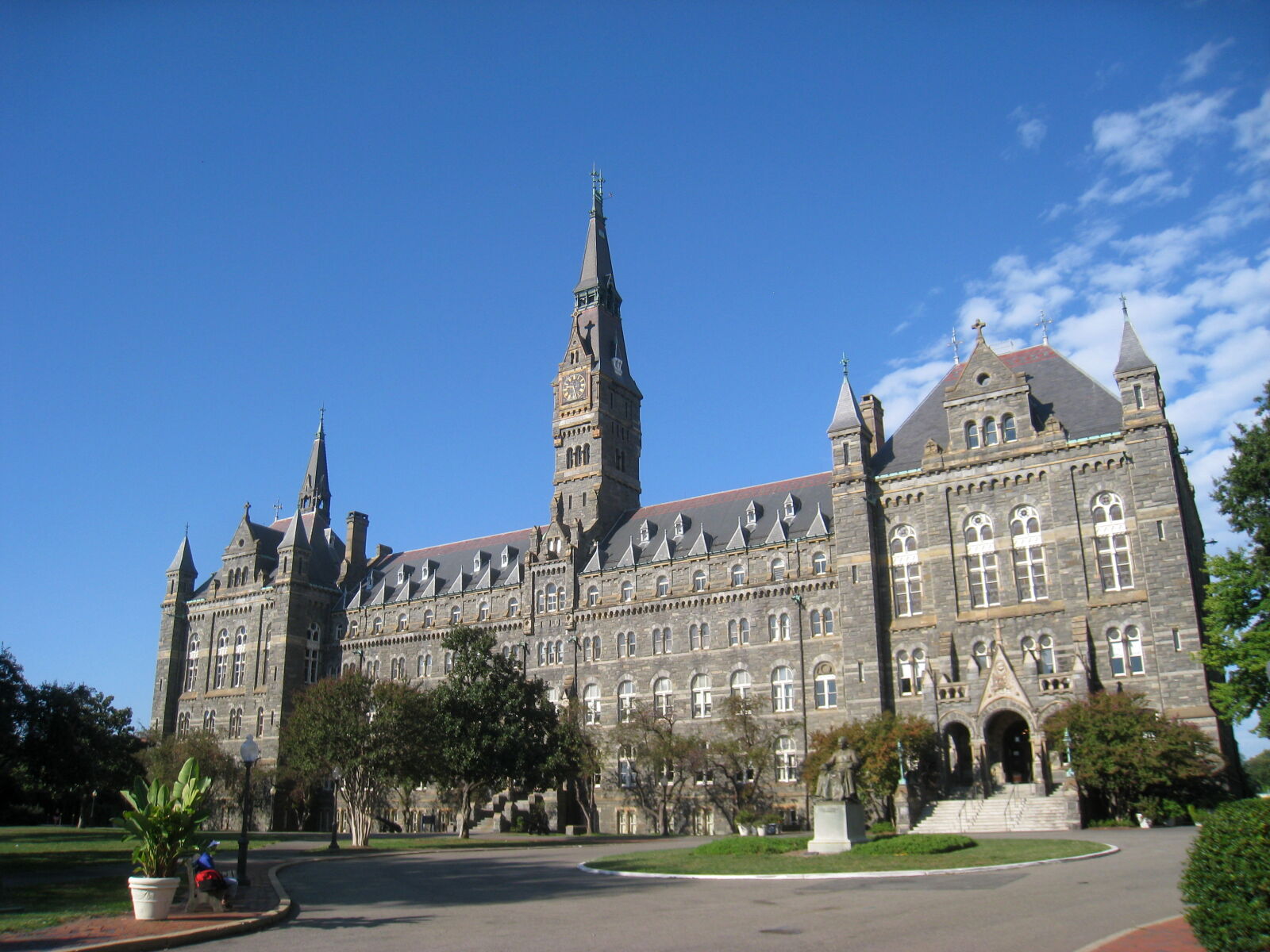 Islamic theologian Mouhanad Khorchide also censured equating “the beginning of the murder of millions of Jews with a raid.”

The Combat Anti-Semitism Movement, an anti-Semitism watchdog group, is calling on Georgetown University to take concrete action over an article in a publication of one of its programs.

The article, written by Austrian political scientist Farid Hafez in the Bridge Initiative—a multi-year research project on Islamophobia in Georgetown University—“exploited and cheapened the memory of the Kristallnacht pogrom, in order to criticize the Austrian government’s actions tackling radical Islamism,” the group said.

In the piece, Hafez criticized the recent questioning by Austrian authorities of dozens of people it suspects of being radical Islamist activists, which “reminded” him of the treatment of Uyghur Muslims by China. He also claimed that the actions of the Austrian government “undermines the credibility of its Kristallnacht commemorations,” noting that the arrests occurred on the anniversary of the infamous pogrom.

Meanwhile, Austrian sociologist and Islamic theologian Mouhanad Khorchide also censured equating “the beginning of the murder of millions of Jews with a raid.”

The University of Salzburg, where Hafez is currently a lecturer and researcher, has also publicly distanced itself from his article. Its rector, Hendrik Lehnert, indicated that disciplinary procedures are being examined. The head of its political-science department, Professor Reinhard Heinisch, said he has “absolutely no understanding for comparing the procedure in a democratic constitutional state like Austria with events during the Nazi era.”

Combat Anti-Semitism Movement notes that by comparison, no such public condemnation or even acknowledgment of the offense caused by Hafez’s article has been forthcoming from Georgetown. CAM strongly urges the university to publicly distance itself from the article, censure Hafez and thoroughly review publication procedures at the Bridge Initiative.

“There can be no excuse for abusing the memory of the Holocaust in order to make a political point,” said Sacha Roytman-Dratwa, director of the Combat Anti-Semitism Movement. “Farid Hafez’s article demeans the unparalleled persecution of Jews by the Nazis and cheapens the memory of all those who suffered. Doing so only undermines today’s ongoing struggle against anti-Semitism, racism and hatred.”

The future of a divided America rests with Martin Luther King

Pardon for a terrorist?

Wendy Sherman and the art of failing upward