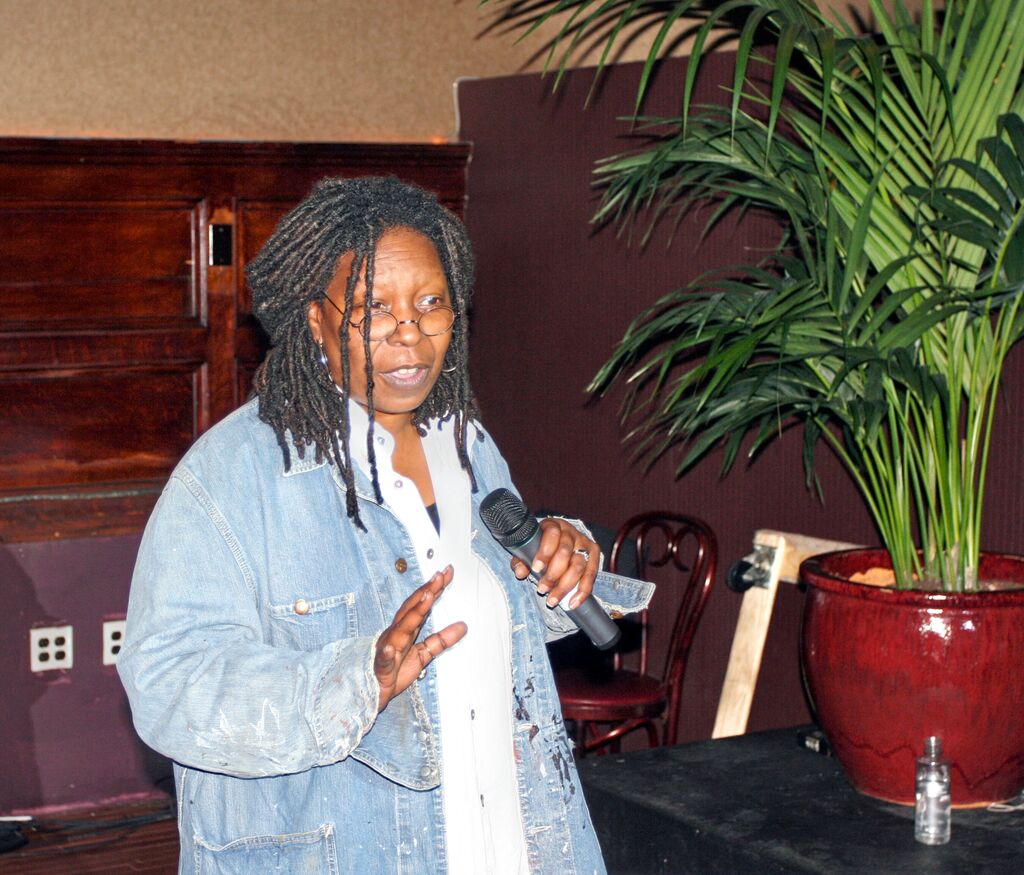 Critics erupted Tuesday after TV host and actress Whoopi Goldberg questioned whether Hamas and the Taliban are terrorists on the show The View.

The four women on the panel were discussing presumptive House Speaker Kevin McCarthy’s intention to remove the anti-Israel, progressive Democrat Ilhan Omar from the Foreign Affairs and Defense Committee due to her antisemitism.

TV host Sara Haines said there was “one thing” the Michigan Representative had said last year that “bothered” her – “when she tweeted something comparing the U.S., Israel, Hamas and the Taliban as all terrorist organizations.”

“She has maybe way more knowledge and experience in the very complicated Middle Eastern relations,” Haines continued, “but I did find that being on a foreign committee and comparing the country to a terrorist, known terrorists, those are organized terrorist communities. Not Israel, but Hamas and the Taliban.”

At this point, Goldberg interrupted, saying, “Depends on who you talk to.”

Haines first responded, “Right,” but then immediately added, “Well, that’s how they’re recognized, as terrorist organizations.” The other two hosts seemingly backed Goldberg, with one, Sunny Hostin, repeating Goldberg’s statement, and the other, Joy Behar, pointing out that those groups are “recognized in this country [as terrorists].”

Israel, Canada, the EU, Japan, Australia and the UK – besides the U.S. – have all designated Hamas as a terrorist organization.

Andrew Ghalili, a foreign policy analyst for the Jewish Institute for National Security of America (JINSA) tweeted, “???? One host on The View says that Hamas is a terrorist organization, and two of the others respond with ‘well it depends who you talk to.’ Yeah, indeed it does. And the people who disagree are terrorist-sympathizing bigots.”

One person called Goldberg a “terrorist apologist” and another pointed out that “Hamas is responsible for heinous attacks on civilians. I think that qualifies as terrorists.”

In their criticism, the Israel Advocacy Movement brought up a previous controversy involving Goldberg that was called out as antisemitism.

“Remember when Whoopi Goldberg claimed the Holocaust wasn’t racism, it was white people fighting white people? Well, she’s at it again… This time she felt it appropriate to proclaim that not everyone thinks that Hamas are terrorists,” the NGO tweeted.

Goldberg eventually apologized for her Holocaust-related remarks, which had earned her a two-week suspension from her hosting job.

The statement Haines referred to on Tuesday came in June last year, when Omar had taken to Twitter to say, “We have seen unthinkable atrocities committed by the U.S., Hamas, Israel, Afghanistan, and the Taliban. We must have the same level of accountability and justice for all victims of crimes against humanity.”

She then backed off after the comment raised a storm of protest, saying her remarks were “not a moral comparison.” Even so, she received a rare rebuke from her party’s leadership for “drawing false equivalences between democracies like the U.S. and Israel and groups that engage in terrorism like Hamas and the Taliban.”