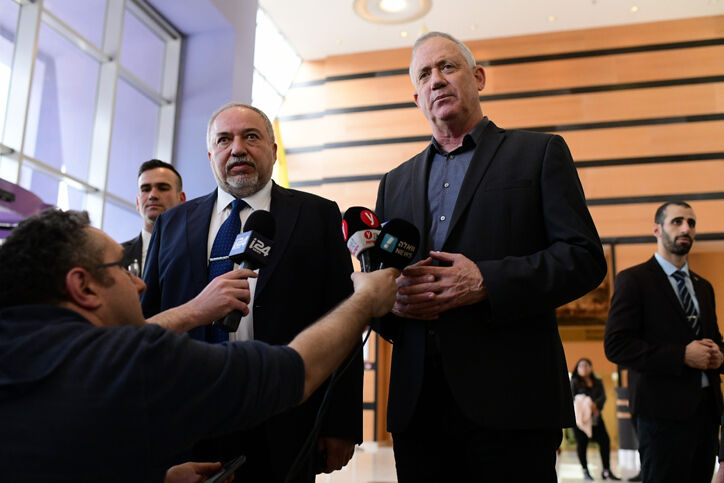 The understandings include the allocation of $230 million for the home front; the treatment and recognition of wounded IDF veterans; and funding for a scholarship program for those who completed military or national service.

Israeli Prime Minister Naftali Bennett, Finance Minister Avigdor Lieberman and Defense Minister Benny Gantz have agreed on a defense budget to be passed as part of the state budget for 2022: 58 billion shekels ($17.8 billion).

The ministers agreed that the defense budget would enable the Israeli military to equip and strengthen itself in light of current threats, with an emphasis on acquisitions from defense firms based in the Israeli periphery.

The understandings also included an allocation of 750 million shekels ($230 million) for the home front; promotion of reforms in the treatment and recognition of wounded Israel Defense Forces veterans; and full funding for a scholarship program for veterans of IDF service and national service.

A decision was also taken to decide on the length of compulsory IDF service, based on a balanced framework that the Defense Ministry has laid out.

“The prime minister, finance minister and defense minister welcome the agreement and call on all ministers and ministries to reach understandings as soon as possible, so the state budget can be approved in an orderly manner in the Cabinet and the Knesset,” according to an official statement.

Meanwhile, according to reports on Tuesday, Lieberman wanted the defense establishment to invest more resources in the IDF’s ground forces, particularly long-range, precise ground missiles, and thinks that the defense apparatus spends liberally on the Israeli Air Force at the expense of the military’s ground forces.

Caption: Israeli Finance Minister Avigdor Lieberman (left) and Defense Minister Benny Gantz in Ramat Gan on March 9, 2020. At the time, Lieberman was a member of Knesset and Gantz was head of the opposition.
Photo by Tomer Neuberg/Flash90.