Apr 11, 2021 | News | Corona | Other | National | International
VANISHED: What Happened to the COVID Vaccines Donated to Gaza? 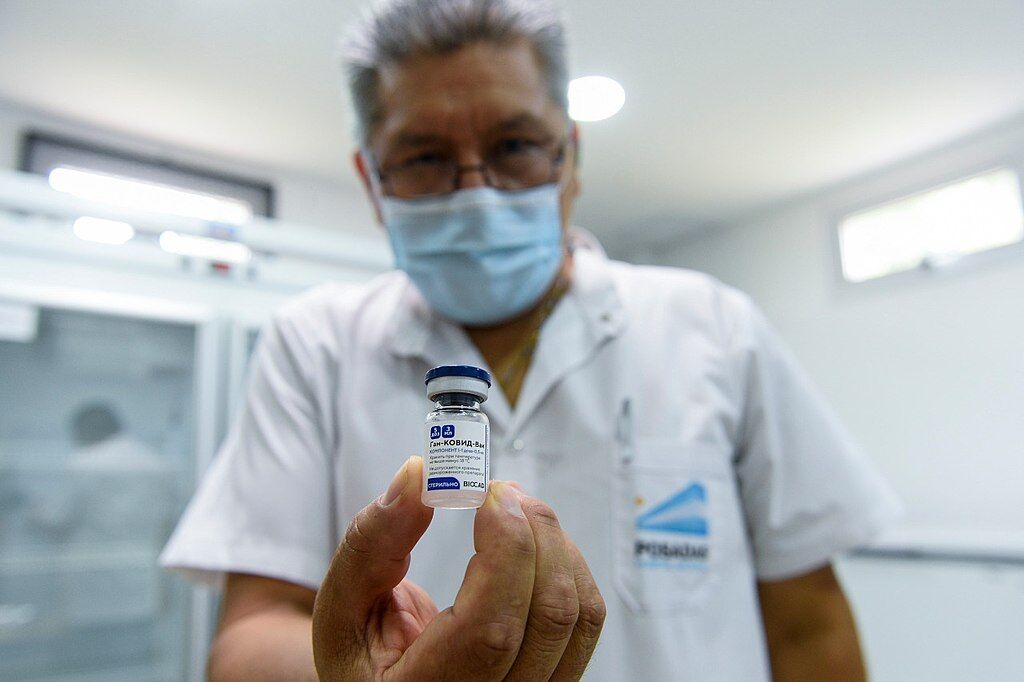 The Hamas terror group that controls the Gaza Strip with an iron fist is keeping mum on what happened to the thousands of doses of coronavirus vaccine that were donated to Gaza, the Jewish Chronicle reported Thursday.

The thousands of doses of Russia’s Sputnik coronavirus vaccine that were sent to Gaza by the United Arab Emirates were supposed to go to health workers and those with medical backgrounds that make the virus more dangerous to them, but Hamas officials have declined to reveal how many Gazans were vaccinated.

Local resident Samid made extensive inquiries but said he has not found a single person who has had a jab. Even worse, the vaccines apparently did not reach the hospital staff for whom they were intended, the Chronicle reported.

Samid said the vaccine shots were given to “the elites,” meaning Hamas officials and those they deemed worthy of receiving vaccinations.

In February, Hamas allowed the press to view the official launch of their coronavirus vaccination campaign that began with the Hamas health minister and two former health ministers receiving their jabs along with a token number of health workers.

“Since then? So far as the average Gazan is concerned, the precious vials seem to have vanished, as if by magic,” the Chronicle reported.

Hamas officials have refused to reveal how many health workers were vaccinated, or how many ordinary Gazans.

“On the streets of Gaza, people are resigned to the likelihood that virtually all of the vaccines have gone to Hamas leaders, government officials, militants and their families,” the report noted.

While the Ramallah-based Palestinian Authority Health Ministry announced plans to purchase vaccines last November, the Iran-backed Hamas has never mentioned any plans to buy any.

Hamas seized power in Gaza in a bloody 2007 military coup, setting up its own separate government from Ramallah with duplicate agencies, including a Hamas Ministry of Health.

Because Hamas has crushed the economy in Gaza under its rule, it has little money to spend on health as it invests hundreds of millions of dollars annually in its military to maintain its rule and pursue its goal of a military victory over Israel, silencing any opposition along the way.

The Palestinian Authority insisted on having full authority over its health system, and accords signed with Israel explicitly state that the Palestinians take responsibility for their own vaccinations.

Not surprising is that while both the PA and Hamas badmouth Israel to cover up for their inability to take care of their own people, they are quietly accepting Israel’s help in fighting the pandemic.

After the PA failed to come through on its promise that millions of doses were to begin arriving at the start of the year, Israel has stepped in to vaccinate 120,000 Palestinians in Judea and Samaria who either work in Israel or are in close contact with Israelis.

In Gaza, Hamas secretly sent doctors for coronavirus training at Barzilai Hospital in Ashkelon and is allowing conference calls between medical staff on both sides of the border. This came after the famous case last year when Hamas arrested and tortured Gaza peace activist Rami Aman for the “crime” of holding a Zoom call with “the enemy” – Israeli peace activists who were trying to help with joint efforts to combat the pandemic.