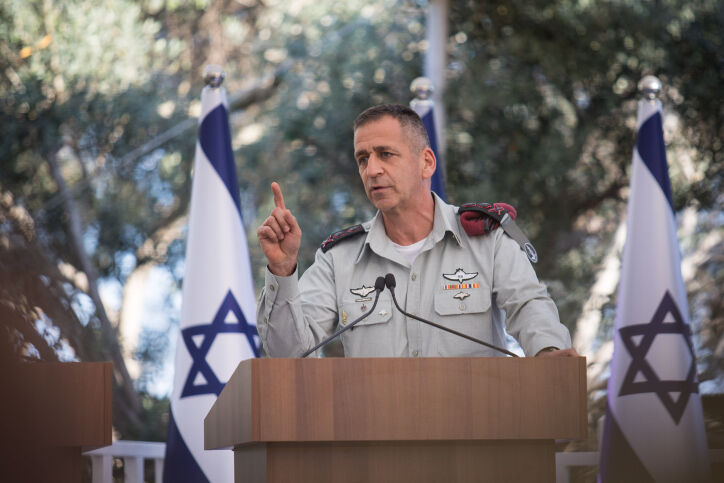 The IDF proves that it is possible to hold different opinions and diverse beliefs and at the same time show comradery, friendship and true partnership.

The following is an excerpt from IDF Chief of Staff Lt. Gen. Aviv Kochavi’s daily order to all Israeli military personnel.

It has been 25 years since three shots were fired at the heart of Tel Aviv, hitting Prime Minister Yitzhak Rabin in the back. This act effectively shot the entire nation in the back, leaving it bleeding and wounded. These three shots marked a fault line in Israeli society.

The shock and mourning over the murder were felt in every home across the length and breadth of Israel. From north to south, religious alongside secular, members of different denominations and religions. For one moment, it was precisely the controversy and grief that united Israeli society in paying respect to a man whose life story was woven into that of our country.

Upon taking office the seventh chief of staff of the Israel Defense Forces in 1964, Rabin’s first daily order read: “The IDF draws its power from the entire nation, and for the sake of the entire nation it exists and works.”

This message still resonates with us and the IDF implements it weekly. The IDF exists and works for the Israeli people: it protects them in the air, at sea and on land; prevents border infiltrations, thwarts rocket fire, foils terrorist attacks, exposes threats and destroys weapons that threaten the Israeli public.

The IDF also proves every day that it works for the Israel public by enhancing unity and social cohesion. The IDF proves that it is possible to hold different opinions and diverse beliefs and at the same time show comradery, friendship and true partnership.

To ensure Israel’s existence and its security we must continue to delve into the meaning of Rabin’s murder as a symbol of the price hatred and division exacted from us, and we must remember that even in through controversy we must remain a united military serving a united people.

This is the IDF’s unique esprit de corps, which was also prevalent among the military’s rank and file under Rabin in the Six-Day War.

This spirit has been felt over the years in times of emergency and war, in times of peace or epidemic—a spirit that reminds everyone that we are one people that works to achieve one goal: state security, prosperity and self-fulfillment for its citizens.

Lt. Gen. Aviv Kochavi is the commander of the Israel Defense Forces.

Caption: IDF Chief of Staff Aviv Kochavi speaks during an event honoring outstanding reservists in the Israel Defense Forces at the President's Residence in Jerusalem on July 1, 2019.
Photo by Hadas Parush/Flash90.