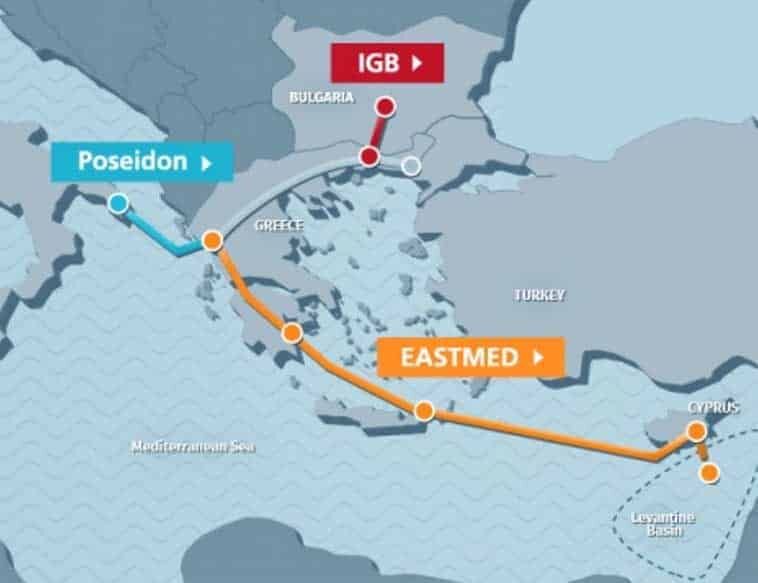 What's wrong with EastMed and Keystone that isn’t wrong with Russia’s NordStream 2?

After four years of “what does Putin have on him” and “how would this administration be any different if Putin were calling the shots,” the party responsible for all that garbage seems to be doing everything possible to help Moscow.

After trashing Keystone, it’s lobbying Congress for Putin’s pipeline, even as it’s killing an Israeli-Greek pipeline to Europe.

The apparent U-turn from the Trump administration’s position was first reported in Greece earlier this month.

The ostensible reason for the change? It’s about the “environment.”

“The American side expressed to the Greek side reservations as to the rationale of the EastMed pipeline, [and] raised issues of its economic viability and environmental [issues],” Reuters reported, citing a Greek government source.

What’s wrong with EastMed and Keystone that isn’t wrong with Russia’s NordStream 2?

The whole thing wouldn’t be complete without the Biden regime kowtowing not to Russia, but to the Islamist regime in Turkey, which has a history of occupying and massacring people in all three of the Judeo-Christian countries involved.

The project’s environmental implications, said Hochstein, would make him “extremely uncomfortable” with the United States supporting the project.

“‘Why would we build a fossil fuel pipeline between the EastMed and Europe when our entire policy is to support new technology… and new investments in going green and in going clean?’ he asked. ‘By the time this pipeline is built we will have spent billions of taxpayer money on something that is obsolete – not only obsolete but against our collective interest between the US and Europe.'”

Our “collective interest” apparently includes a Russian pipeline to Europe, and appeasing Erdoğan in Turkey, but not a Mediterranean pipeline.

So what do Iran and Erdoğan have on Biden? And if Islamists were sitting in the White House, how would our foreign policy be any different?