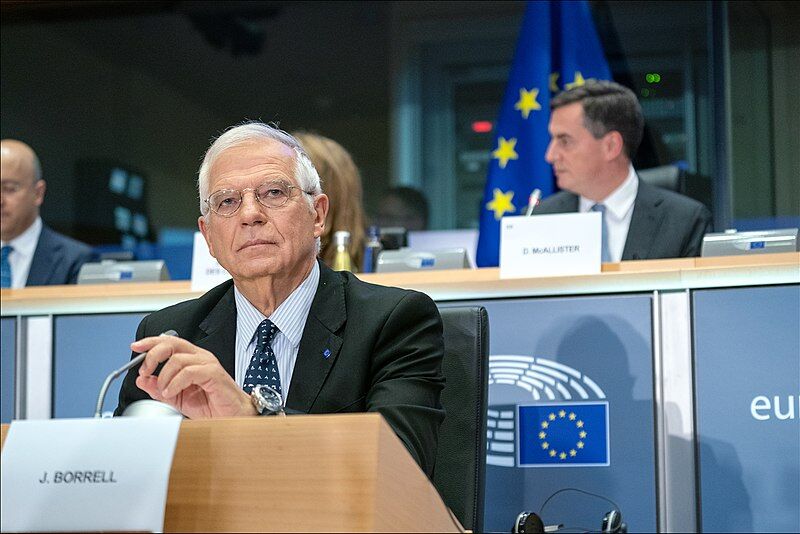 Borrell previously said at the Munich Security Conference in 2019, "Iran wants to wipe out Israel; nothing new about that. You have to live with it,” according to Politico.

Israel’s foreign minister “lashed out” at the European Union foreign policy chief on Sunday following the latter’s visit to Tehran the day before, Politico reported on Sunday.

Josep Borrell, High Representative of the Union for Foreign Affairs and Security Policy, had reached out to Lapid before heading to Iran on Saturday to try to restart the stalled nuclear talks between Tehran and western powers, according to the report. The E.U.’s top diplomat had wanted to consult with Lapid on a number of points ahead of his meetings with the Iranians, according to Politico.

However, Lapid reiterated in his reply to Borrell that it was the visit itself that was problematic, especially given Iran’s recent attempts to kill Israeli civilians in Turkey. The Israeli foreign minister had previously told Borrell that visiting Iran now was “a strategic mistake that sends the wrong message” to Tehran, according to the report.

“Talking about ‘great potential’ in the Iranian context, while Iran is trying to murder Israeli citizens throughout the world and especially in Turkey, indicates a worrying lack of care for the lives of Israeli citizens,” said Lapid.

In Brussels, however, Lapid’s criticism of the visit was brushed off as part of an effort to “sabotage” the nuclear talks, according to Politico.

Borrell himself has previously dismissed Israel’s concerns regarding Iran’s nuclear programs, saying at the Munich Security Conference in 2019, “Iran wants to wipe out Israel; nothing new about that. You have to live with it,” according to Politico.

On Saturday, Reuters cited Iranian Foreign Minister Hossein Amirabdollahian as stating that indirect talks with the United States on reviving the 2015 nuclear pact would resume soon.

“We are prepared to resume talks in the coming days. What is important for Iran is to fully receive the economic benefits of the 2015 accord,” said Amirabdollahian, adding that his meeting with Borrell had been “long but positive.”