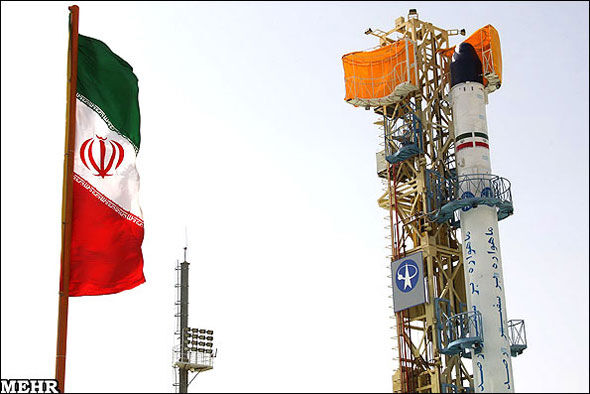 By United with Israel staff

Russia will soon provide Iran with an advanced satellite system that will vastly enhance Tehran’s ability to monitor Israel, American forces in Iraq and other sensitive spots in the Mideast.

According to the Washington Post, the Russian-made Kanopus-V satellite features a high-resolution camera with a resolution of 1.2 meters.

While that’s not on par with American spy satellites, the camera exceeds Iran’s current capabilities. Further emphasizing the satellite’s intended use, the deal was negotiated by senior members of Iran’s Revolutionary Guards.

The satellite would be launched by Russia sometime in the next several months. The Post reported that Russian experts have already begun training Iranian ground crews how to use the system.

An unidentified Mideast official familiar with the Kanopus-V told the Post, “It’s not the best in the world, but it’s high-resolution and very good for military aims. This capability will allow Iran to maintain an accurate target bank, and to update that target bank within a few hours” every day.”

Iran would also be able to direct the Kanopus-V anywhere it wants the satellite to go.

The deal means Tehran will almost certainly share images of sensitive sites with its proxies and allies throughout the Mideast, including Hezbollah, Hamas, Yemen’s Houthi rebels, militias in Iraq, and of course, its own Revolutionary Guards operatives in Syria.

The satellite deal isn’t the first strategic sale between the two countries. In 2016, Moscow completed the delivery of an $800 million S-300 air defense system. However, questions have been raised about the S-300’s effectiveness.

Syria has a similar S-300 system which has not dented the effectiveness of air strikes attributed to the Israeli Air Force.

The Kanopus-V deal appears to be part of Moscow’s efforts to blunt American influence in Iraq while making some profit. But it’s irresponsible of Russian President Vladimir Putin to put Iran in a position to acquire valuable intelligence and share it with its terrorist proxies.

Israel has limited leverage to stop the sale, but U.S. President Joe Biden has a summit with Putin next week in Switzerland.

The satellite is certainly a Russian test of Biden’s resolve. It will also test Israel’s next government to respond accordingly.