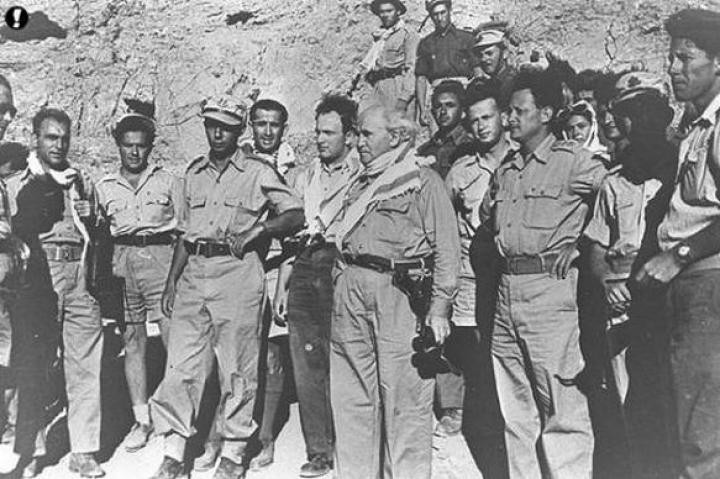 A mural drawn by an Israeli soldier in the midst of the 1948 Israeli War of Independence was uncovered Sunday, after a wall collapsed amid construction work in the city of Mevaseret Zion, outside of Jerusalem, according to a Ynet report.

The mural was discovered on an old house formerly owned by Palestinians in the village of Al-Qastal, which was later captured by Israeli forces in April 1948 during operation ‘Nachshon.’ Following heavy losses, the village was abandoned by Arab forces and residents. The area is also the site where Abd al-Qadr al-Husseini, commander of Arab military forces in the region, was killed in battle, later becoming a popular tourist and heritage site frequented by visitors.