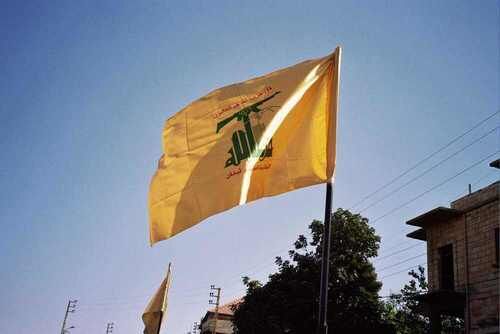 Nabil Qaouk and Hassan Al-Baghdadi “are members of Hezbollah’s Central Council,” while Iraj Masjedi serves as Iran’s Ambassador to Iraq.

In recent years, Qaouk has spoken publicly on behalf of Hezbollah, threatening war with Israel, denouncing the U.S. presence in the region and lauding Hezbollah’s use of guerrilla warfare, according to the U.S. Treasury Department.

Mughniyah was sanctioned in October 2001 for his ties to Hezbollah, while Soleimani was designated in October 2011 for acting for or on behalf of the Islamic Revolutionary Guard Corps’ Quds Force.

Soleimani was killed in a U.S. airstrike on Jan. 3 at Baghdad International Airport.

In 2015, Baghdadi attended a ceremony in Tehran with Naim Qassem, the Deputy Secretary-General of Hezbollah, and several other ranking officials, during which Qassem unveiled his book and praised Hezbollah’s war with Israel, according to the Treasury Department.

The United States sanctioned Qassem in May 2018 for acting for or on behalf of Hezbollah.

Separately, the Treasury Department announced on Thursday that it has sanctioned Iran’s Ambassador to Iraq, Quds Force Gen. Iraj Masjedi.