Oct 22, 2020 | News | Health & Wellness | National
Sheep Droppings Tell The Story Of The Decline Of Byzantine Cities In The Negev 1,500 Years Ago 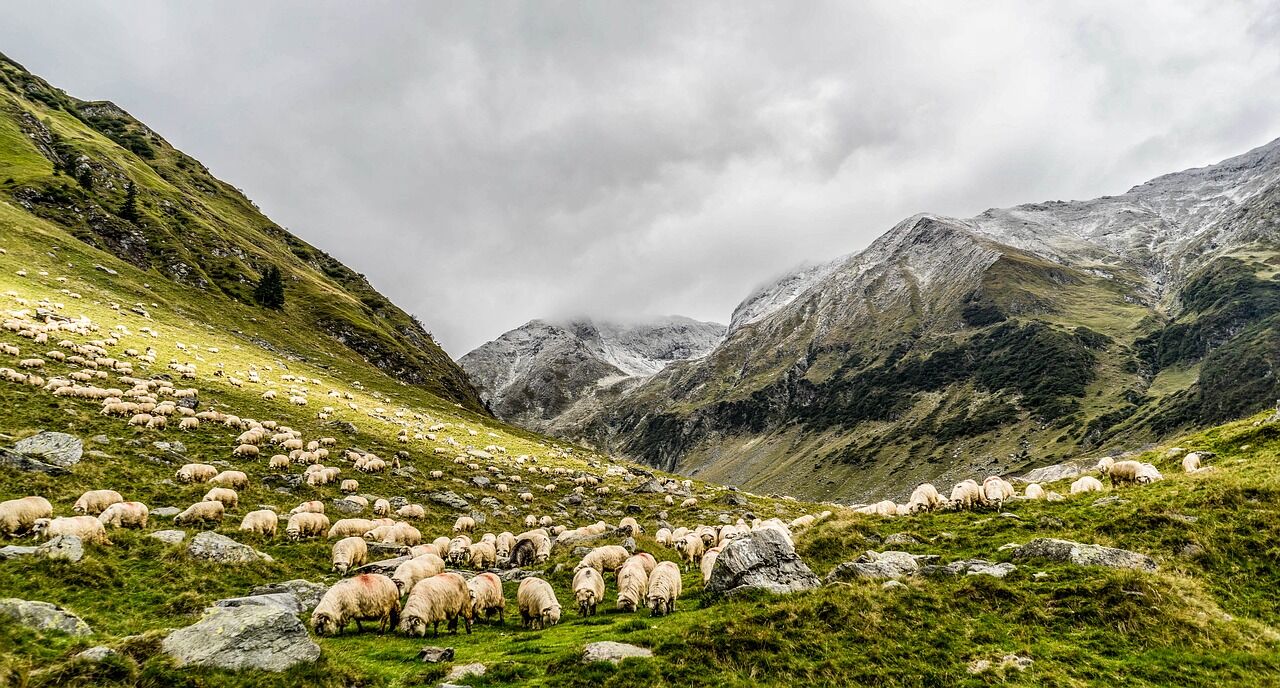 Archaeologists usually find clues about humanity’s ancient past by using trowels, pick-axes and even bulldozers to dig up pottery, ancient tools, seeds or bones. University of Haifa and Israel Antiquities Authority researchers have, however, gone beyond that by studying sheep droppings to learn the story of the sunset of the Byzantine cities of the Negev.

ANIMAL BONES AND PLANT REMAINS THAT FORMED THE ECONOMIC BASE

In recent years, Prof. Guy Bar-Oz of the university’s Zinman Institute and Prof. Ruth Shahack-Gross, head of the Laboratory for Sedimentary Archaeology at the department of maritime civilizations, have conducted a series of studies that attempt to trace the processes and causes, with a new general approach at the center of research – examining garbage piles on the outskirts of communities. They have just published their findings in the journal PLoS One (US Public Library of Science One).

In previous studies, the researchers focused on macroscopic findings – that is, those that can be seen with the naked eye – such as animal bones and plant remains that formed the economic base of the residents of the Negev. Now they have collected microscopic evidence to learn more about the flowering and settling of the Negev cities during the period of Byzantine agriculture 1,500 years ago.

They found that the inhabitants of the Byzantine Negev used sheep manure, while properly managing their wastes, to fertilize the green fields. With the transition to the Islamic period and the beginning of the collapse of the cities of the Negev, the sheep droppings were no longer used for fertilizer; they were piled up in garbage piles in such large quantities that it was necessary to burn them.

The ancient droppings were collected at the Halutza, Shivta, Nitzana and Avdat sites, which were part of the Negev that flourished from the fourth century in the Byzantine period. Residents had relied on agriculture in the hot and dry Negev. However, with the transition to the Islamic period, in the seventh century, these settlements began to decline and were finally abandoned in the10th century.

WASTE FROM CONSTRUCTION MATERIALS SUCH AS CLAY AND STONES

The decline of the Byzantine Negev settlements has preoccupied many researchers over the years. The various explanations refer to the political change of transition from Byzantine rule to Islamic rule, climate change and economic adjustments. The archaeologists clearly saw the intensive agricultural activity in the Byzantine period versus limited cultivation during in the Islamic period.

Now, for the first time, the researchers also decided to examine microscopic finds found in the soil from which the garbage piles are composed. To their surprise, the researchers found that there was a significant difference in the materials from which waste was composed between the Byzantine and Early Islamic periods. In the first period, there was waste from construction materials such as clay, stones and residues related to daily life, such as ash from cooking and baking ovens, livestock bones and pottery were dumped. Manure from sheep was commonly used to make fields fertile.

A HUGE PERCEPTUAL CHANGE REGARDING MANURE IN BOTH PERIODS

But during the Early Islamic period, this source of fertilizer was used less and less used, so its excess had to be dumped in garbage dumps said Shahak-Gross. “We have a number of lab methods to detect fecal remains that have decayed over time, chiefly identifying microscopic pellets that form in the intestines of animals. These were mostly from sheep and goats, and because they are composed of inorganic material, they are preserved at archaeological sites,” she explained.

In addition, using an infrared spectroscopy method, investigators identified evidence of an early Islamic-era garbage site fire. “To the best of our knowledge, this is the first time we have identified the management of an ancient garbage site. We have seen a huge perceptual change regarding manure in both periods, from an expensive commodity as an important source of fertilizer to agriculture to a useless nuisance that is thrown in the trash and burned there,” added Shahak-Gross.

ATTENTION REALTORS: CALL NOW AND NEGOTIATE A PRICE YOU CAN PAY