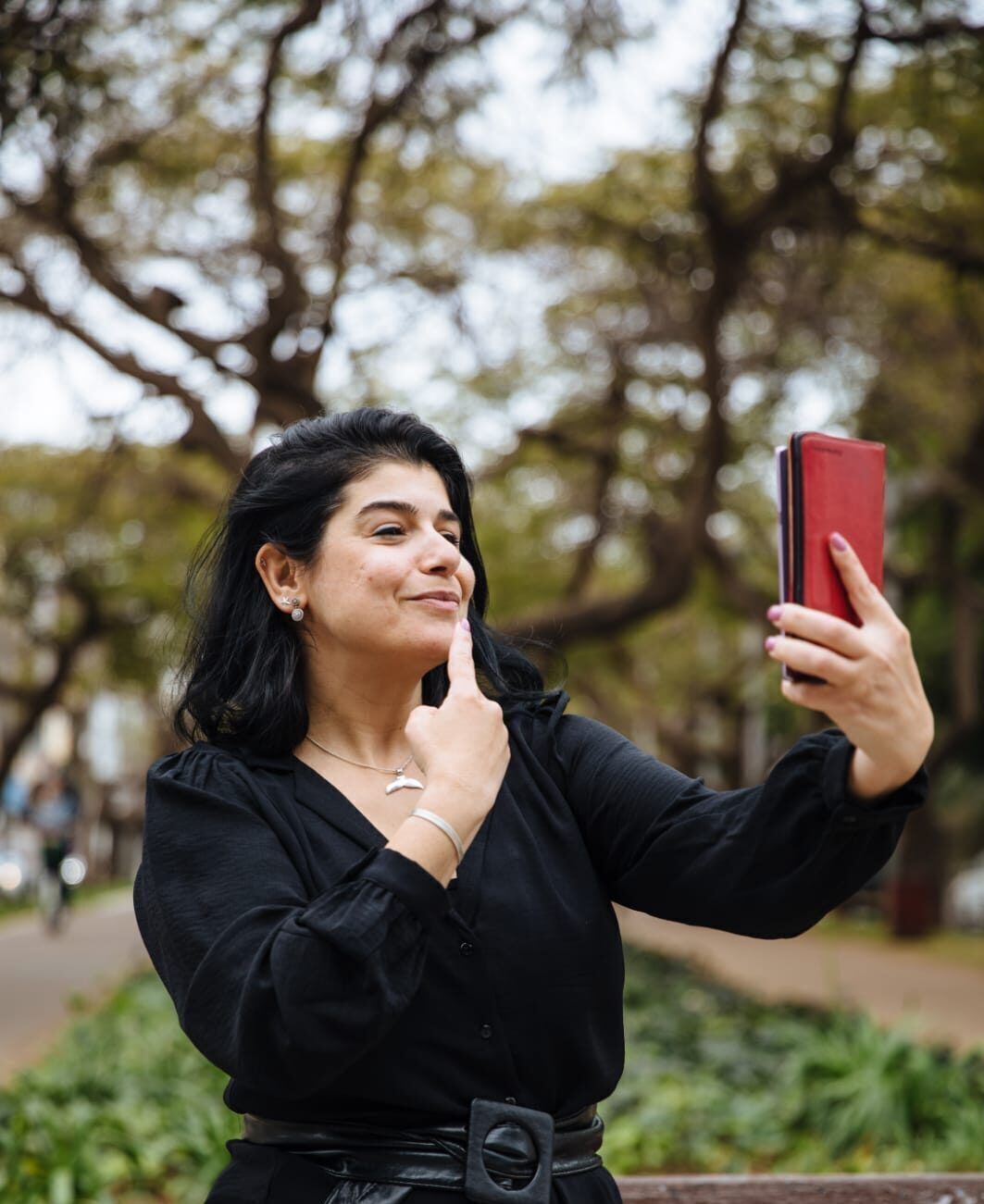 A life-changing app is helping deaf people to flee rocket attacks, speak to retail workers… and enjoy the Eurovision Song Contest on TV for the first time.

Sign Now is the only service to offer real-time and scheduled sign language interpretation for deaf and hard of hearing (HOH) people on their smartphone for free, any time, any place.

Existing apps only translate speech to text, and vice versa, but Sign Now has a team of interpreters available to speak and sign in real time.

“With a click of a button, a deaf person can enter a real-time conversation with a sign language interpreter,” says CEO and Founder Tomer Levy.

“The app is simple, but that’s what the deaf person needs – an accessible sign language interpreter in order to interact with who they need, whenever they need it.”

A deaf person who wants to order food at a café simply opens the app, requests a video call with a sign language interpreter, and connects within seconds.

The deaf person will sign to the sign language interpreter, who will speak aloud to the non-deaf person, bridging the communication gap between the two.

Companies and organizations such as Partner (the Israeli cellular company and internet provider), BIG (group of Israeli shopping centers), Ichilov Hospital in Tel Aviv and some municipalities, currently pay for its services.

Sign Now translates thousands of conversations every month, and has tens of sign language interpreters who are always available.

The Tel Aviv-based company started off providing interpretation for deaf students at concerts on campus, which is when Levy first realized that there was a real need for this kind of service.

Providing both daily and emergency services
Sign Now has been helping deaf refugees flee the war in Ukraine and settle in Israel, with interpreters using both Russian and Hebrew Sign Language.

It was able to reach and support them through their friends and families, through posts on Instagram and Facebook, and through their connections to other deaf Israelis.

“Hila (the Vice President of Sign Now) is in contact with deaf people and interpreters in Israel and abroad,” says Levy. “She directly connected with each deaf person and made sure that they were able to communicate with emergency and immigration services so that they could arrive in Israel in peace.”

“I met a few deaf people from Ukraine – somehow we managed to communicate, even though I speak Hebrew Sign Language and they spoke Ukrainian Sign Language,” shares Noam Hinden, one of Sign Now’s sign language interpreters.

“We managed to communicate with facial expressions and gestures. They told me that they arrived from Ukraine and are now living in Haifa, and that Sign Now really helped them – it was very moving.”

Sign Now also functioned as a lifeline for deaf people during Operation Guardian of the Walls last year, when Hamas directed rocket attacks on Israel.

With the support of Bank Hapoalim, the company assisted deaf people close to the Gaza Strip with booking hotels outside the area, and provided help when they were experiencing panic attacks and emotional distress.

“If a siren goes off in Israel warning against an imminent missile attack, what does a deaf person do? If there is an emergency, how do they call the police? We want to solve these issues.” Levy tells NoCamels.

An accessible Eurovision
The startup’s first major milestone was in 2019, when it interpreted the Eurovision Song Contest in its entirety and broadcast it to YouTube.

With help from Kan 11 (Israeli Public Broadcasting Corporation’s TV channel) and the European Broadcasting Union, deaf people in Israel were able to understand the international songwriting competition for the first time.

Hila Almog, a deaf teacher and lecturer of sign language, was so inspired that she joined the Sign Now team and is now vice president.

“We identified a need for deaf and HOH people that wanted to be a part of the culture that consumed this music but hadn’t been able to fully experience it for all these years.

“It’s important to raise awareness for deaf people. We have a lot of roadblocks when it comes to many things – including musical performances – because of the refusal to provide us with a sign language interpreter,” she tells NoCamels.

The World Federation of the Deaf says there are over 70 million deaf people around the world. This doesn’t include those that are hard of hearing, which amounts to over 1.5 billion people globally.

“We want to reach the 70 million deaf people in the world as quickly as possible, and we are looking for the technological, societal, and industrial solutions that will get us there,” says Levy.

Though there are apps for deaf people, they are disproportionately geared towards providing real-time speech-to-text (STT) services. That helps deaf and HOH people in daily activities, but there are issues with these technologies, namely the inaccuracy of the service due to background noise, and the inability to comprehend regional/foreign accents and dialects.

Sign Now researched social and technological solutions and conducted pilots to determine what deaf people in Israel and around the world need during conversations in places of service.

“We have over 60 competing companies worldwide, but most of them are STT companies. I believe they do not really understand deaf people as well as we do. Our startup is all about providing technological solutions to deaf people worldwide. That’s what makes us unique.” Levy tells NoCamels.

Prior to its success, Sign Now was accepted to 8200 Impact, the first acceleration program in Israel for startups that aim to solve significant social problems through technology.

It also participated in the acceleration program of Hackaveret (“The Hive”), Israel’s Center for Social Innovation that was launched in partnership between The Joint (the largest Jewish humanitarian organization in the world) and the National Insurance Institute.

As for the future, Sign Now aims to provide their services to the FIFA World Cup this summer, and to make hospitals in Arab countries more accessible.