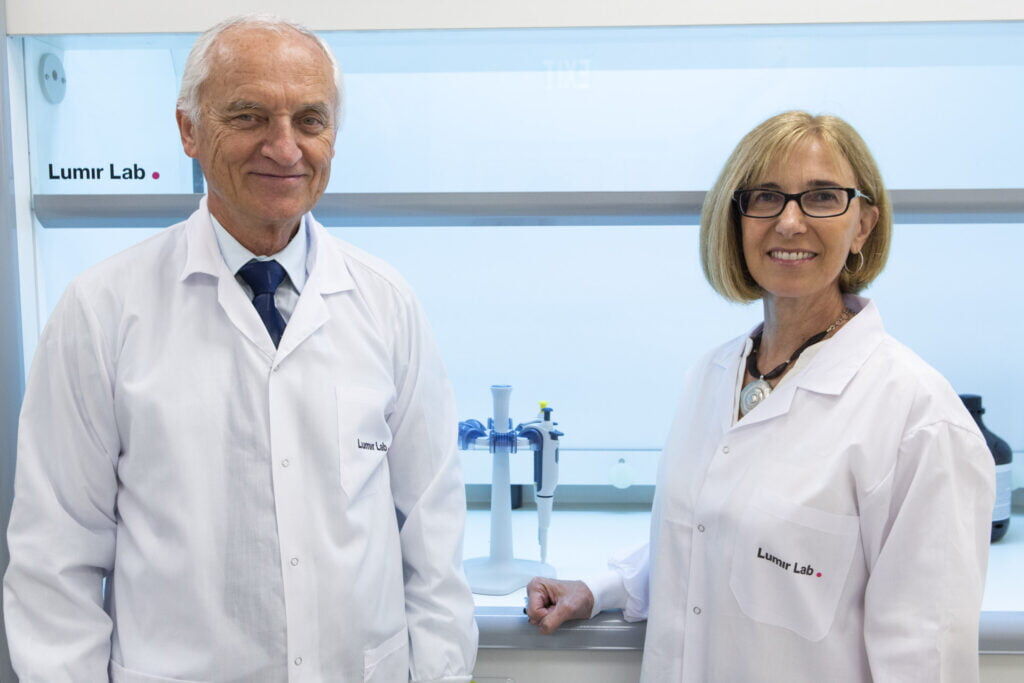 New Israeli clinical trials will examine the safety and efficacy of cannabis-based treatments for some of the most painful and persistent gynecological conditions faced by women.

The trials, expected in early 2022, will test cannabis-based pharmacology products developed by Gynica, a Jerusalem-based femtech (female technology) startup that believes that the active ingredients in the plant can ease painful conditions in the female reproductive system such as dysmenorrhea, or painful menstruation, and endometriosis.

Conventional treatments like over-the-counter painkillers, hormone therapy, and even surgical intervention can be insufficient or even pose their own health detriments in the case of endometriosis, an often agonizing disorder that occurs when tissue similar to that which normally lines the uterus – the endometrium – begins to grow outside the organ.

Gynica says it is hoping to meet unaddressed needs in women’s health by developing cannabis-based solutions for these conditions.

“There are so many gaps in how conditions that affect women are handled by the medical community and the scientific community,” says Gynica co-founder and CEO Yotam Hod. The startup is looking to step in with proprietary vaginal suppositories that Hod says should help “reduce pain but also inflammation, which is a critical factor in both endometriosis and dysmenorrhea.”

With endometriosis, endometrium-like tissue grows outside the womb and becomes trapped inside the body, after it thickens, breaks down, and bleeds with each menstrual cycle. But unlike the uterus, the tissue has no way out, causing a build-up of scar tissue and adhesions which bring on a variety of symptoms, including painful menstruation and intercourse, excessive bleeding, and even infertility in some cases. It can take doctors between six to 10 years to properly diagnose endometriosis, the cause of which is uncertain and for which there is no known cure, even as it affects about 1 in 10 women of reproductive age (or some 180 million women and girls worldwide).

Dysmenorrhea is also extremely common, and the associated pain can vary between mild and quite severe, rendering some people incapacitated for part of their menstrual cycle. The estimated prevalence of dysmenorrhea is high but varies widely, from between 45 and 93 percent of women of reproductive age.

For some, the two conditions are related. And for those reaching for the Advil or the Aleve, the relief can be very limited.

Gynica maintains that dysmenorrhea and endometriosis may be linked to a deficiency in the endocannabinoid system (ECS) — a biological system made up of natural cannabis-like molecules produced by the human body that regulate a wide variety of processes including pain, memory, mood, metabolism, appetite, sleep, and reproductive function — and argues that cannabinoid-based treatments may offer an improved solution for those who suffer from the conditions.

The startup references the British Journal of Pharmacology to note that, after the brain, the female reproductive system is the region in the body with the most endocannabinoid receptors, and says it believes “cannabinoids are the missing piece in the treatment of gynecological disorders.”

Pharmacist and cannabis expert Dr. Codi Peterson tells NoCamels that “like everywhere else in the body, the ECS plays a complex homeostatic role in the female reproductive tract.”

“In the ovaries, the ECS plays an important feedback role, often leading to decreased levels of hormones like luteinizing hormone and the ECS therefore ebbs and flows with the female menstrual cycle. There is a connection between the ECS and the estrogen/hormonal system as well. The endocannabinoids produced in the ovaries may even have system action, altering female hormones all around the body and brain via the hypothalamus-pituitary axis,” explains Dr. Peterson, a scientific advisor for The Cannigma, an Israel-based organization that covers cannabis from a scientific perspective.

Gynica and women’s health
Gynica was established in 2017 as part of Asana Bio Group, a medical tech holding company focused on cannabis that also includes Lumir Lab, the first licensed facility to research cannabis as it relates to women’s health. The lab is based at the Jerusalem Biotechnology Park at the Hebrew University of Jerusalem and is led by Professor Lumir Ondrej Hanus, a world-renown chemist and leading figure in cannabis and cannabinoid (cannabis compounds) research. In 1992, he was part of a team that isolated the first known endocannabinoid in the human brain, called Anandamide.

Professor Hanus and Dr. Sari Prutchi Sagiv, also of Lumir Lab and VP of R&D at Gynica, have led the development of the company’s proposed cannabinoid-based solutions for gynecological disorders. The research is supervised by Yotam Hod’s father, Professor Moshe Hod who is a world-recognized expert in the field of women’s health, the president of the European Association of Perinatal Medicine (EAPM), and a professor of obstetrics and gynecology at Tel Aviv University.

In several pre-clinical studies with cannabinoids and endometriosis, the startup has shown that “our combinations [of cannabinoids] reduce the migration and invasiveness of endometriotic cells,” Hod tells NoCamels in an interview.

The studies, he says, have also shown a reduction in COX-2, an enzyme largely responsible for causing inflammation and is believed to play a significant role in the origin and development of endometriosis.

But the severity of the pain should be reduced in both dysmenorrhea and endometriosis with Gynica’s suppositories, Hod explains, as we “demonstrate a reduction in COx-2, which produces prostaglandins and is responsible for painful uterine contractility. In endometriosis, COX-2 also favors the growth of human endometrial tissue.”

Dr. Peterson points to a 2017 study showing that “cannabinoids have a well-established role at inducing apoptosis (programmed cell death), which could be beneficial in conditions like endometriosis or in other proliferative diseases like cancer.”

Gynica is now gearing up for two significant developments, following a NIS 5,000,000 ($1.55 million) investment (and 20 percent stake) in late June by Tikun Olam-Cannbit, a leading Israeli medical cannabis company formed in 2019 with the acquisition of Tikun Olam by Cannbit Pharmaceuticals.

The first is a joint clinical trial that will study the effects of Gynica’s proposed cannabis-based vaginal suppositories on people with dysmenorrhea, set for early 2022. The second is the establishment of a dedicated production line for the suppositories using raw medical cannabis materials with IMC-GMP certification, to be followed by additional products such as cannabis-based lubricants to help with painful intercourse, or dyspareunia, Hod tells NoCamels.

This partnership with Tikun Olam-Cannbit “is an important milestone in improving the quality of life of hundreds of thousands of women in Israel and millions of women worldwide who to date have not received a safe and proper solution for the variety of problems and symptoms they experience daily,” said Professor Hod in a statement announcing the investment two months ago.

Avinoam Sapir, CEO of Tikun Olam-Cannbit, said Gynica was “one of the first companies in the world to conduct clinical research on a cannabis-based vaginal product,” with very strong market potential, especially in countries such as Canada, Australia and the UK, “which have a growing demand for these products and regulation that makes it possible.”

As a company licensed by the Israeli Health Ministry to develop cannabis-based products for the female body, Gynica is fortunate to “have the regulatory framework in place to run the clinical research,” which will also allow for an easier transition to commercialize the products when the time comes, says Hod.

A lot of work has gone into the different cannabinoid formulations as well as the delivery, he tells NoCamels, adding that Gynica’s goal has been to develop a consistent, standardized vaginal suppository for a targeted local approach that contains a slow-release mechanism.

Dr. Peterson tells NoCamels the suppositories “make sense.”
“There are CB1 and CB2 [receptors] all around the reproductive tract. it’s also highly filled with nerves, which also express lots of CB receptors. There is a lot of reason to this that topical/local application could be helpful. This delivery form may help to deliver cannabinoids to the target tissues without systemic exposure,” he explains.

The Gynica and Lumir Lab researchers will test two suppository formulations including one with THC, the main psychoactive compound in cannabis, but Hod says there is no psychoactive effect or systemic absorption, only therapeutic benefits.

Dr. Peterson cautions that it “remains unknown how much system absorption of THC and other cannabinoids occurs through the vagina (or rectum for that matter)” and that more studies are needed.

A clinical trial for Gynica’s suppositories with people suffering from endometriosis is also in the works but that research is still in the pre-clinical stage.

“We believe we have very promising solutions [to treat endometriosis] and there’s an emphasis on it in the pipeline,” Hod says.