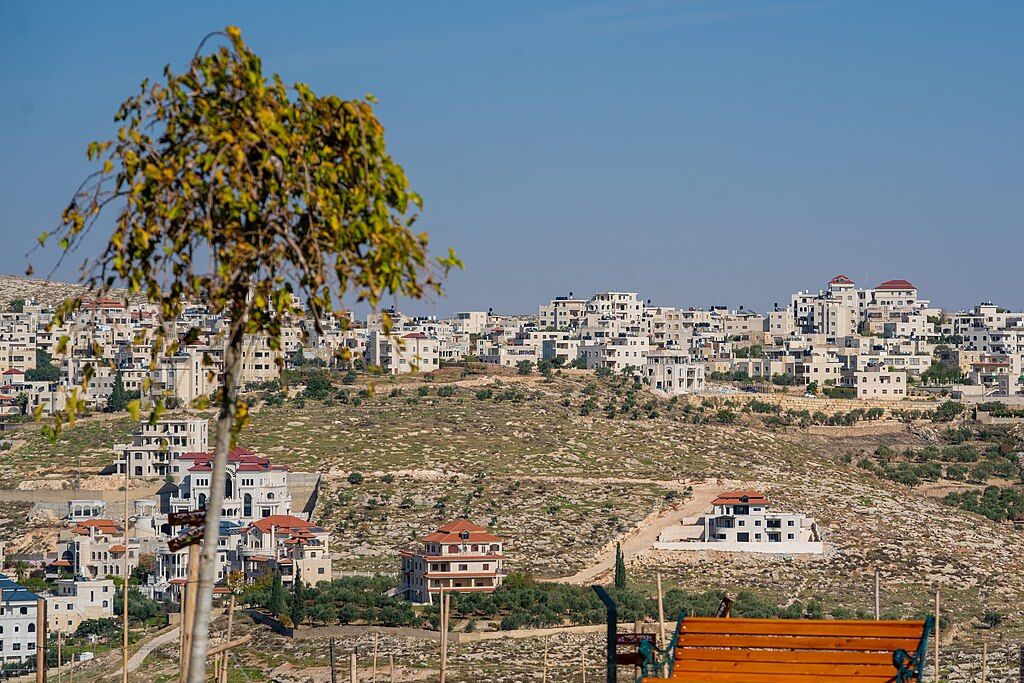 Construction in Judea and Samaria is set to take off in the coming years due to a jump in planning approvals under the watch of the Trump administration, the Associated Press reported on Wednesday in what appeared to be part news article and part cri de coeur for the Biden administration to stop it.

“If left unchallenged by the Biden administration, the construction boom could make fading hopes for an internationally backed two-state solution — Palestine alongside Israel — even more elusive,” the report begins.

The Biden administration says settlements harm peace efforts. “We believe, when it comes to settlement activity, that Israel should refrain from unilateral steps that exacerbate tensions and that undercut efforts to advance a negotiated two-state solution,” State Department spokesman Ned Price said.

However, the report of more housing approvals will be welcomed by those who support the settlement movement. Israel rejects the premise that settlements are an obstacle to peace, and Prime Minister Benjamin Netanyahu, during his last campaign, pledged to support settlement construction.

Some 12,000 housing plans in the region were approved at various levels last year. “That was the highest number since Peace Now started collecting data in 2012,” AP reports.

The AP also reported that its own investigation had discovered a “massive development of settlement infrastructure” that would help lead to a housing boom in the very near future.

According to Peace Now, more than 9,200 homes were built in the region over the Trump years.

“2020 was really the first year where everything that was being built was more or less because of what was approved at the beginning of the Trump presidency,” Peace Now spokesman Brian Reeves told AP. “It’s the settlement approvals that are actually more important than construction.”

Peace Now researcher Hagit Ofran says construction carried out in the region “is the ongoing policy of de facto annexation” and will destroy the ability to create a state for the Palestinians.

While criticizing legal building by Israel, the report ignores Palestinian Authority (PA) violations that have been going on for years. The Regavim movement, an Israeli NGO that monitors land issues, has reported that from 2009 to 2018, the number of illegal Arab structures in Area C, which is completely under Israeli control, nearly doubled, from 29,784 to 58,435.

Regavim says that over 78,626 dunams of land were seized illegally up to 2018 with the total number growing. The group has documented many more seizures over the last two years as well.

In comparison, Jewish building in Judea and Samaria covered an area of 56,700 dunams in 2018. Jewish towns and villages currently cover only some 1.5% of the land in the disputed region as a whole.

While Peace Now has criticized the push for housing plans, which the AP attributes to Trump-era policies, in 2020 ground was broken for only 1,026 new homes according to Israel’s Central Bureau of Statistics (CBS).

“Overall, according to the CBS, there was a 31% dip in the number of settler housing starts during the four years Trump was in the White House when compared to the last four years of Obama’s time in the White House,” The Jerusalem Post reports. Obama is widely considered by Israelis to have favored the Palestinians in the dispute.

Other factors unrelated to the U.S. administration’s policies, like the corona pandemic, may have influenced housing starts.