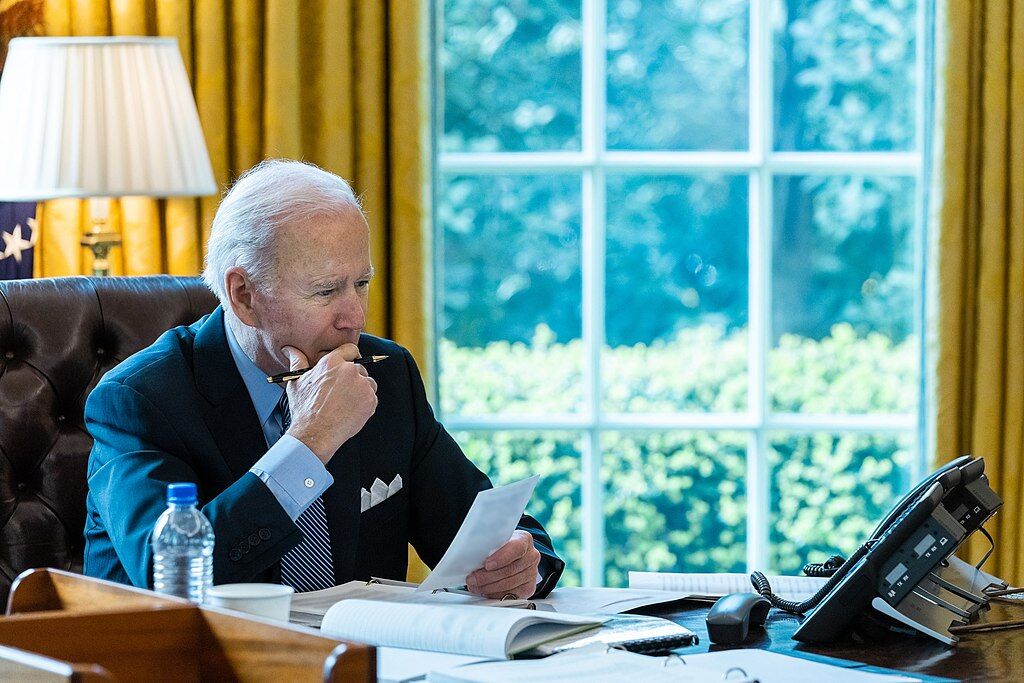 The Biden administration is preparing a “road map for normalization” between Israel and Saudi Arabia, according to a report by Axios.

Ahead of the president’s visit to Israel and Saudi Arabia in July, four U.S. officials told Axios that the White House is drawing up plans aimed at securing comprehensive normalization of ties between the two countries.

The initiative seeks to bring the Saudis into the Abraham Accords.

Last week, the officials cited in the report said, the White House debuted the theme “road map for normalization” during a briefing with think tank experts.

No agreement between Israel and Saudi Arabia will be reached prior to Biden’s visit, the White House told the think tank experts during the briefing. But the road map will be on the agenda when Biden meets with Israeli and Saudi leaders.

An Israeli official cited in the report expressed doubt that a breakthrough towards a comprehensive agreement could be reached during Biden’s visit, but said that Israel is close to reaching a deal with Riyadh which would enable Israeli airlines to fly through Saudi airspace.

A source in the White House acknowledged that normalization between the two countries will take extensive negotiations and would be part of a long-term process.

Another source said the White House is trying to lower expectations about the short-term results of Biden’s upcoming trip to the Middle East.

Earlier this month, the Wall Street Journal reported that Saudi Arabia is engaging in “serious talks” with Israel about establishing business ties and strengthening security coordination.

Days earlier, Globes reported that Israel and Saudi Arabia are laying the groundwork for a “major diplomatic meeting”.

Foreign Minister Yair Lapid confirmed that Israel is coordinating with the Gulf states and the U.S. in efforts to normalize ties with the Saudis.

“We believe that it is possible to have a normalization process with Saudi Arabia. It’s in our interest,” Lapid told Army Radio. “We’ve already said that this is the next step after the Abraham Accords, to talk about a long and careful process.”