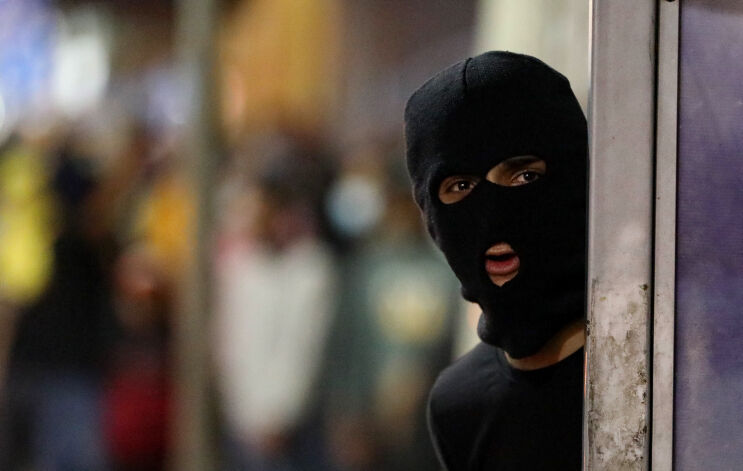 The explosion of mass violence by Israeli Arabs against their fellow Jewish citizens is nothing short of a religious war and has to be treated as such.

When synagogues and religious seminaries are torched, it is a religious war.

When Torah scrolls are desecrated, it is a religious war.

When cars are torched only after verification that they belong to Jews, it is a religious war.

When Jewish drivers and passengers are dragged from their cars to the shouts of “Allah Akbar” and beaten up, it is a religious war.

When thousands of Muslims are rioting under the chant, “With our blood and spirits we’ll redeem the Al-Aqsa Mosque,” it is a religious war.

When mayhem is described and labeled as a jihad, it is a religious war.

And it is a religious war when rioters in the Israeli cities of Jerusalem, Lod, Jaffa and Acre, among many other localities, unite around such jihadist slogans as, “Khyber, Khyber, Oh Jews, the army of Muhammad will return,” evoking the slaughter of all men of this ancient Jewish community and the enslavement of their women by Islam’s founder.

There are, of course, legions of commentators who will ascribe the Palestinian-Israeli conflict in general, and the ongoing explosion of violence by Israel’s Arab citizens in particular, to territorial, national, economic, civil or legal causes. Yet they overlook the conflict’s deepest and most intractable cause: Islam’s absolute rejection of the Jewish right to statehood.

In the Islamic order of things, Jews are not considered a people, but rather members of a religious community that must be reduced (like their Christian counterparts) to the legally and socially institutionalized inferior status of “protected non-Muslim minorities” (dhimmis) under the rule of Islam, the world’s only true religion. As such, they have no right to independent existence in any part of Palestine, not least since this country in its entirety is an Islamic trust (waqf) that cannot be detached from its rightful place in the House of Islam (Dar a-Islam).

Indeed, from the onset of the Palestinian-Jewish conflict, it was run as a religious war. First by Hajj Amin al-Husseini, leader of the Palestinian Arabs from the early 1920s to the late 1940s, who was assisted in the 1930s and the 1948 war by Egypt’s Muslim Brotherhood, then by the Brotherhood’s Palestinian offshoots: Hamas in the West Bank and Gaza and the Islamic Movement in Israel itself.

Given Islam’s pervasive entrenchment in Palestinian society (and for that matter in all Middle Eastern societies)—even Yasser Arafat and most of the PLO’s founding generation were Muslim Brotherhood members in their youth—the acceptance of Israel’s existence by Muslims communities, both within Israel and abroad, will only be feasible upon their realization of the Jewish state’s overwhelming strength and invincibility.

Only a powerful, well organized, highly determined and militarily invincible Israel can stand a chance of surviving in its violent and merciless neighborhood.

Lt. Col. (res.) Dr. Mordechai Kedar is a senior research associate at the Begin-Sadat Center for Strategic Studies. He served for 25 years in IDF military intelligence, specializing in Syria, Arab political discourse, Arab mass media, Islamic groups, and Israeli Arabs, and is an expert on the Muslim Brotherhood and other Islamist groups.

Caption: A Palestinian jihadist in Hebron, May 12, 2021.
Photo by Wissam Hashlamoun/Flash90.