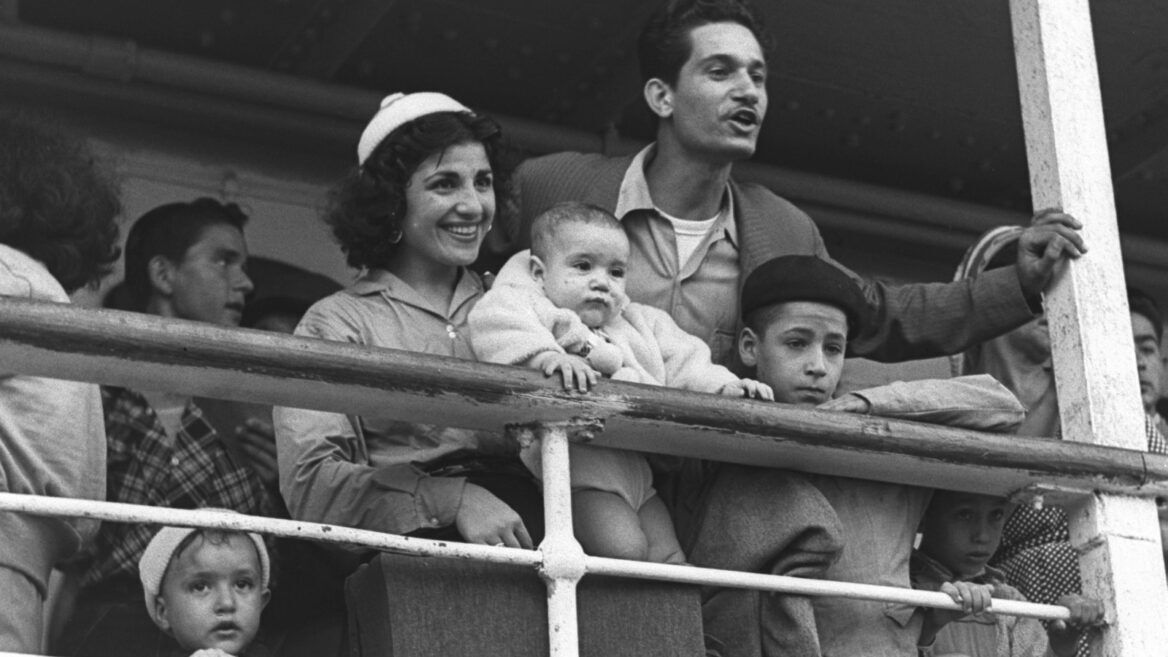 The uphill struggle on the part of Morocco’s Jews to be recognized as Holocaust victims.

When Haim Gabbai was 10 in wartime Morocco, his father was taken by force from the family home in Marrakesh and sent to a forced labor camp. A few months later, his father returned. He was ill, thin and had lost all his hair. The conditions in the camp had been atrocious.

It is believed that at least 1,300 Moroccan Jews were sent to 37 forced labor camps. Together with refugees, dissidents and soldiers, some of whom were European Jews, the Moroccans were interned in camps on the Moroccan-Algerian border to build the Trans-Sahara railway. Others were sent away for months to work in mines or do back-breaking work.

From 1940, Morocco, a French protectorate, was ruled by the pro-Nazi Vichy French regime. Under pressure from Vichy, the sultan of Morocco, the future Mohamed V, rubber-stamped various anti-Semitic edicts dismissing Jews from jobs, public spaces and schools. Some claim that these directives went beyond anything the Nazis had applied in occupied France.

In August 1941, some 55,000 Jews—more than 20 percent of the Moroccan-Jewish population—were forced out of their homes in Casablanca and Fez. They were ordered to live in the crowded and disease-ridden, run-down Jewish mellahs, in preparation for eventual evacuation and deportation. After the war, these Jews did not regain their property.

Comparatively little is known in Israel about the plight of Moroccan Jewry during World War II. There are few written testimonies. Historians of the period did not conduct detailed interviews, or asked the wrong questions. It may be too late to write a conclusive history of this period, as most victims are now dead.

Moroccan Jews have had an uphill struggle to be recognized as Holocaust victims. Of a total of 35,000, some 23,000 came to light as a result of research by lawyer David Yadid, who has represented survivors in three rounds of cases in the Israeli courts. Survivors from Morocco and Algeria were able to get an annual grant of 4,000 shekels ($1,240). Subsequently, the Claims Conference decided to give them one-off grants of 2,500 euros ($2,970).

In August 2021, however, in a suit filed against the Finance Ministry’s Holocaust Survivors Rights Authority, the plaintiffs suffered a setback: They lost their class action for monthly payments.

Israel’s Supreme Court rejected the demand for several reasons. The first was that the Moroccan authorities “made their own decisions separately from the main Vichy government, and the Germans had little influence over them.” In turn, the Vichy government was considered to have been acting independently of the Nazis.

But an expert witness for the plaintiffs countered that Xavier Vallet, deputy to Vichy leader Maréchal Pétain, initiated the Nuremberg laws in Morocco. Vallat was convicted as a Nazi war criminal after the war. “Such documentation would have been enough to convict Eichmann,” said the witness. And if inmates of internment camps in Vichy-occupied France had been able to claim compensation as Shoah victims, why not Jews who had suffered in Moroccan camps?

Three judges agreed that Moroccan Jews suffered anti-Semitic abuse from the authorities, but the harm they suffered “consisted mainly of a reduced ability to acquire housing, education and employment.”

“These restrictions, which weren’t imposed in the territory of the German Reich but on Moroccan soil,” said the court, “don’t meet the demands of the law.”

Secondly, the plaintiffs had not managed to persuade the court that the Jews had suffered “extreme tension and fear.” Yet, in spite of the Allied “liberation” of Morocco and Algeria after Operation Torch in November 1942, the United States allowed the Vichy regime to remain in place until the end of 1944. With the apparent support of the king, the regime’s French SOL troops had apparently instigated vicious anti-Jewish riots in January and February 1943. These would have created a climate of fear.

Most bizarre of all, the court observed that history is open to revisionism and interpretation, whereas the “law works according to precise rules, with all the pros and cons that that entails.”

The Moroccan failure in the Israeli courts recalls a similar ruling against Farhud survivors, who had argued unsuccessfully, after five legal rounds, that the 1941 pogrom in Iraq was a Nazi-inspired event.

Professor Yitzchak Kerem, an expert on the Holocaust as it affected Sephardi communities, discerns a deliberate effort on the part of the Ashkenazi establishment in Israel to downplay or marginalize the sufferings of Jews in Morocco and Iraq.

Yadid accused the Israeli Teasury of “discriminating between victims of the Nazi regime out of budgetary considerations,” pointing out that the Jews of Libya and Tunisia had been recognized as victims of Nazi persecution. He will consider asking for a re-hearing with an expanded panel of judges.

In any event, we have not heard the last of this story.

Lyn Julius is the author of “Uprooted: How 3,000 years of Jewish Civilization in the Arab World Vanished Overnight” (Vallentine Mitchell, 2018).