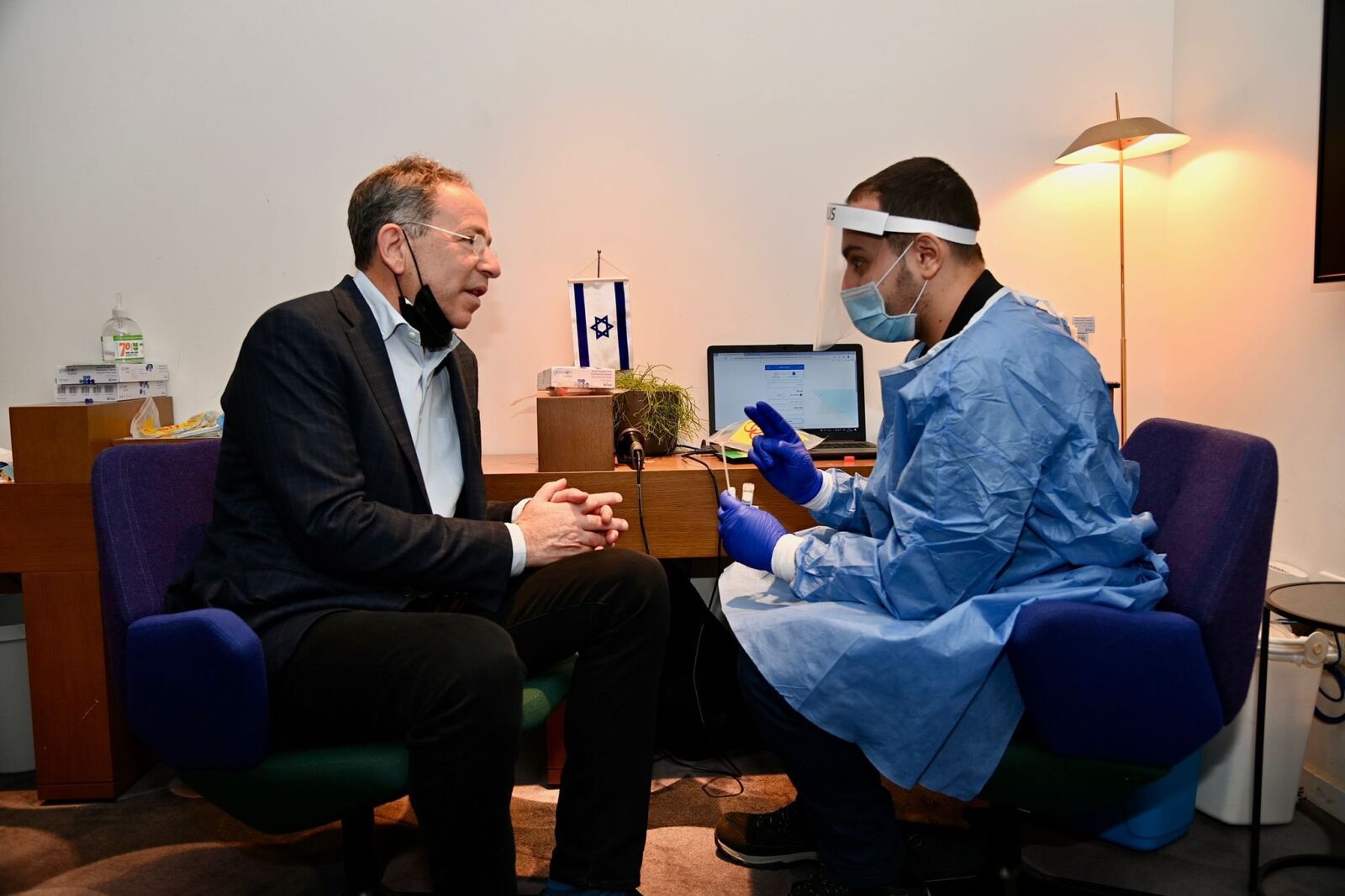 Israel Hayom via JNS
By Ariel Kahana and Neta Bar

Nides will replace senior diplomat Michael Ratney, who has served as charge d'affaires at the U.S. Embassy in Jerusalem since June.

Newly confirmed U.S. envoy Thomas Nides landed at Ben Gurion Airport on Monday morning to take up the post left vacant after the departure of David Friedman in January.

The Biden appointee was confirmed by the Senate on Nov. 3 and will replace senior diplomat Michael Ratney, who has served as charge d’affaires at the U.S. Embassy in Jerusalem since June.

Nides posted on Twitter that landing in the Jewish state was an unforgettable moment, and that he was following quarantine rules to prevent the spread of the Omicron variant of the COVID-19 virus. “I’m eagerly awaiting a negative test result so I can begin to meet many of you soon!” he tweeted.

The new American ambassador will be residing in Jerusalem, but not at the 19th-century building on Agron Street owned by the United States, where his predecessor Friedman stayed during his final months in the position. Instead, Nides will be staying at a rental home.

Nides was the managing director and vice chairman of Morgan Stanley and previously served as deputy secretary of state for management and resources from 2010 to 2013 in the Obama administration.

“There’s no greater privilege than what I have been asked to do, to represent the United States of America to the State of Israel,” the envoy said in a video message posted to his Twitter account.

“I will be making my home in Jerusalem,” Nides added, “and I’ll soon be traveling all over this country, to connect with Israelis’ rich history and culture. As President Biden has said many, many times, America’s strength is, and has always been, rooted in our diversity. I aspire to represent the full diversity of Americans, whose backgrounds and beliefs may differ but are united in the core US values of freedom, democracy, and opportunity.

“The same rings true for Israel. That’s why the bonds between our two countries, as President Biden has said, are unbreakable. There’s no greater privilege than what I have been asked to do, to represent the United States of America to the State of Israel.”

He added: “I look forward to traveling all over this beautiful country, and meeting many, many of you in the weeks and months ahead. Toda raba [Hebrew for ‘thank you very much’].”