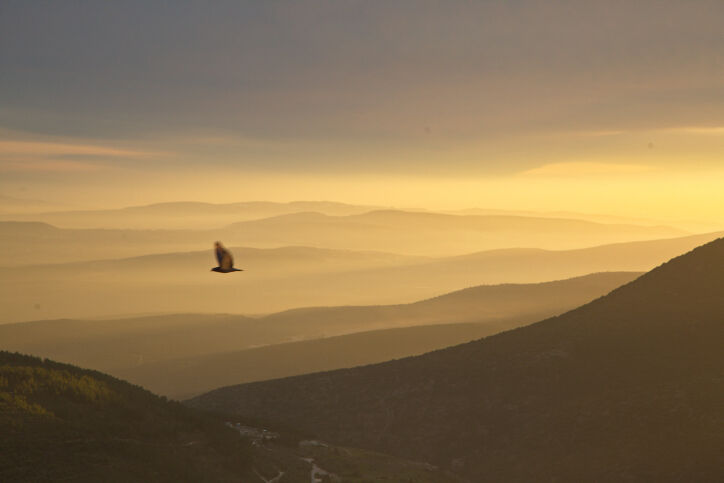 It’s one thing to engage in civil dialogue while expressing our disagreements; it’s quite another to lash out and lecture one another while ignoring our radically different predicaments.

It’s a strange experience to walk around a town and notice that virtually everyone is Jewish. It’s as if all of Los Angeles was Pico-Robertson.

That’s the vibe I’ve been feeling this past week as I’ve been hanging out in the holy city of Tzfat in the north of Israel. There are Jews everywhere.

I mention this only because when we talk about Israeli and American Jewry—and worry about the growing rift between the two communities—we seem to overlook some obvious differences, such as: The great majority of Jews in Israel are surrounded by other Jews. They are immersed in Jewishness and Israeliness. In the areas where most Jews live, they represent well over 80 or 90 percent of the population. When there’s a Jewish holiday, everyone feels it. It’s in the air.

There’s another, more quirky difference: the definition of a “safe space.” In America today, that ubiquitous term is usually reserved for college students triggered by any number of microaggressions, from an offensive passage in a Mark Twain novel to seeing someone culturally appropriate a certain ethnic custom.

Jewish observance in Israel also feels more fluid. There are plenty of Israelis who won’t attend synagogue on Shabbat but will never miss Shabbat dinner. “Traditional” Jews may go to shul on Shabbat but then drive to the beach in the afternoon. It’s not uncommon for secular Israelis to study the Bible or even the Talmud.

Do any of these differences really matter? Only in the sense that the better we understand our differences, the better equipped we’ll be to deal with the rifts.

We have a tendency to see things through a personal lens, projecting our own values on others. For example, it’s impossible to imagine a Chief Rabbinate in America with authority over religious and civic matters. Let’s face it, the fact that chief rabbis in Israel have so much power drives many of us nuts. But it’s a reality Israeli Jews have to face that we don’t.

Israel may share a lot of values with the West, but unlike the myth, it is hardly the fifty-first state of the United States. For better or worse, Israel belongs in an ancient, tribal and terror-infected Muslim-Arab region.

Take the issue of democracy. Israel shares many of the ideals of a classic democracy—such as freedom of speech, freedom of religion, representative government, and so on—but it is also the world’s only Jewish state. That duality makes democracy in Israel uniquely complex and delicate. We don’t face that same problem in America, although we have plenty of our own.

Of course, it’s perfectly OK to share genuine beefs. I can’t wait, for example, for the Israeli government to follow through on its commitment to build a new egalitarian section at the Western Wall. That may not be a big deal for most Israelis, but it matters to many American Jews.

It’s common for Diaspora Jewry to argue that since Israel is the state of all the Jewish people, all Jews should have a say in its affairs. That’s true, but only up to a point.

It’s one thing to engage in civil dialogue while expressing our disagreements; it’s quite another to lash out and lecture one another while ignoring our radically different predicaments.

A lot of American Jews, for instance, are exhausted with the Palestinian conflict and have complained loudly for years about Israel’s failure to make peace. Israelis also want peace, but many of them worry that if they leave the West Bank, it would turn into another Gaza with rockets falling on Ben Gurion Airport. Who are we to tell them from the comfort of our American homes not to worry about that?

Here’s my wish: we go easy on one another. We recognize our different realities and adjust our expectations accordingly. We engage and exchange but put a priority on addressing our own problems. We connect around the bonds of Jewish peoplehood that bind us together.

And when we feel the urge to share our beefs, we do it respectfully and lovingly, as if we were family members or longtime neighbors living in the same Jewish town.

David Suissa is editor-in-chief and publisher of Tribe Media Corp, and “Jewish Journal.” He can be reached at [email protected]

Caption: A view of the upper Galilee as seen from the city of Tzfat, on Feb. 4, 2018.
Photo by Yaakov Lederman/Flash90.