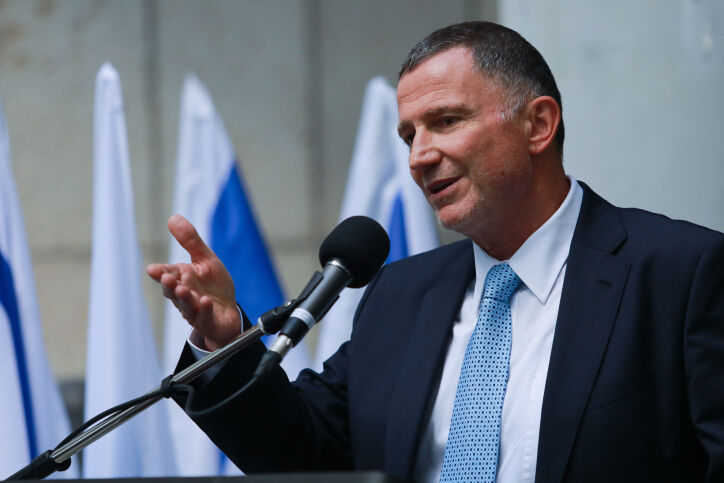 “If the party doesn’t engage in some serious introspection, it will remain in opposition for years,” says Likud No. 2 Yuli Edelstein.

Former Knesset speaker and Likud Party No. 2 Yuli Edelstein announced on Monday that he will challenge Likud leader Benjamin Netanyahu for leadership of the party.

“We have held elections four times. The Likud is the largest faction in the Knesset. Four times we have failed to form a Likud-led national government,” Edelstein told Channel 12.

“If we don’t engage in some serious introspection, we’ll remain in opposition for many years,” he added.

Dismissing a recent poll that showed Netanyahu strengthening and predicting 30 Knesset seats for the Likud under his leadership, Edelstein said, “Netanyahu has failed to form a government four times. How will he suddenly succeed for the fifth time? The facts speak for themselves.”

Even in the most optimistic polls, Edelstein said, Netanyahu failed to pull together the necessary 61-seat majority to form a government.

A date for the Likud primaries has not yet been set. Edelstein said he hopes that the party will decide to hold primaries in the next few months.

Edelstein emphasized that the competition was between himself and the current government, which he described as “simply dangerous for the State of Israel,” and not with Netanyahu.

In response to the announcement, sources close to Netanyahu said, “The Likud is a democratic party. Benjamin Netanyahu was re-elected to the Likud leadership by a huge majority of 72.5 percent just under two years ago. Anyone interested in running for [the party] leadership is welcome to do so,” according to Maariv.

Caption: Former Israeli minister of Health Yuli Edelstein attends a ceremony for the newly appointed head of the Ministry of Health in Jerusalem, July 13, 2021. Credit: Flash90

Jazz brings Jews and blacks together against anti-Semitism and racism

Israel among candidates being ‘considered’ for US visa-waiver status