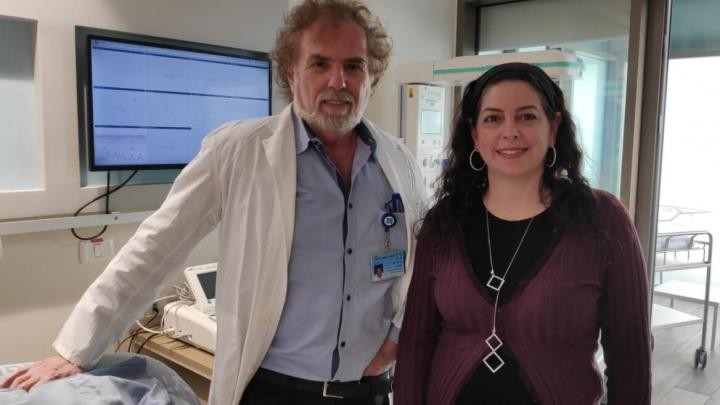 Sixty percent of women in the West opt for epidurals to reduce pain during childbirth. But it’s long been believed that if given too early, an epidural may prolong labor.

A new study at Hadassah Medical Organization in Jerusalem debunks that common notion, concluding that there is no significant difference at which stage of delivery a woman receives an epidural.

The study, recently published in the medical journal Acta Obstetricia et Gynecologica Scandinavica, is the first to examine whether there is a unique effect of epidural timing during childbirth.

The Hadassah evaluating some 19,000 women who gave birth between 2003 and 2015 found that the duration of delivery did not vary significantly among women who chose to have epidurals at the beginning, middle or closer to the end. Nor did more of these women wind up having caesarian sections.

“Epidural analgesic is the most common and effective means of relieving pain in the delivery room. Despite its widespread use, the question of its effect on the duration of the various stages of delivery remained unanswered,” said Dr. Simcha Yagel, chief of Hadassah’s Division of Gynecology and Obstetrics.

“For years now, I have heard that there is a widespread presumption in maternity—even among physicians and midwives– that it is better for a woman to receive an epidural as late as possible at birth, but not too late, so as not to ‘miss’ its effectiveness in reducing delivery pain. This uncertainty creates stress in the delivery room.”

Hadassah nurse Michal Lipschuetz, a doctoral student in computational biology at Bar-Ilan University, investigated this topic under the guidance of Yagel and Prof. Ron Unger of Bar-Ilan.

Says Lipschuetz, ” Numerous studies … have shown that epidural increases the duration of labor, particularly in a first birth, but it doesn’t increase the rate of cesarean delivery.

“In our study, we examined the duration of birth according to what stage in the cervical dilation it was given. The timing wasn’t significant in prolonging birth, and a woman who decides mid-birth that she’d like an epidural can get it without ill effect. Likewise, if a woman has decided before starting labor that she wants an epidural, she should get it as soon as labor begins.”

Yagel concludes: “Giving birth is one of life’s great moments, but it’s also painful and for some women very long. Epidurals can help. Now we know that a woman who wants an epidural doesn’t have to wait, and the woman who decides during birth that she wants an epidural shouldn’t be refused. A positive birth experience is important to the process of attachment to the baby and mother’s recovery, physically and emotionally. “

Further studies will investigate the impact of timing of epidurals on induced or oxytocin-augmented labors.