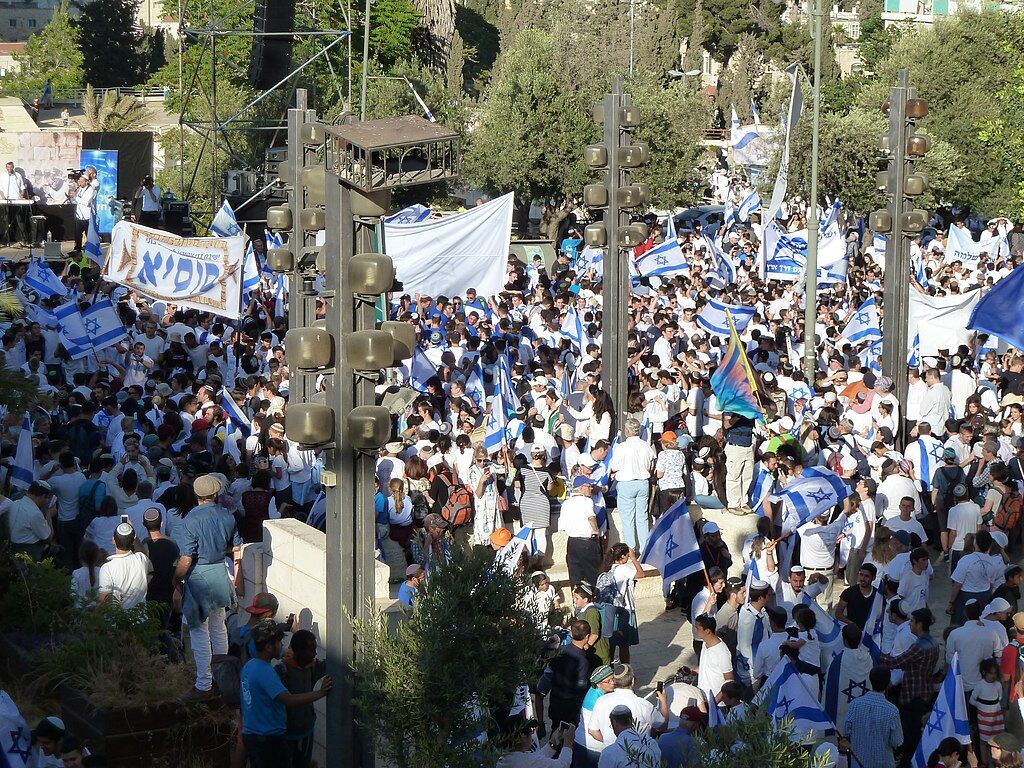 A decision was made to allow the annual Jerusalem Day Flag March to take place next week, after Prime Minister Benjamin Netanyahu, who was in favor, and Defense Minister Benny Gantz, who opposed it, came to an agreement Tuesday evening.

Jerusalem Day, which celebrates the reunification of the city, this year fell on May 10. Palestinian Arabs engaged in violent riots in the Old City and in the Sheikh Jarrah neighborhood of the capital the night before.

The march was originally rescheduled for this coming Thursday. On Monday, however, it was canceled due to security concerns. A conference call was held between Netanyahu, Gantz and several other senior members of the defense establishment. Netanyahu was the only participant not to come out against the event in which thousands march through the Old City, including the Muslim quarter, to the Western Wall.

The Gaza-based Hamas terror organization, which launched close to hundreds of thousands of rockets at Israel throughout the 11 days of Operation Guardian of the Walls last month, had threatened violence if the march takes place.

Netanyahu, who wanted the march to go ahead, turned to Gantz in an effort to reach an agreement. As a result, compromises were made and the march will take place next Tuesday.

The prime minister “ascribed great importance to reaching a broad agreement on the holding of the march; therefore, he called a recess in the Security Cabinet meeting and turned to Defense Minister Benny Gantz in order to reach an agreement,” a statement from the Security Cabinet on Monday night read.

“The Prime Minister and the Defense Minister submitted the following decision, which was approved by the Cabinet: The march will be held on Tuesday, 15 June 2021, in a format to be agreed upon by the police and the organizers of the march.”