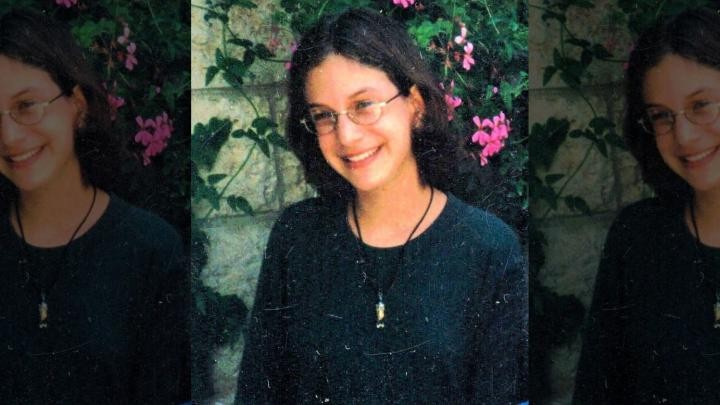 Blood Money: The PA Has Paid $1,183,257 to the Terrorists Behind the Sbarro’s Massacre

"August 9 marks the 20th anniversary of the suicide bombing in downtown Jerusalem which killed 15 and injured 130.

Tomorrow, August 9, 2021, will mark 20 years since the attack on the Sbarro pizza restaurant in downtown Jerusalem.

Fifteen people were murdered, including 5 members of one family. Among the dead were seven children and a pregnant woman. Another 130 were injured.

As a reward for carrying out the attack, each month the Palestinian Authority pays a total of $8,006 (25,800 shekels) to the imprisoned terrorists and the families of the dead terrorists, who were involved in the attack..."

"in 2001, Malki Roth was murdered in the infamous Sbarro's bombing attack in Jerusalem. 20 years later, her parents still mourn their loss and act in her memory..."

The parents of Malki Roth, who was killed in the Sbarro attack 20 years ago, are still seeking justice, while their daughter’s killer roams freely in Jordan.

Ahlam Tamimi was the mastermind behind the Sbarro Pizzeria bombing in Jerusalem on Aug. 9, 2001, which killed 15 people, including eight children, and wounded 121 others.

Among those killed were two American citizens, including 15-year-old Malki Roth, and a third US citizen who has remained in a permanent vegetative state.

Tamimi was released in 2011 in a prisoner swap and has been living in Jordan as a free woman with innocent blood on her hands.

Malki’s parents, Arnold and Frimet Roth, have never stopped fighting to prosecute their daughter’s killer, who is on the FBI’s “most wanted terrorist” list.

On ABC’s “The View” they share their experience and a message for President Joe Biden.

Some hours ago, Bari Weiss - an editor and terrific opinion writer who used to be with the Wall Street Journal and the New York Times - published an article about our battle for justice in her influential Sub-Stack newsletter, Common Sense. Under the title "Will Joe Biden Grant My Daughter Justice?", it centers on a pointed appeal to President Biden. Read it and you will learn of an explosive revelation about our campaign that has not been published anywhere until today. Please share it with friends.

Earlier today, an opinion piece authored by Frimet and me appeared in Times of Israel as a featured op-ed. Entitled "King Abdullah, when will Jordan hand our child’s murderer over to US justice?", we don't actually expect it to move public opinion in Jordan. But it does make a case for decision-makers in Washington that the mainstream media has not wanted to know about. Or to publicize. We remain optimistic that this will now start changing for the better.

King Abdullah of Jordan is reportedly visiting Washington on official business in the coming week or so. This is an opportunity and we don't plan to miss it.

Your comments and ideas are always welcome. Please address them via email to [email protected]

The release of the Roth video came out four years after the United States announced terrorism charges against Ahlam Ahmad Tamimi for masterminding the attack on a Sbarro pizzeria.

(March 18, 2021 / JNS) Frimet and Arnold Roth, whose 15-year-old daughter Malki, a U.S. national, was murdered in August 2001 in the Sbarro pizzeria bombing in Jerusalem, published a new video this week calling on the Biden administration to pressure the Kingdom of Jordan to extradite Ahlam Ahmad Tamimi—the Hamas terrorist who orchestrated the bombing—so that she can stand trial in a U.S. federal court.

The release of the video came out four years to the date since the United States announced terrorism charges against Tamimi for carrying out the attack through the use of a “weapon of mass destruction” against an American citizen outside U.S. soil resulting in death. Another American murdered in the attack, was Shoshana Yehudit Greenbaum, 31, an American tourist from New Jersey, who was five months pregnant at the time.

A total of 14 other people, including six children besides Malki Roth, lost their lives in the bombing attack, while more than 120 were wounded.

Tamimi was arrested a few weeks after the massacre and sentenced to 16 terms of life imprisonment in an Israeli court. She was later freed to Jordan as part of a 2011 prisoner exchange by Israel in an agreement with Hamas that led to the release of Israel Defense Forces Sgt. Gilad Shalit..."

Petition update · Into our third US administration - and the injustice goes on · Change.org

The petition at www.change.org/ExtraditeTamimi was created last summer to serve as a request to then US Secretary of State Michael Pompeo. He ignored us and has now left office without doing anything himself or via his staff to bring Ahlam Tamimi to trial in Washington.

Our petition is still alive, still gathering signatures, still serving as a way for thousands of ordinary people wanting to help justice get done in the case of the woman who says proudly she bombed the Sbarro pizzeria in Jerusalem. This evil, dangerous, sadistic, and influential woman boasts that the children inside were her goal. She openly expresses delight that she killed them. She is free because so many stand with her in that passion.

Her freedom is an unspeakable insult to human dignity and justice.

And so long as she remains free - which the Hashemite Kingdom of Jordan enables - she will continue to encourage further acts of lethal bigotry and religiously inspired terrorism.

We failed in getting the Obama and Trump administrations to take the steps needed so that Jordan complies with its treaty obligation. We are now pressing for action by the Biden administration.

And we are continuing to demand that the news industry cease their covering up of the Tamimi/Jordan/extradition scandal. We need them to report it honestly and in this way allow more people to know it's happening.

Thank you for signing. Please urge your friends and neighbors to do it too. Getting justice done means overcoming stubborn obstacles and we need all the help we can get.

Please sign the petition, started by Malki Roth's parents at the following link:

The full text of the petition is below.

An article about the case was recently published in the Algemeiner:

Also please share with your friends & family on your groups and Facebook, please publicize the above as much as possible!

Thank you for your help!

The massacre: On August 9, 2001, a Jordanian woman, Ahlam Tamimi, escorted a young Palestinian Arab male from Ramallah to Jerusalem by bus and taxi. Accustomed to dressing in traditional fashion, both disguised themselves to resemble tourists. She walked him from the Old City’s Damascus Gate into the Israeli capital’s commercial center. There, minutes after she rushed away to safety, he detonated the guitar case slung across his shoulder inside the crowded Sbarro pizzeria. Fifteen persons were murdered. 130 others were injured, many severely. A young mother remains hospitalized in a permanent vegetative state to this day. Among the dead were two U.S. citizens: Malki Roth, 15, and Shoshana Hayman Greenbaum, 31, a visitor from New Jersey, recently married and pregnant with her first child.

The mastermind: Tamimi, born and educated in Jordan and a part-time newsreader at a Ramallah TV station, was the first woman ever to be admitted to the ranks of Hamas terrorists. Her role went far beyond escorting Al-Masri to the pizzeria. She visited Jerusalem several times that summer, scouting potential massacre sites for her Hamas masters, selecting Sbarro and choreographing the brutal massacre. To this day, she remains unrepentant, publicly reveling in her role as planner of the Sbarro devastation which she has called “my operation.” A viral video captures Tamimi beaming with delight on being told the bombing extinguished the lives of even more children than she thought.

Free in Jordan: Ahlam Tamimi today lives in Jordan where she is a television personality and icon of the kingdom’s social media and public opinion. Since returning there, she has married, established herself as a public figure and journalist and serves as a high-profile lightning rod for expressions of vicious, lethal terrorism. The Justice Department of the United States unveiled terrorism charges against her in 2017 and formally notified Jordan of its request that she be extradited to face trial in Washington.

Thwarted extradition: Jordan signed an extradition treaty with the United States since 1995 and has extradited Jordanian fugitives every time this was requested. But on the basis of a narrow technical argument, Jordan has stated its firm refusal to hand the confessed bomber over for prosecution. It keeps her safe from all U.S. law enforcement efforts. Tamimi is today the most wanted female terrorist in the world, included on the FBI’s Most Wanted list, and the subject of a $5 Million US government reward. Jordan, a close and highly dependent U.S. ally, receives $1.5 billion a year in U.S. aid.

The campaign: Malki Roth’s parents have campaigned since 2012 for the United States to firmly urge compliance by Jordan in bringing Tamimi to justice. Their persistence has led to two significant developments. First: In December 2019, Congress legislated a powerful sanction that potentially will stop U.S. foreign aid to Jordan because of its treaty breach. President Trump signed this into law on December 20, 2019. And secondly: Seven Congressional lawmakers wrote to Jordan’s Ambassador in Washington on April 30, 2020 noting how the sanction reflects “the deep concern of the Congress, the Administration and the American people” and affirming that “it is of the highest importance to US/Jordan relations that an outcome is found that honors Jordanian law while ensuring this unrepentant terrorist and murderer of innocent Americans is brought to US justice.”

Why does this matter? The unrepentant murderer’s freedom and celebrity status sends out a deplorable message: that in some societies, blood-drenched terrorists who execute cruel and inhumane acts of murder of innocents can evade justice.

The world cannot accept this. Period. Our call to action is that the United States must apply all necessary pressure NOW so that Jordan, after years of avoiding a hard decision, complies with its legal, moral and treaty obligations in the Tamimi extradition.

Protest the City Plans for Building Huge Towers in Jerusalem

Weights, slant board, bar and dumbells

FREE-Professional books on Neurology and Psychiatry