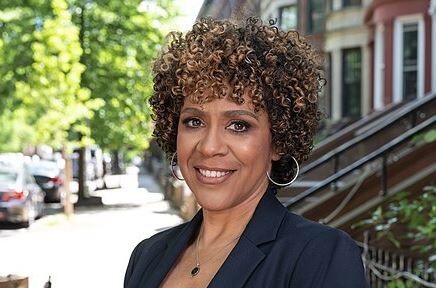 In the race leading up to the June 22 primaries, former Democratic presidential candidate Andrew Yang is polling at 26% support, which is 13 points ahead of his closest rival, Brooklyn Borough President Eric Adams, while Morales trails badly with barely 3%.

However, her notoriety got a public relations boost last week and some desperately sought-after name recognition when The Forward published an article on how Morales calls Israel an “apartheid state.”

“The woman has 3% in the polls, she was rejected by her own party members, why award her this lavish exposure?” commented the Jewish Press. “Also, if you know she’s stuck in the 3% bargain basement, why open your story with ‘Dianne Morales, one of the leading candidates for mayor of New York City, called Israel an apartheid state’? She’s not leading by any stretch of the verb to lead, but with your support, sure, the sky is the limit.”

The Jewish Community Relations Council of New York sent Morales on an all-expenses-paid, week-long trip to Israel in 2015, but they apparently didn’t vet Morales in advance because she dissed Israel for what she called a “propaganda trip.”

“I was not happy with my experience on that trip, to be frank, because I don’t think that we were given sort of honest and straightforward information,” Morales said.

Commenting on The Forward‘s article, a reader named Anotla posted that Morales comes across as all hot air with no background to qualify her to run the city.

“If Morales has such a simplistic view of the Middle East, she may easily have a similarly simplistic view of New York City,” Anotla wrote. “That [the] Working Families Party nevertheless gave her high marks in a mayoral campaign is an indication that sound bites, not depth or experience, is a prerequisite for their endorsement.”