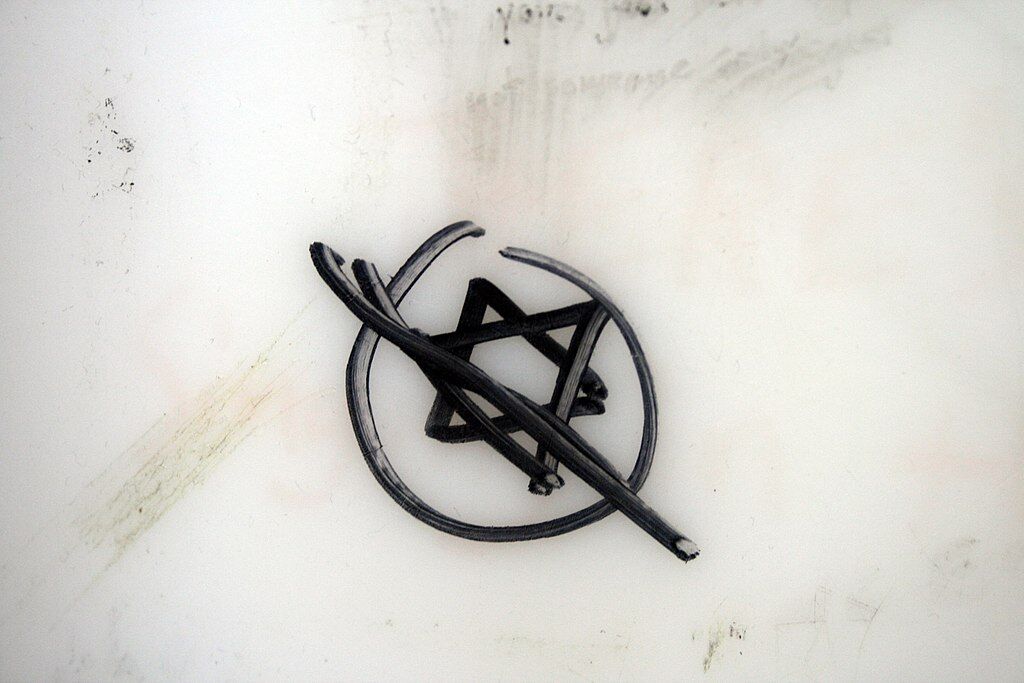 The survey, conducted by the American Jewish Committee, also found that most U.S. Jews and the general public view the Republican Party as more anti-Semitic than Democrats.

A new survey conducted by the American Jewish Committee on Jewish and non-Jewish Americans revealed a stark level of ignorance when it comes to anti-Semitism awareness among the U.S. general public.

According to the survey, “The State of Antisemitism in American 2020,” which surveyed 1,010 non-Jewish adults between Sept. 15-20, 2020, some 46 percent of Americans are “unsure” or have “never heard of the term” anti-Semitism.

“This is stunning. Notably, there is a correlation with levels of education. More than a third of adults who have a high school education or less (36 percent) said they have never heard the word anti-Semitism,” Holly Huffnagle, U.S. director for Combating Antisemitism, told JNS.org

“Education in American schools is imperative. The more Americans know about anti-Semitism and its dark history, the better prepared they will be to counter it,” she said.

The survey, which also separately polled 1,334 adult U.S. Jews from Sept. 9 to Oct. 4, 2020, also found a stark disagreement between how Jews and non-Jews about whether anti-Semitism has increased.

While eight in 10 American Jews (82 percent) say anti-Semitism has increased in the past five years, only four in 10 members of the general public (43 percent) believe that it has escalated.

Huffnagle said there needs to be a “multi-pronged approach” to address the lack of awareness of anti-Semitism. Among her suggestions was an increase in anti-Semitism education, building coalitions and better reporting.

“One reason why many Jews who have been the target of anti-Semitism do not report it is because they believe nothing will change (resignation in fighting antisemitism) and/or it is not serious enough (normalization of antisemitism),” she said.

“In fact, our survey revealed that three out of four American Jews (76 percent) who have been the target of anti-Semitism in the last five years did not report the incident.”

‘Israel animus a pretext for threats and violence against Jews’

Another interesting result, especially ahead of the presidential election, was that notably two-thirds of American Jews (69 percent) and a little more than half of U.S. adults (52 percent) say the Republican Party holds “at least some anti-Semitic views” compared to only 37 percent of American Jews and 42 percent of the general public who say the same about the Democratic Party.

Huffnagle said that while some of this is a result of the fact that a large majority of American Jews support former U.S. Vice President Joe Biden and the Democratic Party, it is also likely a result of where most American Jews think where sources of anti-Semitism in American today are coming from.

According to the survey, nine in 10 (89 percent) American Jews said the extreme political right poses a threat with 49 percent saying it’s a very serious threat.

“I want to emphasize that both Democratic and Republican Jewish voters said anti-Semitism was a problem in the U.S. today, as did American voters (although fewer Republicans (57 percent) versus 71 percent of Democrats).”

Huffnagle added that addressing anti-Semitism must be a concern of both parties. “We must work to depoliticize it and to use the term judiciously, and not overstate or understate the problem,” she said.

Another important bright spot is the results regarding support for Israel and its right to exist.

The survey found that three-quarters of Americans (74 percent) agree that the statement, “Israel has no right to exist,” is anti-Semitic (compared to 85 percent of American Jews).

“AJC has been saying for decades that anti-Israel animus has been used as a pretext for threats and violence against Jews. We have advocated at the highest levels of government for the critical need to understand anti-Israel anti-Semitism,” emphasized Huffnagle. “While we have known the majority of American Jews view anti-Zionism as a form of anti-Semitism, we now have information about the general population.”