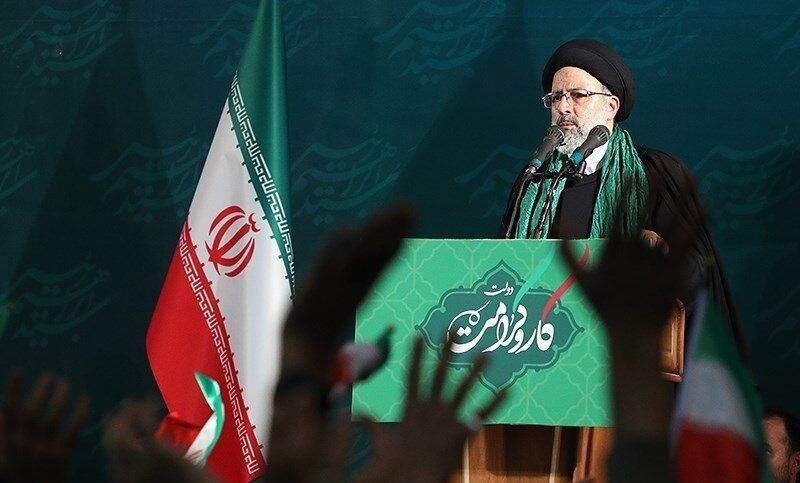 It is widely known that “elections” in Iran are a joke and this week’s presidential election is no exception, because it’s already known that ultraconservative cleric Ebrahim Raisi is going to win.

In Iran’s version of “democracy”? If you want to run for president, you have to first be approved by a body called the Guardian Council, whose members are all appointed and supervised by Iran’s aging Supreme Leader Ayatollah Ali Khamenei.

Out of the 592 Iranians who applied to run for president, the Guardian Council approved only seven. Raisi is widely seen as a possible successor to Khamenei and has the nasty credentials needed to fill Khamenei’s shoes of ruling over a country with one of the worst human rights records on the planet.

Two years ago Khamenei appointed Raisi head of the Islamic Republic’s judiciary, based on his long history of working in senior judicial roles, including attorney general and assistant prosecutor at the tender age of 20.

But Raisi, now 60, has a legal career tainted by what one would expect under an Islamic dictatorship. He is suspected of playing a major role in the execution of thousands of political prisoners in the 1980s when Ayatollah Khomenei was purging any opposition to his iron-fisted regime.

When he got the judicial appointment, then deputy State Department spokesman Robert Palladino tweeted that “[Raisi was] involved in mass executions of political prisoners, [and[ was chosen to lead #Iran’s judiciary. What a disgrace! The regime makes a mockery of the legal process by allowing unfair trials and inhumane prison conditions. Iranians deserve better!”

Even the left-wing Guardian newspaper in England, which is extremely anti-Israel, noted that Iran’s election is a sham and said Wednesday that “Iran’s next president will ride a wave of voter apathy into power. After years of government corruption, repression and violence, many Iranians are expected to boycott Friday’s elections.”

With Iran’s economy in ruins due to the regime’s obsession with investing in nuclear and military programs, instead of civilian infrastructure, the country’s 60 million people appear to be fed up and will express themselves the only way they can – by not voting.

Despite high voter turnout in previous elections of over 60%, less than 40% of eligible voters are expected to cast their ballot this time, and Raisi is expected to cruise to victory.

He may also eventually become the next Supreme Leader of the country, whose stated goal is the destruction of Israel.