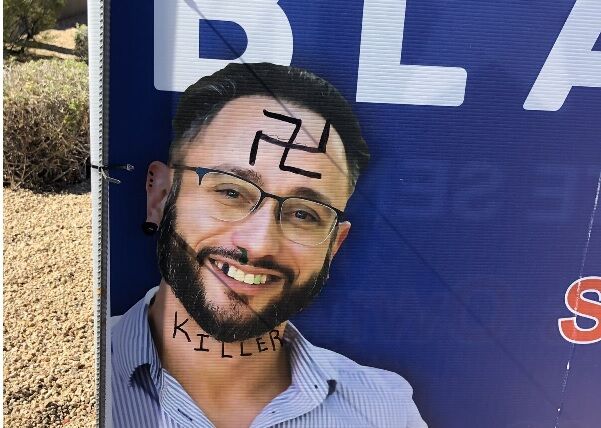 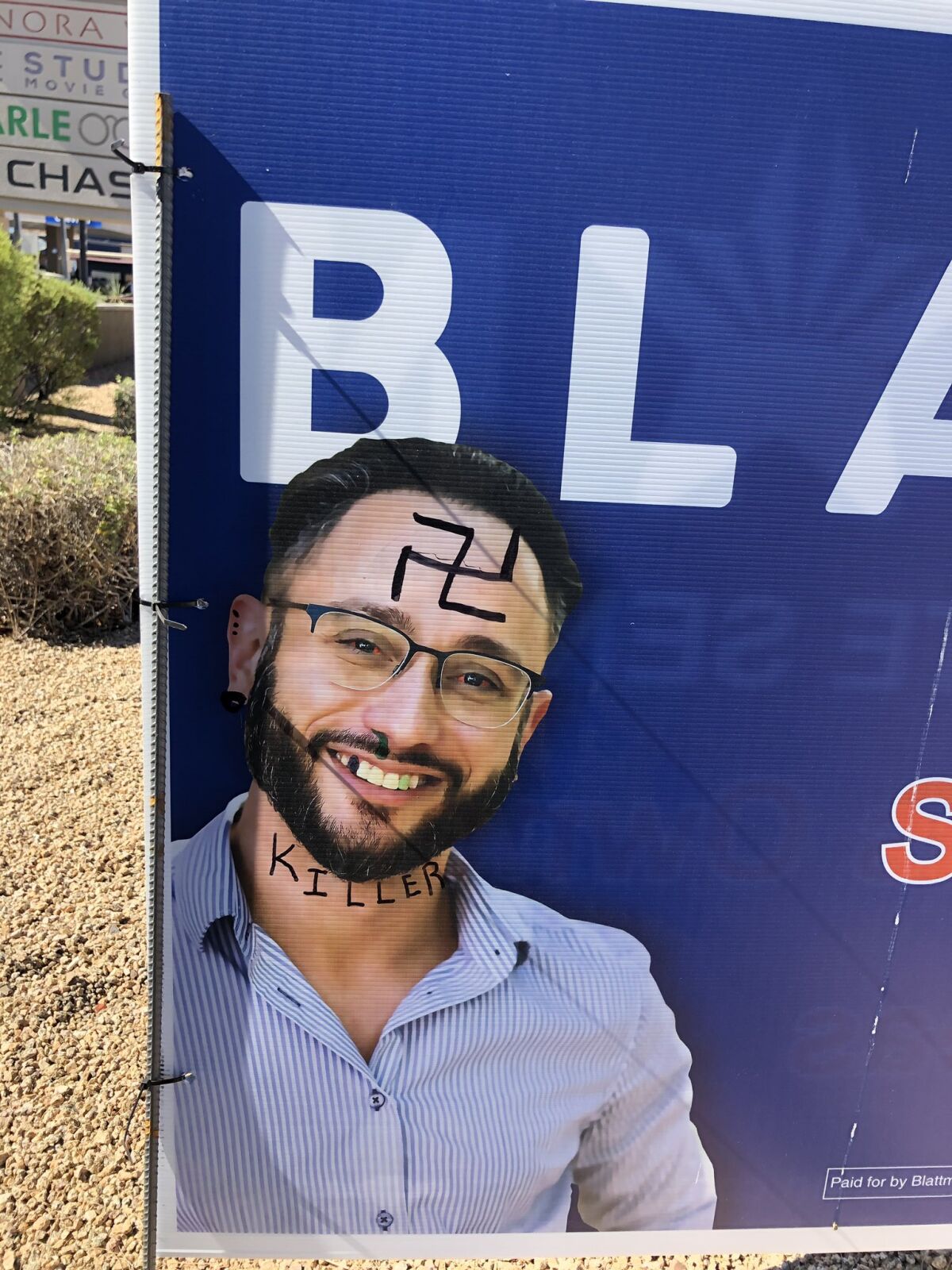 “Someone that I’ve never met, never seen, hates me for a reason I can’t control, because of who I was born to be,” said Seth Blattman.

Anti-Semitic graffiti was found on a campaign sign for a Jewish candidate in Arizona.

Seth Blattman, a Democrat running for the Arizona State Senate, told a group of local TV stations that “it was extremely sad” to see a swastika drawn on his forehead and the word “killer” written in all capitalized letters across his neck on the sign.

“Someone that I’ve never met, never seen, hates me for a reason I can’t control, because of who I was born to be,” he said.

Blattman mentioned that he lost family members in the Holocaust.

“I had a great aunt that I remember as a kid asking what the number on her arm meant,” he said.

As of Saturday, Blattman had said he’s considering filing a police report. In Arizona, vandalizing a political sign is a crime.

Thank you all so much for the incredible support. We must fight hate wherever we see it – at home or abroad.

This incident is an unfortunate sign of the times, but seeing our community come together to speak out against it has shown me that we’re better than this.