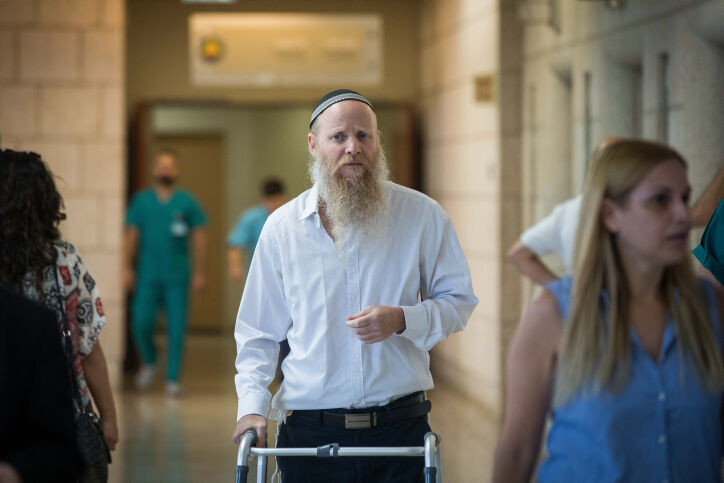 What has prevented us from demanding sanctions against organizations involved in terrorist activities, particularly when those organizations are leading campaigns to slander Israel?

The Independence Day torch-lighting ceremony to be held on Mount Herzl this year will lift our spirits and instill fresh hope in humanity and the good of the world. One of the 12 people set to light a torch is Rabbi Eitan Shnerb, one of the founders of the Kol Rina charitable organization that bears the name of his daughter, Rina, who was killed by Palestinian terrorists in 2019.

The great paradox is that not only are the main suspects in the murder of Shnerb’s daughter self-defined “human-rights activists,” but the West also sees them this way. They were all employed by organizations that claim to promote human rights and humanitarian aid and are supported financially by the European Union, Germany, France, the Netherlands, Italy and Spain.

When these governments learned that those they were paying with European taxpayer money were involved in the terrorist attack, some were silent while others denied European funds had reached the individuals in question, even though they were senior organization officials. Two of them, the commander of the terrorist cell that murdered Rina and the commander that authorized the murder, were financial officers of the Palestinian Front for the Liberation of Palestine.

Members of the European Parliament were shocked to discover that their money, which is supposed to do good, had supported the people suspected of carrying out the fatal attack. They signed petitions and submitted queries, and even raised the issue in a meeting of the E.U.’s Foreign Affairs and Security Council. As a result of all the pressure, E.U. foreign policy chief Josep Borrell ordered an internal investigation that continues to this day. After a year of denials, the Dutch government also woke up and halted its funding to the organization, in the summer of 2020.

That was in July—ever since, Shnerb has been waiting for some kind of development or sign that someone cares that European money continues to fund organizations with ties to terror groups. One year on, the European Union is still examining itself. Germany, Spain, France and Italy are silent. Even here in Israel, barely a word is spoken on the subject.

How is it that the State of Israel hasn’t made this issue a priority? How has it not been discussed in meetings between Israeli and European politicians since August 2019? Why has no serious discussion been held in the Knesset? What prevented us from demanding sanctions against organizations involved in terrorist activities, in particular when those same organizations are leading campaigns to slander Israel at the United Nations, in parliaments around the world and at the International Criminal Court?

We can’t expect anything from the Palestinians or the organizations that purport to advance human rights; one of the main suspects in the attack is running in the upcoming Palestinian legislative elections. For their part, human-rights groups have for the past year and a half been engaged in a campaign to whitewash the killers and calling for their release.

So when Rabbi Shnerb takes the stage to light the torch on Wednesday night, anyone with knowledge of his story must ask themselves: Have we done everything we could to honor the memory of his daughter, Rina, who was just 17 at the time of her murder?

Olga Deutsch is the vice president of NGO Monitor.

Caption: Rabbi Eitan Shnerb at the Hadassah Ein Kerem Hospital in Jerusalem. Rabbi Shnerb was wounded in a terrorist bombing near Dolev that killed his daughter Rina. Aug. 28, 2019.
Photo by Yonatan Sindel/Flash90.