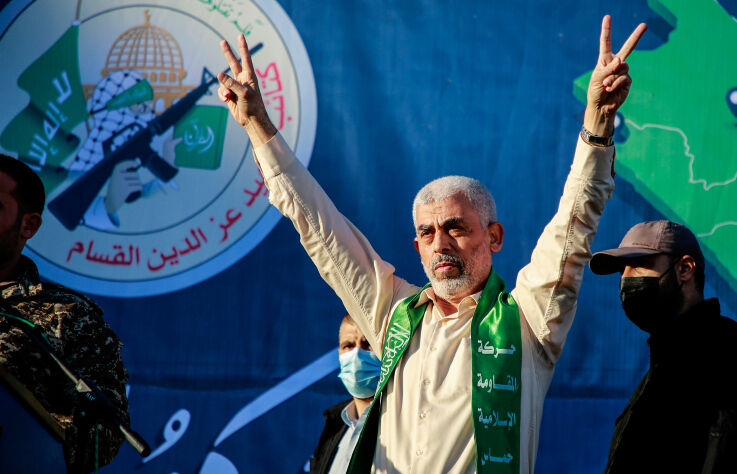 Did the champions of the 2005 Gaza disengagement, the ones who declared it would immeasurably improve Israel’s strategic situation, believe we would see the establishment of a new state? Did they believe this new country, Hamastan, would have Jerusalem as its capital?

Let’s lay our cards on the table. The way things look now, Hamas has achieved a dramatic strategic objective: control of Jerusalem. How else can we explain that in the capital of the Jewish state—the city Diaspora Jews dreamed of returning to for 2,000 years, the one we paid for in blood and the place where Israel’s historic kings once walked—we cannot march with our national flag due to purported security sensitivities? Or in other words, out of fear of Hamas’s response?

I, for one, never imagined we would put control of the city in Hamas’s hands, within the framework of security establishment dictates to the diplomatic echelon.

Let’s focus a bit on the democracy aspect. In a country where individual liberties, in particular freedom of movement, are respected, we should be able to travel freely in our capital, with or without Israeli flags. Yet the Jerusalem Day flag march was postponed, and now Israeli lawmakers—elected officials—have been banned from moving freely in the city. Some call the proposed march a provocation that could “raise tensions.

To this, we must ask: Is Jerusalem really in our hands? And what kind of democracy is this in the first place?

Given the thousands that protested outside the Prime Minister’s Residence weekly at the height of the coronavirus outbreak, claims that the flag march and the entry of Israeli lawmakers into Jerusalem’s Muslim Quarter constitute a “public threat” is ridiculous. In our country, the protection of individual liberties, it turns out, is dependent on their political context.

The decisions to cancel the march and to prevent lawmakers from entering the Old City are therefore anti-democratic. Furthermore, they were dictated by Hamas threats.

These decisions, adopted by the Israeli government in adherence to defense officials’ recommendations, are outrageous and constitute a serious blow to Israel’s national security. They are also an expression of the unfortunate fact that “Operation Guardian of the Walls” did not deter Hamas. This is the reality, and we should agree on it.

This fact must bring us back to the basic question: Why haven’t we acted decisively to destroy Hamas’s military force? After all, we’ve been here before. We prepared for it, but we never did it. This was the case even when half of Israel’s population was under fire, our capital was on fire and the port of entry to Israel, Ben-Gurion International Airport, was under attack.

The Israeli government has lost its sovereignty.

It’s not too late. The government must make the necessary decisions based on our national security needs—not for today, this week or this year, but for hundreds of years to come. I was taught that today’s acquiescence is tomorrow’s norm. This repeated cowering to Hamas has led us to a troubling norm in which there is no democracy and no sovereignty.

The fact that Hamas is the first organization to pose a threat to our capital and severely limit our citizens’ freedom of movement bolsters the conclusion this organization must be toppled, and its military capabilities eradicated. Complicated and difficult as this may be, it must be clear to every citizen here that this reality is intolerable. We must act quickly to change it fundamentally.

IDF Col. Ronen Itsik (res.) is a researcher and lecturer in political science and the author of “Behind The Armor: The story of an Israeli soldier,” describing military service and combat situations against terrorist organizations.

Caption: Yahya Sinwar, leader of Hamas in the Gaza Strip, at a rally in Gaza City, on May 24, 2021.
Photo by Atia Mohammed/Flash90.