Whale sharks have layer of teeth on their eyes, new study finds 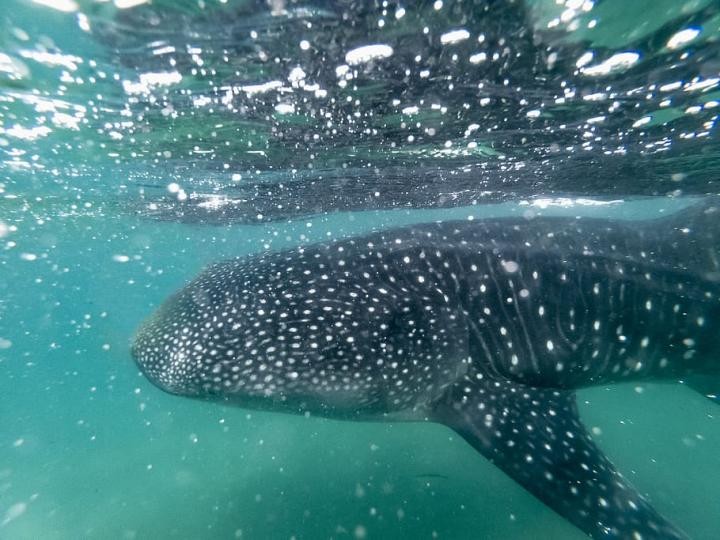 A new study has revealed that whale sharks, the largest type of shark, have eyes covered in a layer of teeth.

Called dermal denticles, the teeth are small structures that may at first glance resemble scales, but are in fact composed of tiny teeth. These structures are not entirely unique – in fact, shark skin is composed entirely of dermal denticles, which help the shark swim faster in the water by reducing friction.