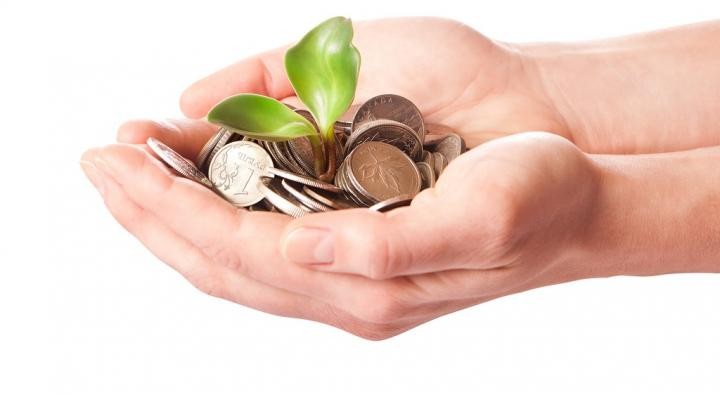 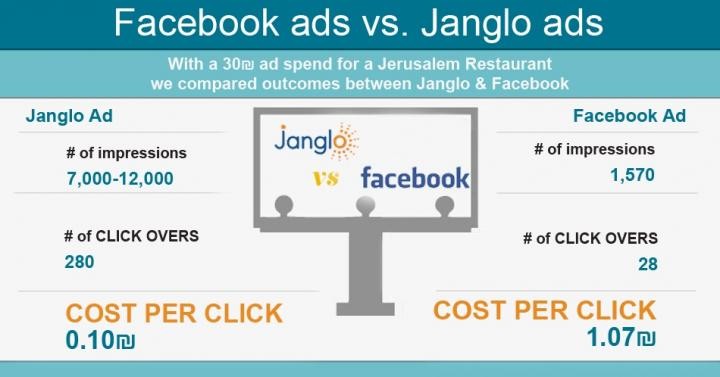 We've tested this many times, and we always arrive at the same result. Featured ads on Janglo consistently deliver better ROI than Facebook ads for small local advertising budgets.
Sure, great content can reach thousands or millions of people for free, but paid ads are a different story. Let's say you're organizing an event or sale for next week in Jerusalem. You'd set up a Facebook event, and share it all over the place. But now you have to decide: Is it worth spending a bit of money to promote it more heavily?
Our findings: An effective NIS 30 or NIS 180 campaign on Janglo can do 10X better than a similar expense on Facebook. Why? For two main reasons:
1. On Facebook, your exposure is based directly on how much you pay. On Janglo, you pay by the day to appear throughout the entire site. Every day means an estimated 5,000-10,000 views of your ad.
2. Your Janglo ad can also be shared through our email newsletter (55k+ subscribers) and social media channels (40k+ likes), giving you "2 for the price of one" amplification. 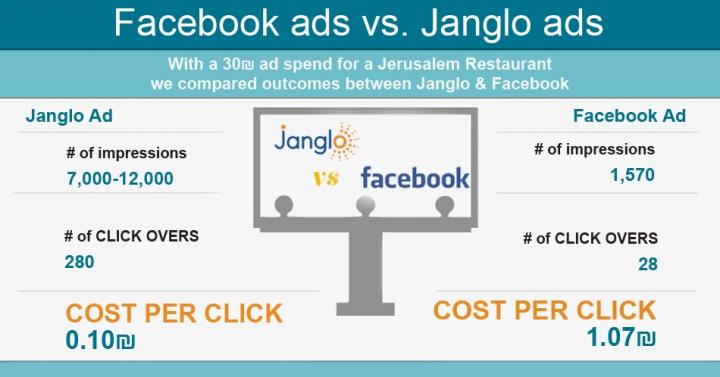 Let's look at one example campaign we recently ran for a kosher Jerusalem restaurant. Here's what we got for NIS 30 on Facebook:
The same NIS 30 budget for a one-day post on Janglo yields:
The difference is clear on parallel campaigns again and again. Learn more about featured ads or email us at [email protected]
Here are a few of the advantages Janglo offers over Facebook ads:

- While Facebook offers more sophisticated ad budgeting and targeting options than Janglo, comparably-priced packages on Janglo actually reach far more people in Jerusalem than FB, especially among the Jewish population.
- On Facebook, your results are based on how much you pay. On Janglo, you pay by the day to appear throughout the entire site. Every day means an estimated 5,000-10,000 views of your ad.
- Janglo ad campaigns can be promoted via email, on multiple sites, and on social media, offering a diversity of reach not offered with Facebook ad campaigns. This can total tens of thousands of extra eyeballs.

- Janglo is happy to offer marketing advice, small copywriting and translation help, and other resources to help ensure that your campaign is successful. For questions, email us at [email protected]

- Because Janglo is an Israeli company issuing tax receipts, spending "the same amount" on a campaign actually costs 17% less on Janglo, since the VAT is deductible.

- Money spent on Janglo helps Jerusalem residents like you send our kids to after-school activities and live normal lives in Israel. Money spent on Facebook goes... elsewhere.
Featured Janglo posts start at NIS 30 per day, NIS 180 per week, and NIS 600 per month. Learn more
You can set up your ad easily on Janglo. Start by posting a message. Once it's published, you'll see options for promoting your post. For any questions or assistance, email us at [email protected]