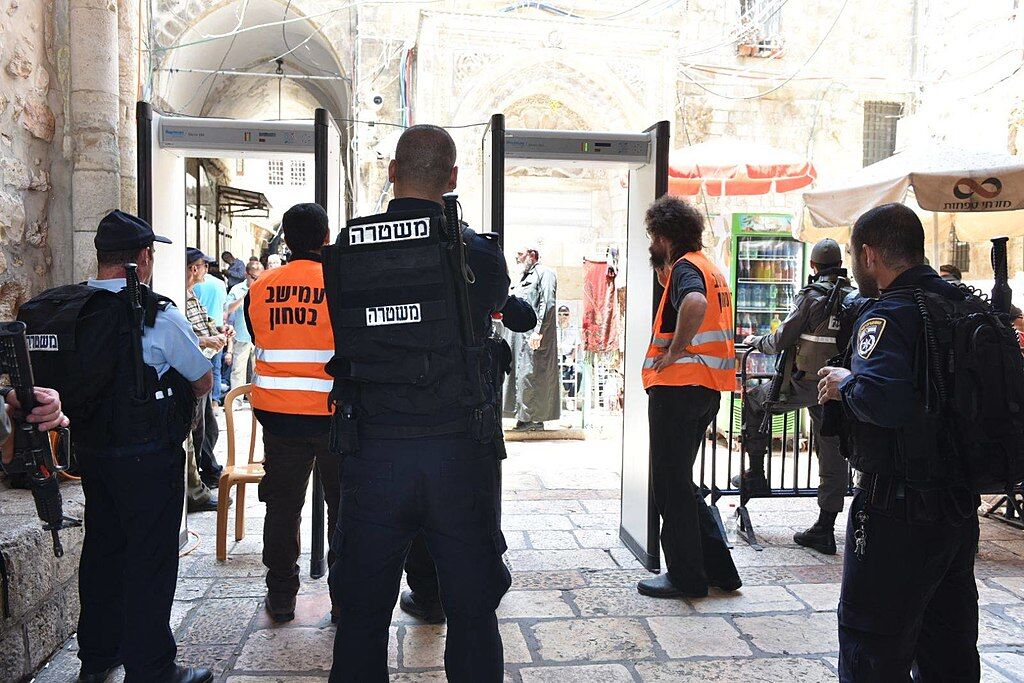 Clashes broke out in Ramallah and several refugee camps after Palestinian police broke up a rally in support of exiled Palestinian strongman Mohammed Dahlan and arrested several of his followers, Palestinian and Israeli sources reported Wednesday.

Residents of the Al-Amari camp in Ramallah staged a rally near the “Muqata” headquarters of Palestinian leader Mahmoud Abbas chanting support for Dahlan and were met by Palestinian police in riot gear who broke up the gathering, the Palestinian news website SHFA reported.

The supporters chanted “We are your men, Dahlan,” in support of the prominent Palestinian leader who is in self-imposed exile in the United Arab Emirates after falling out of favor with the Palestinian leadership. Postings on social media showed youths clashing violently with Palestinian police, in one case throwing Molotov cocktails while police responded with tear gas and stun grenades and made arrests.

The controversial Dahlan, 59, had been in charge of Gaza security for Fatah, the main Palestinian political faction led by Abbas, but was away from the Gaza Strip when the Hamas terror group seized control in a bloody 2007 military coup. Many in Fatah blamed Dahlan for the loss and later accused him of having murdered Palestinian leader Yasser Arafat.

Dahlan was accused of corruption and a trial was held in 2014, but by then he had already fled to the UAE.

Ben Menachem reported that the unrest had spread to numerous refugee camps around Judea and Samaria where Dahlan has many loyalists, including the Qalandiya and Al-Amari camps just north of Jerusalem as well as the camps in Jenin and Tulkarm, where supporters demanded the release of those arrested.

With tensions rising, Ben Menachem, the former Arab Affairs correspondent for Israel Radio and now a fellow at the Jerusalem Center for Public Affairs, questioned if the clashes could spark “an intifada in the refugee camps.”

There is no clear successor to Abbas as head of the Palestinian Authority. The aging Abbas, who turns 85 next month, was elected for a four-year term in 2005 and has been in power ever since, repeatedly putting off elections.

A Dahlan supporter interviewed by a Palestinian website friendly to Dahlan accused the Palestinian Authority of continuing its policy of arresting close associates of Dahlan in what was “political persecution of the reformist current” that Dahlan started in Fatah, Israel’s Channel 20 reported.

A senior Fatah official told Channel 20 that Abbas “and some of his associates are convinced that Dahlan, who is supported by the United Arab Emirates, is planning a coup.”

Another Fatah official said that although Dahlan has recently stated publicly that he is not interested in returning to participate in the “dirty games in the Palestinian swamp,” he is gradually working to establish a socio-political movement, one of whose bases will be in eastern Jerusalem.