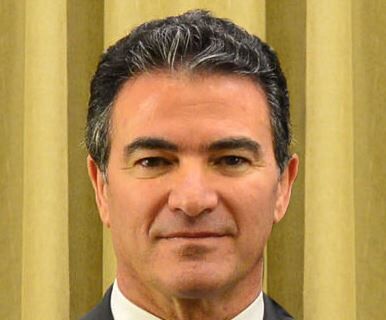 The recently retired head of Israel’s Mossad spy agency revealed that Israel not only knows who all the Iranian nuclear scientists are, it also warns them they should find new professions to avoid anything happening to them, Yossi Cohen said in an extensive interview aired Thursday by Israel’s Channel 12 News.

Cohen, who retired last week after just over five years as head of the Mossad, didn’t give many details, but revealed enough to let Iran know that Israel has deep insight into its quest to acquire nuclear weapons.

After the assassination of nuclear scientist Mohsen Fakhrizadeh–known as the father of Iran’s nuclear weapons program–Cohen let on that other scientists in Iran’s nuclear program received subtle warnings that they too could be targeted.

“If the scientist is willing to change career and will not harm us anymore, than yes, sometimes we offer them [an alternative],” Cohen said.

The now former-spy chief gave a theoretical example, describing approaching an Iranian nuclear scientist and suggesting to them “dear friend, maybe you will become a piano teacher?”

Cohen said the Iranians know what the alternative is because “they see their friends” and they understand the “essence” of the message.

Cohen added that if he was the one giving tours of Iran’s top secret Natanz nuclear facility, he would take visitors to the basement, because that’s were the centrifuges used for purifying uranium “used to” spin.

Last year, Natanz was hit by a mysterious explosion that reportedly destroyed a large number of centrifuges. Iran blamed Israel for the incident, and several other similar disasters including another explosion this April.

“[Natanz] doesn’t look like it used to look,” Cohen said.

Cohen did not say Israel took direct responsibility for the incidents, but left an impression that Israel knew enough details about the explosions that Iran would have to assume Israel could have been behind them.

Cohen also stood behind the decision of Prime Minister Benjamin Netanyahu to reveal publicly that Israel had absconded with the contents of a warehouse in Iran containing tons of documents about Iran’s nuclear program.

Although Netanyahu went against Israel’s normal policy of not revealing any Mossad activities.

Cohen said, “It was important to us that the world saw this. [We also wanted it to] resonate with the Iranian leadership, to tell them, ‘Dear friends: One, you have been infiltrated. Two, we see you.. Three, the era of … lies is over.'”

Although Iran claims its nuclear program is for “peaceful” purposes, a European Union spokesman said earlier this year that Iran’s move to rapidly produced purified uranium had no viable civilian uses.

Cohen’s comments to Channel 12 appeared to have been cleared by military censors, suggesting that Israel wanted to issue a new warning to Iran amid the Vienna nuclear negotiations, Fox News noted.