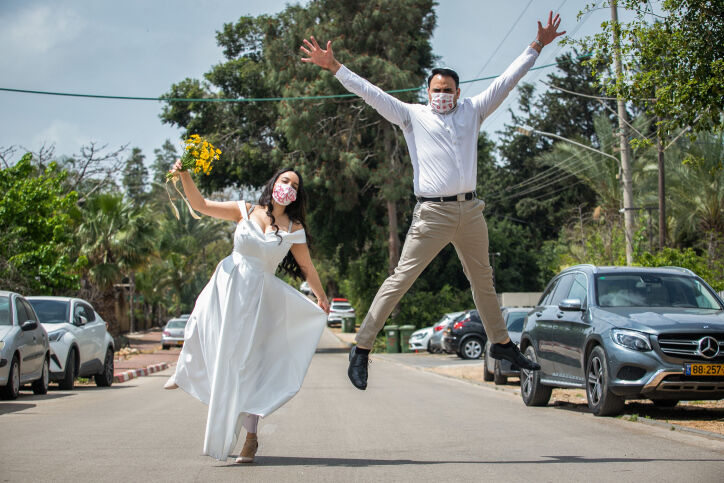 The Central Bureau of Statistics releases data on Israeli couples and singles right before Israel's version of Valentine’s Day kicks off.

Ahead of Tu B’Av, Israel’s version of Valentine’s Day, which begins on Friday night, the Central Bureau of Statistics released data on the relationship status of Israelis from 2019.

For the vast majority of Jewish couples, 87.8 percent that wed in 2019, this was their only marriage. Among 5.5 percent, both the bride and groom had been in previous marriages. Marriages in which a divorced man wed a single woman constituted 3.6 percent of weddings in 2019, while marriages between a single man and divorced woman comprised 2.4 percent of all weddings that year.

Since 2009, Israel has seen a decrease in first-time marriages among Israelis aged 30 to 34. Although just 3 percent of Jewish men aged 45 to 49 were single in 1970, that number increased to 13 percent in 2019. Among Jewish women in that same age group, the number increased from 2 percent to 11 percent over the same time period.

Jewish couples made up 2,189 of the 9,550 overseas weddings registered with the country’s Population Registry Office that year. Forty percent of Jewish couples who wed overseas in 2019 exchanged vows in Cyprus, while 25 percent did so in the United States and 9 percent in the Czech Republic. In at least 566 of these instances, one or both of the partners had made aliyah from the former Soviet Union.

This article was first published by Israel Hayom.

Caption: An Israeli couple poses for a picture before their wedding in Moshav Yashresh on April 6, 2020.
Photo by Yossi Aloni/Flash90.