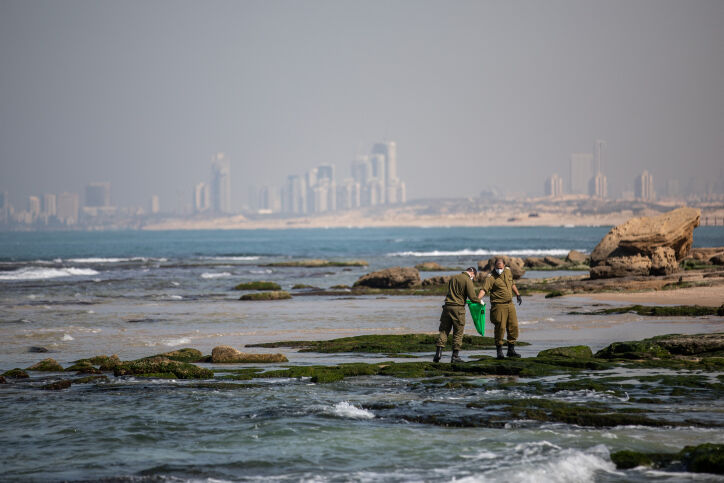 Environmental Protection Minister Gila Gamliel said the oil tanker in question had turned off its radios for nearly a full day.

Israel’s Environmental Protection Minister Gila Gamliel accused Iran on Wednesday of being behind a major oil spill off Israel’s coast from Feb. 1-2.

Gamliel tweeted that a Libyan-owned pirate ship called the Emerald that departed from Iran was responsible for the attack.

“Iran is waging terrorism by damaging the environment,” said Gamliel.

She added that in the past two weeks, researchers from the Environmental Protection Ministry have been working around the clock to find the “criminal ship.”

Gamliel was also quoted by Reuters as saying that the oil tanker in question had turned off its radios for nearly a full day before continuing on to Syria.

Israelis have rallied to clean up the tar that has contaminated nearly 100 miles of Israel’s 120-mile coast along the Meditteranean Sea and affected marine life and other organisms.

Caption: Israeli soldiers clean tar off the coast of the Palmachim beach from an offshore oil spill that affected most of Israel's coastline, Feb. 22, 2021.
Photo by Yonatan Sindel/Flash90.