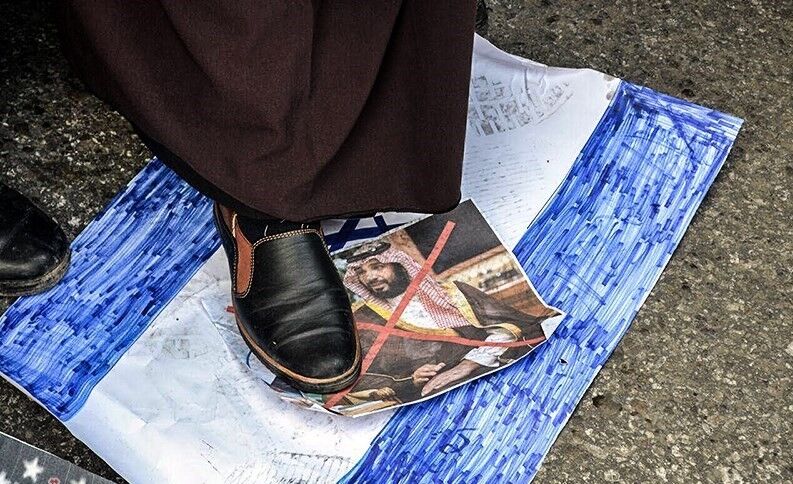 Rulers of Saudi Arabia have been exporting their anti-Semitic, anti-Christian and anti-Western beliefs around the world for decades, but Crown Prince Mohammed bin Salman seems to hold none of those views and is reigning in extremists.

The anger towards Saudi Arabia over the murder of journalist Jamal Khashoggi may lead to a catastrophic strategic error. Crown Prince Mohammed bin Salman (MBS) may be ruthless, but he is still preferable to the alternatives in Saudi Arabia. This is not to say U.S. policy towards Saudi Arabia should not change, but that we do not want another Saudi leader who undermines our interests and exports Islamic radicalism around the world.

A review of U.S. policy towards Saudi Arabia is long overdue but not because of Khashoggi’s murder.

As I documented in The Arab Lobby, the Arabists at the CIA, and the U.S. State and Defense departments—the true deep-staters—have told American presidents that adopting policies that anger the Saudis would threaten our access to oil supplies. Ironically, this began long before the United States imported any oil from the Saudis. For decades, the fear was the Soviets would get the oil if we didn’t genuflect before the monarchy. It was never a serious threat, though the Saudis effectively played us.

As we became more dependent on Saudi oil, the Arabists insisted administrations ignore Saudi bigotry, human-rights abuses and export of radical Islam. Consistently wrong in their analyses, they also argued that support for the creation of modern-day Israel and, later, the strengthening of U.S.-Israel ties would jeopardize relations with the Saudis. Instead, as Israel became a closer ally so did the Saudis.

Even after Saudi involvement in 9/11, the argument persisted that our economy and regional interests could be damaged by confronting the monarchy. To this day, the full report of the joint congressional inquiry regarding Saudi involvement has only been available to the public with redactions.

It was also in all presidents’ interest to sell the Saudis billions of dollars’ worth of weapons they didn’t need and still left them helpless without U.S. protection. We sold the arms because it was a way of getting the money we spent on Saudi oil back, it lowered production costs for the Pentagon, it created jobs in states with lots of electoral votes, and it helped the economy.

What should have been an obvious truth was that the Saudis needed us far more than we needed them. The prime directive of every member of the al-Saud family that rules the kingdom is to ensure their royal heads remain connected to their royal shoulders, and they have always understood their survival depends on the United States.

Saudi Arabia routinely abuses human rights, but the mistake MBS made was to kill a Saudi dissident (albeit one who was working for Iran’s ally Qatar) living in the United States whose work was being published working for one of the world’s most powerful media organizations. Still, even many legitimate journalists have been jailed or killed around the world without the United States changing its policy towards the countries responsible.

Take Iran, for example, which convicted The Washington Post’s bureau chief of espionage without the Post demanding that U.S. policy towards Iran be reviewed. On the contrary, the paper has been advocating improving ties with Iran. Maybe it’s because Jason Rezaian wasn’t dismembered and was eventually released. But what about the journalist who was killed, and the 15 others who were jailed in Iran in 2020? When Ruhollah Zam was hanged last December, the Post said we should stand up to Iran but restore the nuclear agreement.

Crimes against journalists are hardly the worst abuses perpetrated by Iran; nevertheless, the Biden administration is desperate to improve ties with the mullahs whose interests are diametrically opposed to ours.

There also don’t seem to be the same demands that the United States change its relations with Russia because Russian President Vladimir Putin poisons his rivals or with China because it puts Muslims in concentration camps.

I am not saying there should be no reaction to MBS’s criminal behavior. Biden’s decision to suspend arms sales is an excellent response since it sends a message to the Saudis that there is a penalty for killing an American. It also satisfies Congress whose opposition to another sale to the Saudis was ignored by former President Donald Trump. It also sets a good precedent for stopping the unnecessary sale of weapons to the Saudis who have more than $100 billion worth of some of America’s most sophisticated weapons and still can’t defend themselves from an army—albeit one backed by Iran—from the poorest country in the world.

MBS may be tyrannical and brook no dissent, but other al-Sauds have been and would be worse. Don’t forget this is a country that beheads people and cuts off other limbs even without orders from MBS. In 2019, the Saudis set the dubious record of beheading more than 180 people, more than ever before.

While MBS has set out to reform the kingdom, others in the royal family would prefer to go back to the days of strict adherence to the extreme Islamic beliefs of Wahhabism. Rulers of Saudi Arabia have been exporting their anti-Semitic, anti-Christian and anti-Western beliefs around the world for decades, but MBS seems to hold none of those views and is reigning in extremists.

MBS has initiated extraordinary reforms in the context of Saudi culture and religion. The advances in women’s rights would have never happened under another ruler and could be reversed by the next one if it’s not MBS. Female activists were also jailed so there are still limits to how far he is willing to go in liberating women, and his intolerance for dissenters is not bound by gender.

On the positive side, it was unthinkable for the Saudis to show any private, let alone public, sympathy towards Israel. Though they have not taken the leap of normalizing ties with Israel, Saudi approval was necessary for neighboring Bahrain and the United Arab Emirates to establish relations with Israel. That was unlikely to have happened without MBS. MBS is no Zionist; he recognizes that Israel can help secure his royal head by cooperating in the fight against Iran.

If the Biden administration builds on these positive developments, avoids the quicksand of the Palestinian issue and abandons the idea of appeasing Iran, the region could be transformed.

In the meantime, we should treat Saudi Arabia as a country that needs us more than we need them. But we should also recognize, in the case of MBS, the alternative to the devil we know is likely to be much worse.

Mitchell Bard is a foreign-policy analyst and an authority on U.S.-Israel relations who has written and edited 22 books, including “The Arab Lobby, Death to the Infidels: Radical Islam’s War Against the Jews” and “After Anatevka: Tevye in Palestine.”