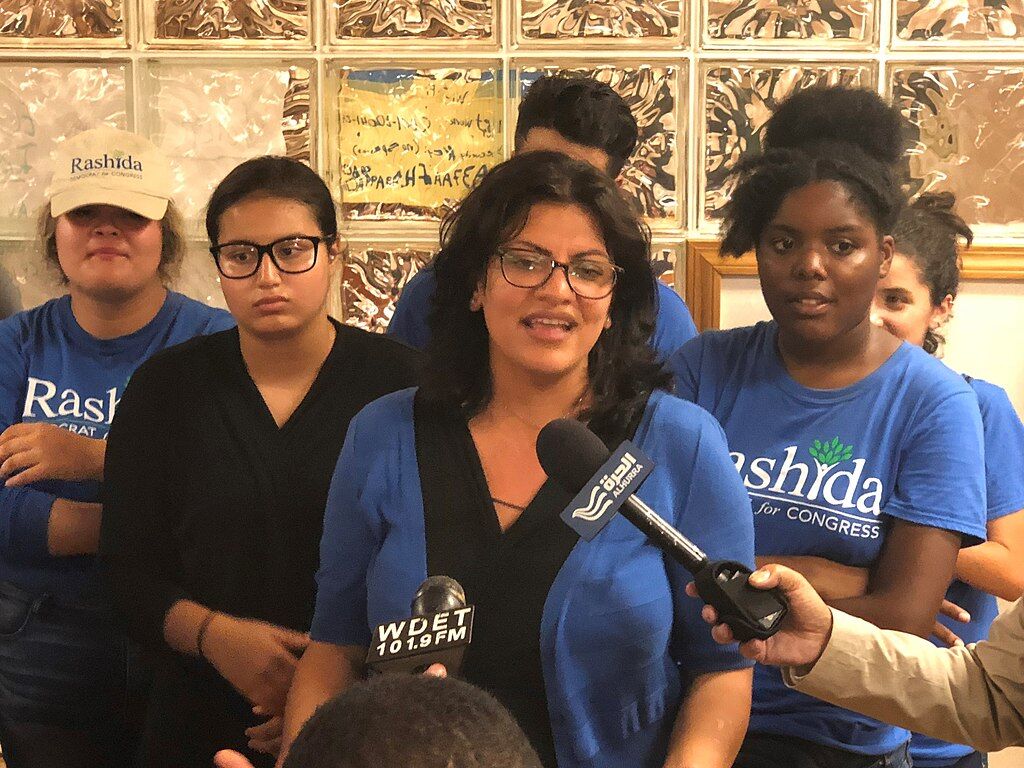 According to the release, the organization was investigated by the Israel-based Alma Research and Education Center, which indicated that some of the money donated to Baitulmaal goes to the Gaza-based charity organizations United Friends Association for Social Development (UFA).

A pro-Israel group in the United States is calling on Congress to investigate Rep. Rashida Tlaib (D-Mich.) for her apparent support to a charity group tied to terrorist activity in the Gaza Strip.

In a news release on Tuesday, Endowment for Middle East Truth (EMET) pointed to an Aug. 21 retweet by Tlaib promoting the Dallas-based Islamic charity, Baitulmaal. The retweet was later removed.

According to the release, the organization was investigated by the Israel-based Alma Research and Education Center, which indicated that some of the money donated to Baitulmaal goes to the Gaza-based charity organizations United Friends Association for Social Development (UFA).

UFA has been accused of maintaining close ties to the Hamas terrorist organization and holds strongly anti-Semitic views. The organization is also accused of distributing money to families of Palestinian martyrs.

Baitulmaal’s director, Mazen Mukhtar, is an Egyptian-born imam and activist who was subject to a counterterrorism investigation for running a website that solicited donations for the Taliban and other jihadists, according to a 2004 Washington Post article.

“Unfortunately, many Islamic terrorist organizations, such as Hamas, take on a benevolent façade and do give some of their funding to hospitals, schools and orphanages to win the hearts and minds of the people. They use this as an attractive marketing device to recruit fighters for their cause,” said EMET founder and president Sarah Stern in the release. “Unfortunately, there are front groups in the U.S., such as Baitumaal, who appear harmless but funnel money to Hamas or other terrorist entities, aiding the enemies of the U.S. and Israel.”

EMET called on the House Ethics Committee to investigate Tlaib’s conduct in this situation and for the U.S. Department of Treasury to investigate Baitulmaal’s financial connections, rescind its 501(c)(3) status and use its Terrorist Finance Tracking Program to uncover the financial networks of such groups in the United States.

“In recent years, terrorist organizations such as Hamas and Hezbollah have become very sophisticated in financing their terror activities, which include soliciting money under the false pretense of charity. Those funds are not only used to support their operations, but also to enhance their prestige among the population and increase the efficacy of their recruitment efforts,” EMET wrote in its release.

“This is not the first and not likely to be the last case of terrorist organizations collecting money in the U.S. under the false pretense of charity. Yet, this is the first time, as far as we know, that a sitting member of the United States Congress has used her platform to solicit donations that may ultimately find their way to the pockets of terrorists listed as a terrorist organization by the Department of State.”