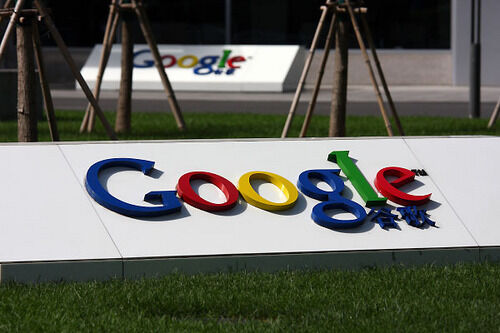 Verily Life Sciences, a subsidiary of Google’s parent company Alphabet, has opened a new R&D center in Israel and will work with Israeli hospitals and healthcare organizations on applying artificial intelligence (AI) techniques to important biomedical problems. These include applications in endoscopy, colonoscopy, minimally invasive surgery, and other imaging modalities.

The center will advance early research by Google Health and Jerusalem’s Shaare Zedek Medical Center on the application of AI in the detection of colonic polyps, Verily indicated.

Verily, previously known as Google Life Sciences, was founded in 2015 as a research organization and was a part of Google X, the tech giant’s somewhat secretive research and development division set up in 2010 that works on “moonshots,” or very out-there ideas and technologies. In fact, Google X became X – The Moonshot Factory and is opening its first non-US Moonshot Lab in Israel this year.

Verily’s focus is on the study of life sciences and healthcare and it collaborates with renowned companies and organizations “committed to making a positive impact on human health.”

Colorectal cancer (also known as bowel cancer and colon cancer) usually begins with small, pre-cancerous growths on the inner lining of the colon or rectum. They can become cancerous with time and their early detection (through a colonoscopy) and removal can be an effective form of treatment. But complicating factors, such as incomplete detection (in which the polyp appears within the field of view, but is missed by the gastroenterologist) and incomplete exploration (in which the polyp does not appear in the camera’s field of view), can lead to a high fraction of missed polyps, the co-authors of the study explain in a Google blog post. They cite studies that suggest that between 22–28 percent of polyps are missed during colonoscopies, of which between 20–24 percent have the potential to become cancerous.

The research team set out to develop a large-scale AI system that would better detect polyps, training it with videos and metadata from 3600 procedures and testing it on 1400 procedures where it detected 97 percent of the polyps at 4.6 false alarms per procedure, the co-authors wrote.

The study, which follows the system’s progress in detecting elusive polyps, was recently published in the peer-reviewed journal Gastrointestinal Endoscopy.

The team also ran clinical validation on 100 procedures in collaboration with the Shaare Zedek Medical Center to determine whether the AI application could improve the detection of colonic polyps compared to human evaluation alone. The system was used in real-time to help gastroenterologists and detect an average of one polyp per procedure that would have otherwise been missed, while not missing any of the polyps detected by the gastroenterologists, the authors said. The validation yielded 3.8 false alarms per procedure.

“AI has great potential impact in healthcare and biomedicine, and the research collaboration between Google Health and Shaare Zedek shows the promise of using AI for medical applications,” said Professor Yossi Matias, VP Engineering and Research at Google and Head of Google’s Engineering Center in Israel, in the Verily statement. “We’re excited about Verily coming to Israel, advancing the research collaborations, and bringing together Verily’s approach to healthcare, data science and technology with Israeli innovation and its advanced healthcare system.”

Verily in Israel
Prof. Eran Goldin, director of the Digestive Diseases Institute at Shaare Zedek said that the collaboration with Verily has led to the introduction of “a highly precise model using AI to identify and map colonic polyps in ways that will enhance diagnosis and treatment.”

“This represents how close partnerships between clinical and technology leaders can have very significant and lasting benefits for the medical community,” he added.

The Verily Israel team will work from Google offices in Haifa and Tel Aviv, and will be led by Ehud Rivlin, professor of Computer Science at the Technion, who has worked with Google Health.

“Israel, often referred to as the startup nation, has a culture of innovation and a strong track record of success in accelerating technological developments,” said Rivlin in the Verily statement. “The country has excellent academic institutions all within a short distance of our offices, providing the opportunity for easy collaboration.”

Rivlin praised Israel’s vibrant health ecosystem which he described as “ideally suited for innovation” given that the country’s population is covered entirely by four HMOs with more than 20 years’ history of digitization.

“Beside the ability to provide better healthcare, this unique scenario has helped to create an impressive number of startups in healthcare. The country is eager to move healthcare forward via innovation, and has fostered a strong R&D ecosystem. Hospitals and HMOs are looking to innovate and we are looking forward to partnering with them. We are looking forward to fulfilling Verily’s vision here in Israel, contributing both to Verily and to the wider Israel healthcare system,” said Rivlin.